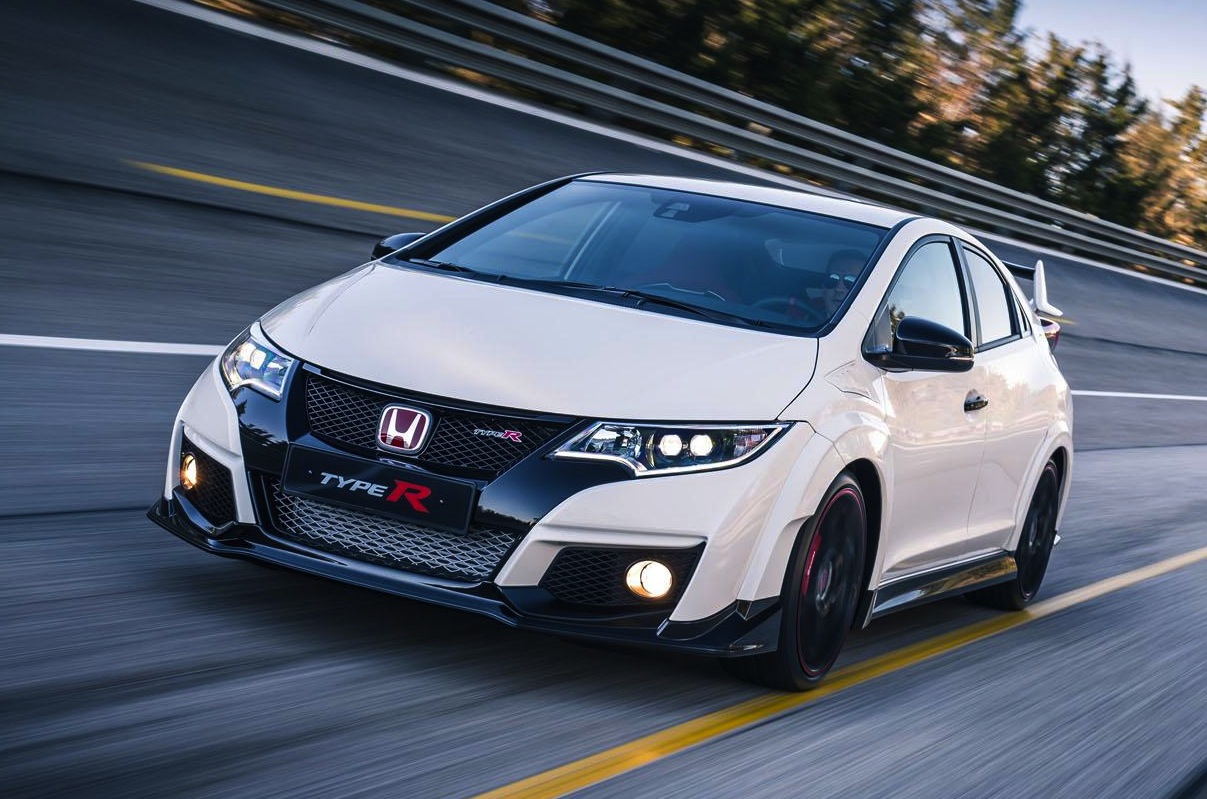 This is finally it everyone, the all-new 2015 Honda Civic Type R. Honda calls it a race car for the road, featuring the first turbocharged engine for a Type R model. 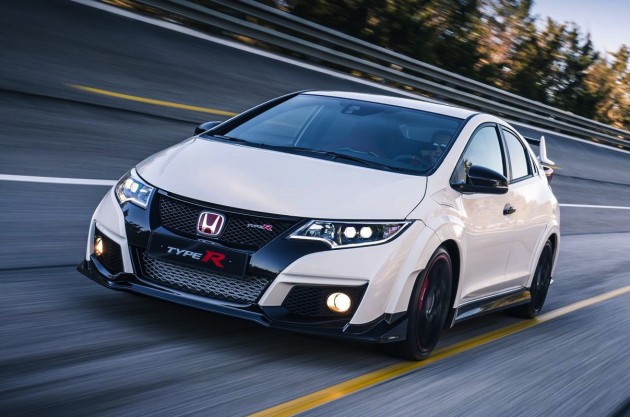 We’ve already seen countless teaser images, prototype shots, and even almost-production-ready concepts. But finally this is exactly the car you’ll soon be able to buy from Honda showrooms. It is, at least in design terms, the most outlandish production Honda Civic ever.

Honda’s engineering department underwent extensive aerodynamic analysis and testing to come up with the body, including using computer-based CFD modelling and wind tunnel development. And as you can see, the humble Honda Civic has been transformed into a spaceship for the road.

At the front there’s a purposeful and aggressive chin spoiler which forms into the bumper bar. A wide splitter and deep side skirts help to guide airflow and reduce overall lift at speed. The front bumper bar has also been designed to reduce turbulence around the front wheels. 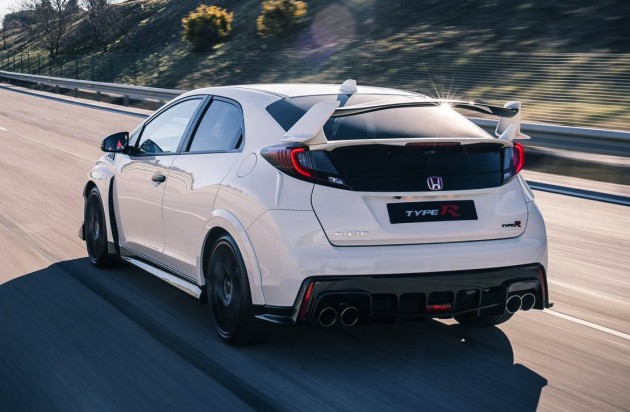 Underneath the car is almost completely flat, Honda says, allowing airflow to be extracted quickly via the rear diffuser effectively sucking the car to the ground. Meanwhile, up near the roof is a huge rear wing which causes a significant amount of drag and downforce at speed to aid high-speed cornering grip.

So, what powers the new beast? Under the bonnet sits a brand new 2.0-litre turbocharged VTEC engine that produces 228kW of power at 6500rpm, and 400Nm of torque at a low 2500rpm. It redlines at 7000rpm. These are the most impressive figures of any previous four-cylinder Honda engine, allowing the hatch to sprint from 0-100km/h in just 5.7 seconds with a top speed of 270km/h.

The engine is matched up to a six-speed “slick-shifting” manual transmission sending power to the front wheels. Speaking of which, the wheels are 19-inch alloy items wearing 235/35 tyres that were specially developed for the Civic. Behind these are a set of performance Brembo brakes, with 350mm front discs clamped by four-piston calipers.

A new four-point adaptive damper system has been incorporated underneath, providing the driver with “exceptional road holding”, while the front axle is supported by a Dual Axis Strut which Honda says helps to reduce torque steer by 50 per cent compared with the regular Civic’s setup. It’s all controlled by a dual-pinion electric power steering system.

To provide the driver with a suitable office space, the new Civic Type R features lots of Type R components inside, such as a machined aluminium gear knob, high-backed sports seats with suede-effect sections for hip-hugging grip, and splashes of red stitching to provide a racy atmosphere. 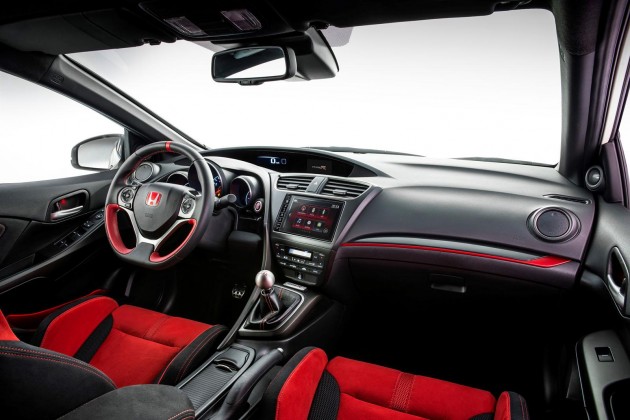 Perhaps the most inviting element of the cabin is the little +R button. Once engaged, the engine response, steering, and adaptive dampers are all altered for an even more engaging and intense driving experience. The damping force is increased by 30 per cent in this mode, for firmer and more agile handling.

Honda Australia has confirmed the new Civic Type R will eventually be introduced locally, probably after it hits other international markets during the middle of this year. Prices are yet to be announced, however, as a guide the previous-gen Civic Type R, which was less powerful and less advanced, retailed from $39,990. The new version is expected to be priced above this.