When it comes to retro appeal and raw performance, air-cooled Porsche 911s are up there with the best. This DP Motorsports Porsche 911 build from Germany fits the bill perfectly. 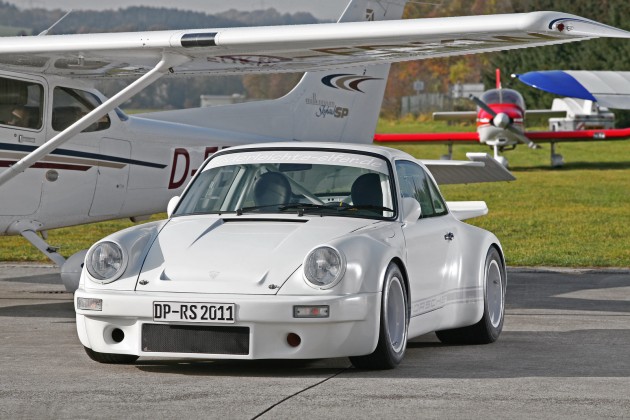 It features not just a heavily tuned engine; vast body modifications are also implemented on this DP Motorsports Porsche 911 to ensure optimum lightweight performance. Pretty much every panel is swapped for a bespoke carbon fibre item, with vehicle weight tipping in at just 870kg.

That lightweight element alone is enough to have any well-kept pre-1990 Porsche 911 shaking in its boots even with an old 1970s engine. The DP Motorsports Porsche 911 also gets a healthy dose of engine revisions just to make sure. 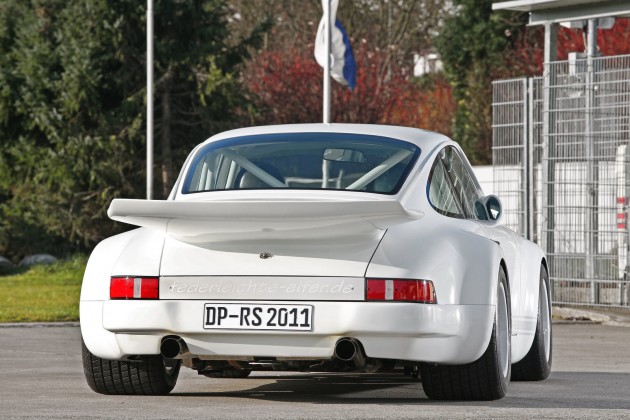 DP Motorsports hasn’t released any acceleration numbers but this thing should have no trouble doing the 0-100km/h dash in under 4.0 seconds. And to make sure the carbon fibre 911 stays straight and true, DP Motorsports also fits a limited-slip differential linked to a G50 five-speed manual transmission.

As for the rolling stock, the DP Motorsports Porsche 911 sits on 15-inch traditional Fuchs wheels with tyres measuring 225/50 on the front and 345/35 on the rear. These sit nicely in the arches thanks to a coilover suspension kit with Uniball bushings at the rear.

We’ll stop talking now so you can check out the images. It’s an awesome package, and reminds us of the equally awesome Singer Design Porsche 911 builds.