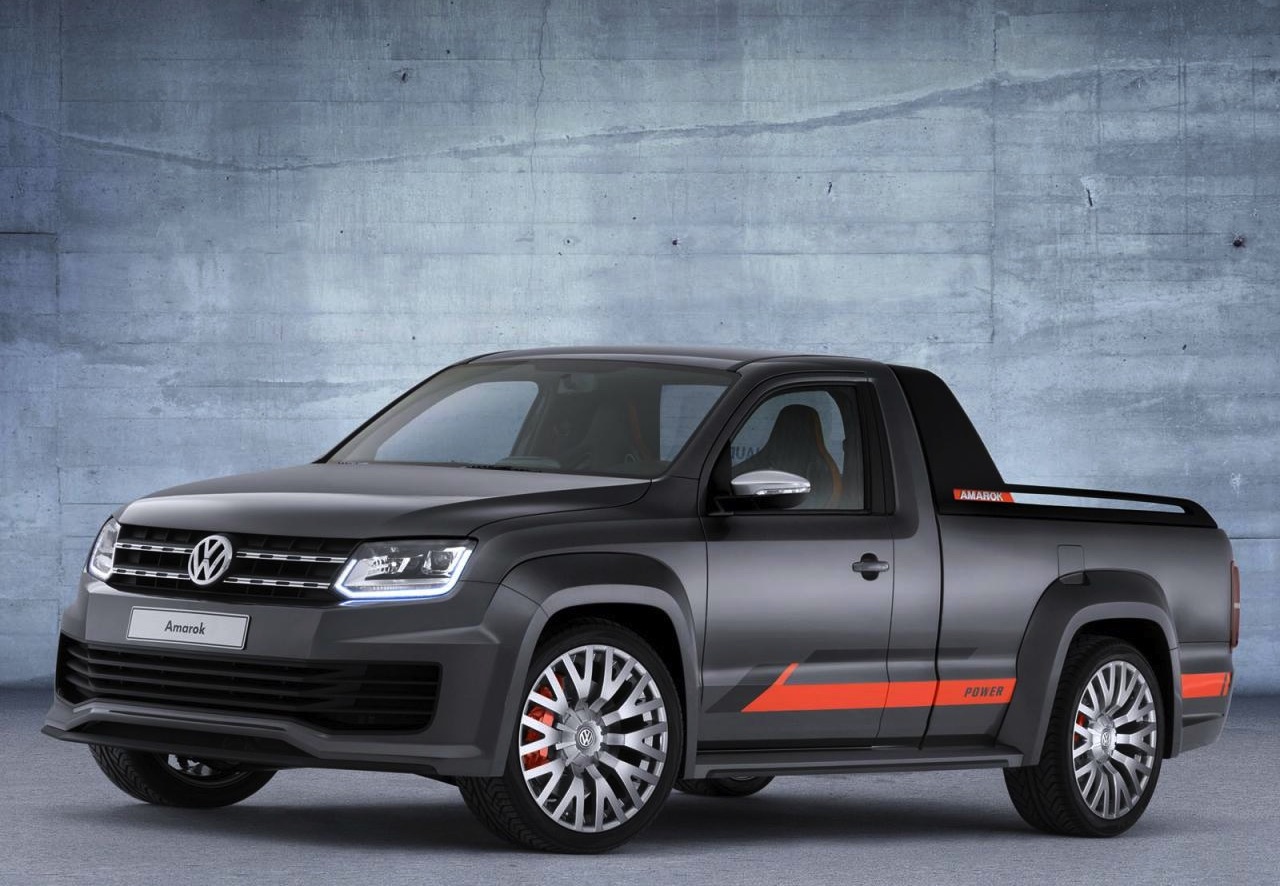 Volkswagen has updated the Amarok R-Style concept for this year’s Worthersee event in Austria, and called it the Power. It was first revealed at last year’s event. 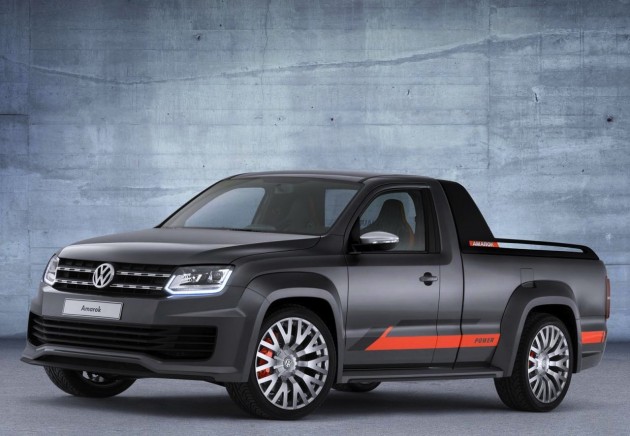 These images, which have just surfaced online, reveal a new bodykit for the tough truck. There’s also some new LED headlights, silver 22-inch alloy wheels, a sporty roll bar in the back, and a fresh grey paint job with orange stripes.

The seats have been removed from the tray, while the interior has also been given a lick of freshness, with a matching grey and orange theme, sports seats, and Alcantara trim. 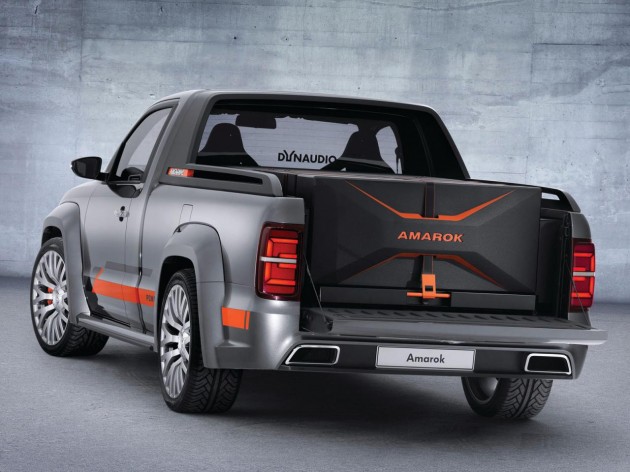 Specifics on under-bonnet performance are yet to be uncovered. Last year’s version came with a 3.0-litre turbo-diesel V6 producing 200kW of power and 600Nm of torque. Acceleration from 0-100km/h came up in 7.9 seconds.

Volkswagen will unveil the concept at the big event, which starts today (tomorrow in Europe).