Ever wondered what Australia’s quickest and fastest turbo car is at the moment? It’s Rob Campisi’s CV Performance Ford Mustang, and yesterday it just shaved a couple of milliseconds off its record time, from 5.97 seconds to 5.95 at 260mph (418.9km/h). 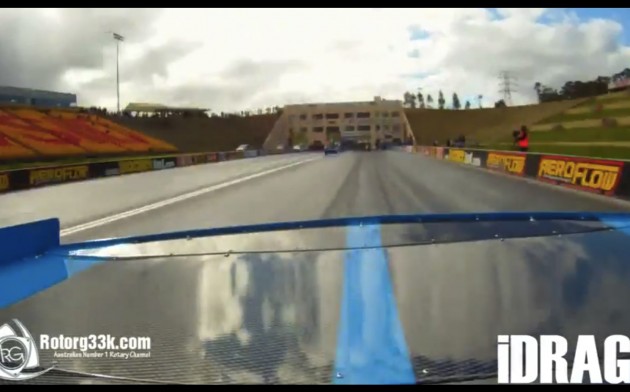 Rob Campsi’s CV Performance Ford Mustang is not your average Mustang, by any means. It features a full tubular chassis and a carbon fibre body. The engine is a heavily twin-turbocharged 10.35-litre (632ci) Ford big block backed up by a two-speed Powerglide transmission.

CV Performance claims the Mustang is the quickest turbo Mustang in the world using a Powerglide transmission. We don’t doubt it. Take a look at the video below and see what you think. The video is of the 5.97-second run a couple of weeks ago, but it captures the moment very well.