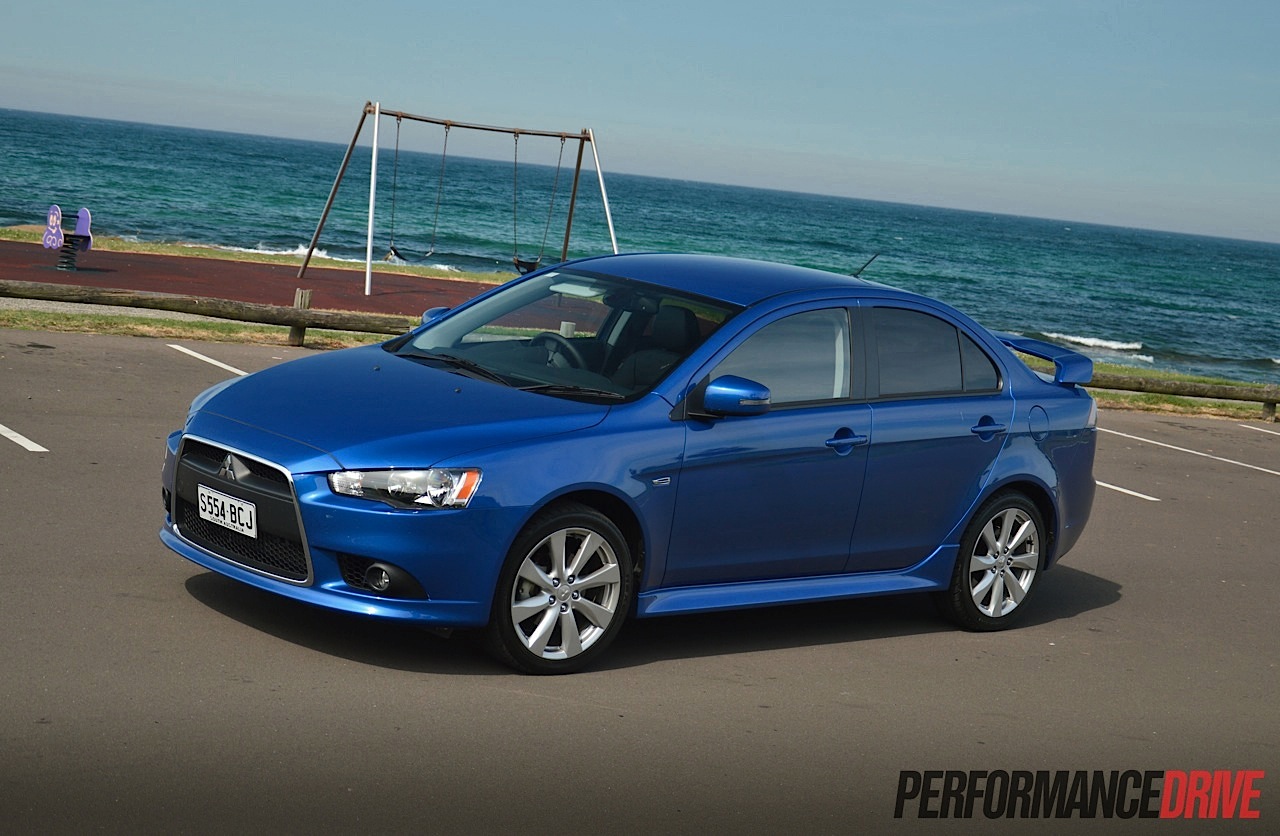 It might be called the 2015 Mitsubishi Lancer but most car fans will notice this shape has been around now since 2007. Can it keep up with the more frequently-updated rivals in this very competitive segment? 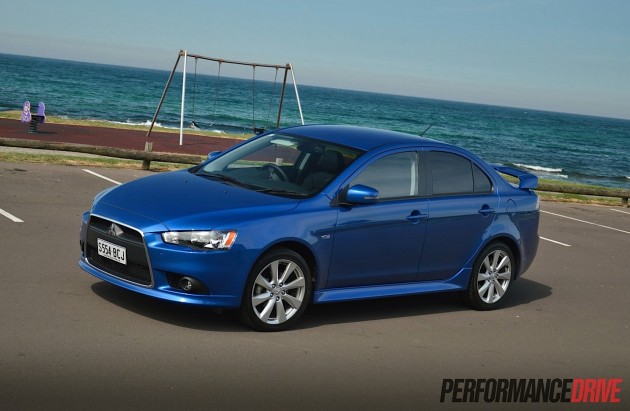 Mitsubishi has a habit holding onto model generations for as long as it can; the precursor to this shape was around from 2000 until 2007, and the one before that was around from 1988 until 2000.

On first impressions, about the only thing that is ‘new’ about the MY2015 Lancer is the XLS badge. It replaces the previous VRX, sitting at the top of the non-turbo lineup (before Ralliart and Evolution X).

The important bits under the bonnet remain unchanged, with a 2.4-litre naturally aspirated four-cylinder engine producing 125kW and 226Nm. It can be had with either a five-speed manual or a constantly variable auto (CVT) as tested here. 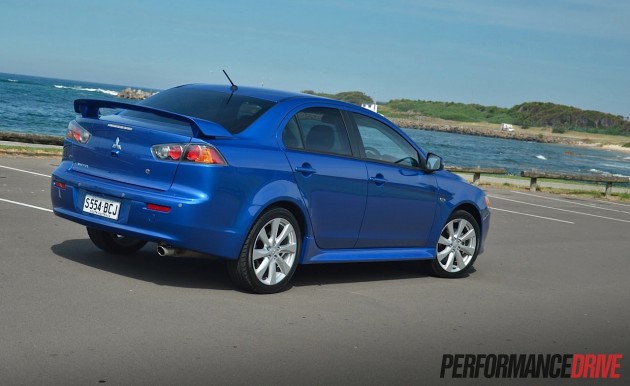 Compared with the more modern rivals in this price bracket, the Lancer is noticeably aged. The interior design and all of the major fixtures are basic. The upshot to this is it is very easy to use and immediately familiar. In a world where cars – and products in general – are becoming more and more complicated, it can be refreshing to sit in a vehicle that you don’t need to get used to or read a manual to understand how it works.

For the driver there’s an ideal driving position. You can sit low with the steering wheel high for a sporty layout, or you can raise the seat up for a more commanding driving position. All of the controls are in arm’s reach, including a proper handbrake lever, and since the dash is not overly complex you only need to glance over it once or twice to remember where everything is.

The XLS gets a standard 7.0-inch touch-screen interface which incorporates various Mitsubishi apps, such as radio and multi-format media playback, and satellite navigation with 3D maps. You also get a reversing camera as standard, auto wipers and headlights, heated front seats, and a beaut nine-speaker Rockford Fosgate stereo which includes a beefy sub-woofer in the boot.

We found the sat-nav system to be a bit fidgety during our test, but the rest of the interface is really simple and instantly fathomable. The buttons within the screen are quite big too which means you aren’t going to be concentrating too hard on getting it right with one quick gaze.

Cabin space is among the biggest in the class. Front seat space is more than enough for most people, while even in the back you can get three adults across the bench, albeit a bit squishy for the middle seat rider. Boot space is also favourable compared with the rest of the market segment, with 377 litres available. The boot floor is relatively low for effortless loading, and the boot area doesn’t flow too deeply toward the front where objects are hard to reach.

Overall, you could describe the cabin experience as cheap yet cheerful. There is a lot of plain black plastic used for the dash and centre console, and a lack of modern design for the buttons and controls, but it is friendly and easy to live with. The darkness of it all paired with leather and some silver highlights gives it a sporty character too, especially with tinted windows. With the foundations of the legendary Lancer Evolution, the standard Lancer platform has been developed with serious performance in mind from the get-go. The platform needs to be able to handle everything from race circuits, rally tracks, and the odd boy-racer scrapping over speed bumps.

Of course, the XLS does not come with the stiffness and added chassis reinforcement that the Evolution X gets, but knowing the chassis needs to be good enough for such an iconic car means engineers have had to lay down exceptional foundations to start with. As such, the Lancer XLS is a superb-handling small sedan. There is very little body roll and the steering is beautifully precise with just the right amount of engagement for this segment. It darts in and around corners with a tight and solid handling character, and it holds on with confident grip.

For sporty drivers, the Lancer XLS is one of the better options around. For everybody else, it’s an enjoyable and controllable small sedan. We found road noise to be on the high side for this segment, however, the ride quality and comfort is excellent, particularly considering it wears 18-inch alloy wheels.

As for the powertrain performance, the Lancer 2.4 was one of the most powerful engines around just a few years ago (for this segment). Now though, the others have started to catch up and overtake in some cases. It doesn’t stop the Lancer from being a good mid-range contender though.

We timed 0-100km/h in a breezy 8.2 seconds, which is about as quick as an automatic 2.0L Mazda3 from 2012. The CVT provides good pulling torque, and it has no major trouble hauling around a full car load. Up hills the CVT likes to send the engine singing to its peak torque range at about 4000rpm. In this situation, engine noise does intrude on cabin serenity.

While performance has slipped from good to about average for this type of vehicle, economy has certainly fallen right behind the rivals. The official average consumption is 8.5L/100km. This is much higher than almost all of the major rivals. However, it is one of those cars that you can actually achieve the official average in the real world – we averaged 8.8L/100km in mixed conditions. 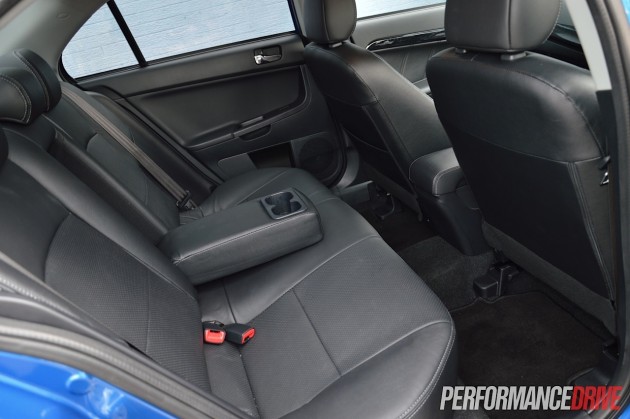 Instead of looking at the Lancer XLS as an aged product that’s been given a new badge in a bid to freshen up its existence, consumers interested in this type of vehicle should appreciate the pure simplicity and ease of use offered here. It’s also one of the more capable sedans in terms of handling, and it comes with plenty of features and a friendly price tag. 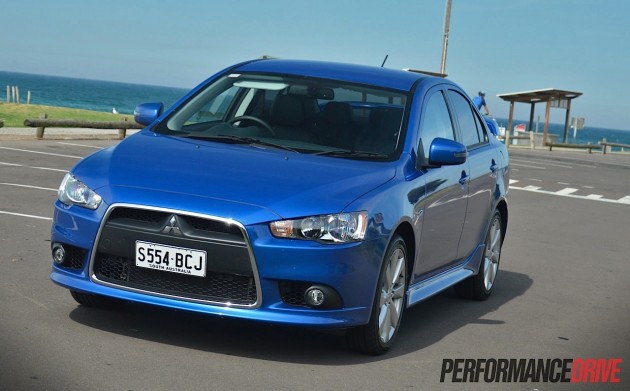