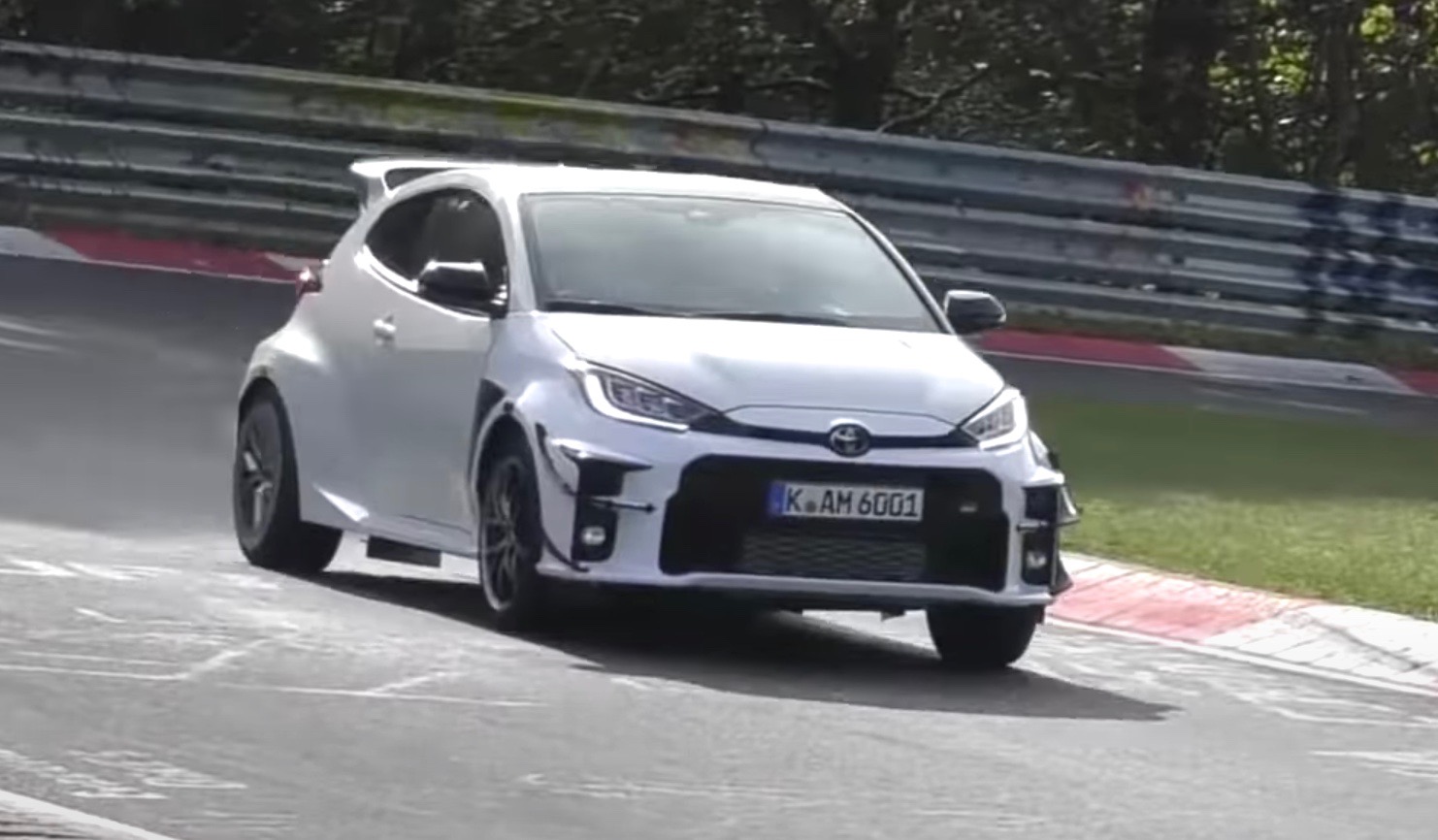 It’s rumoured that Toyota is preparing an even hotter version of the already-piping GR Yaris. It’s set to adopt the GRMN name. A spy video has just surfaced showing what could be the makings of such model. 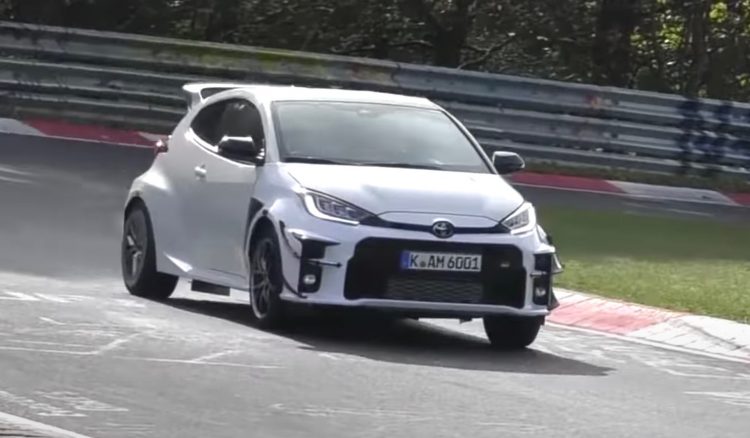 The GR Yaris is one of the most hotly-anticipated hot hatches of the year. Here in Australia, the first 1000 units destined for local shores sold out in just a week. Not only is it the most powerful hot hatch in the compact class, it’s also the only one to feature all-wheel drive.

Power comes from a 1.6-litre turbo three-cylinder that produces 200kW and 370Nm. This is sent through a six-speed manual. Toyota says 0-100km/h comes up in 5.2 seconds, while the top speed is electronically limited to 230km/h.

These stats already look pretty darn good, right? Well, the ante could soon be upped. It’s believed Toyota could be planning an even more hardcore version. By the looks of this somewhat mysterious prototype being tested at the Nurburgring, aerodynamics seem to be one of the key enhancement focus areas. 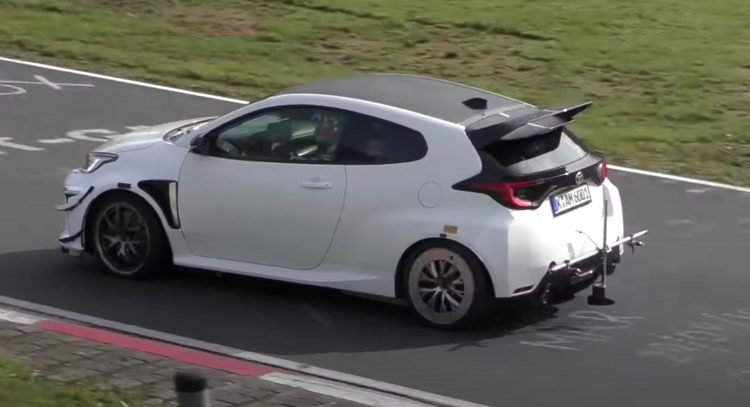 The first few shots in the video show a regular GR Yaris. However, at about the 0:50 mark, a tweaked test mule comes in. Check out the winglets on the front bumper bar, and, what looks to be, a carbon fibre roof. And then right at the back is a double-stack wing, with the upper extending much further than the standard item.

Now, we know Toyota Australia is planning to offer a special Rallye edition of the GR Yaris next year. It’ll come with limited-slip differentials at the front and rear, sportier Michelin tyres, and BBS forged wheels. Only 250 will go up for grabs. But above that, the GRMN could launch as a more serious and more exclusive weapon.

Toyota has previously outlined the naming structure for its sports models. Basically, GR Sport is for sporty variants of existing models, then GR is for proper performance models, then GRMN is reserved for really hardcore stuff. There’s also a ‘Supra GRMN’ set to be on the way, for example.

The company is yet to confirm any official details on a possible GRMN Yaris though, so we’ll just have to wait and see at this point. Take a look at the spy video below in the meantime and see what you think.