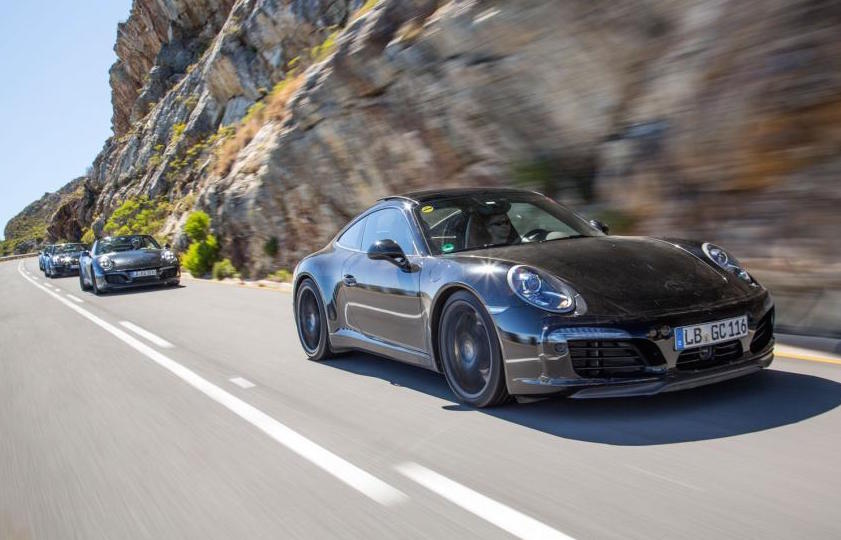 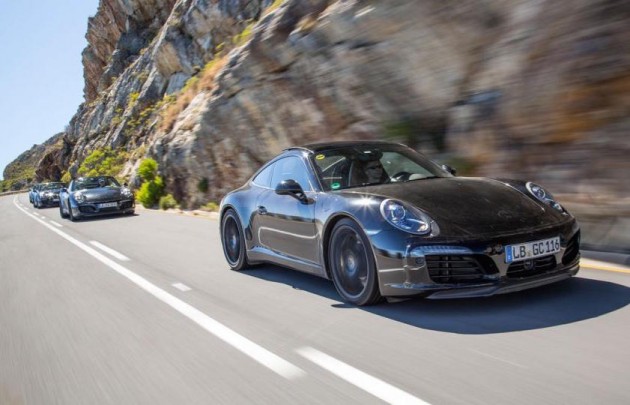 The new model, dubbed the 991.2, is set to feature only minor design changes over the existing lineup. A new front grille and headlights, as well as an updated engine cover (vertical slats on some models) and centrally-mounted exhausts are pretty much the gist of it.

However, in the engine compartment is where we are expecting to see the biggest changes. You see, Porsche is said to be working on new range of turbocharged engines, including four-cylinder units.

While the company has refrained from confirming where these engines will sit, in terms of variant levels, it is likely to swap at least the entry-level 3.4-litre flat six with a new turbo unit. There’s speak of a 2.7-litre turbo, producing around 300kW, which could be introduced.

At the top end of the range the 911 Turbo is likely to carry over the existing 3.8-litre twin-turbo flat-six. Power and torque will probably be lifted slightly, with reduced fuel consumption as per usual model updates.

As you can see in these images, Porsche engineers are doing some thorough test driving in various conditions. This tells us there could be a range of chassis and handling revisions on the way for the iconic sports car. One of the images also shows a new driving mode selector for the steering wheel, which could be introduced on at least one of the variants.

We’ll have to wait and see to know more. A full debut tipped for the Frankfurt show in September.