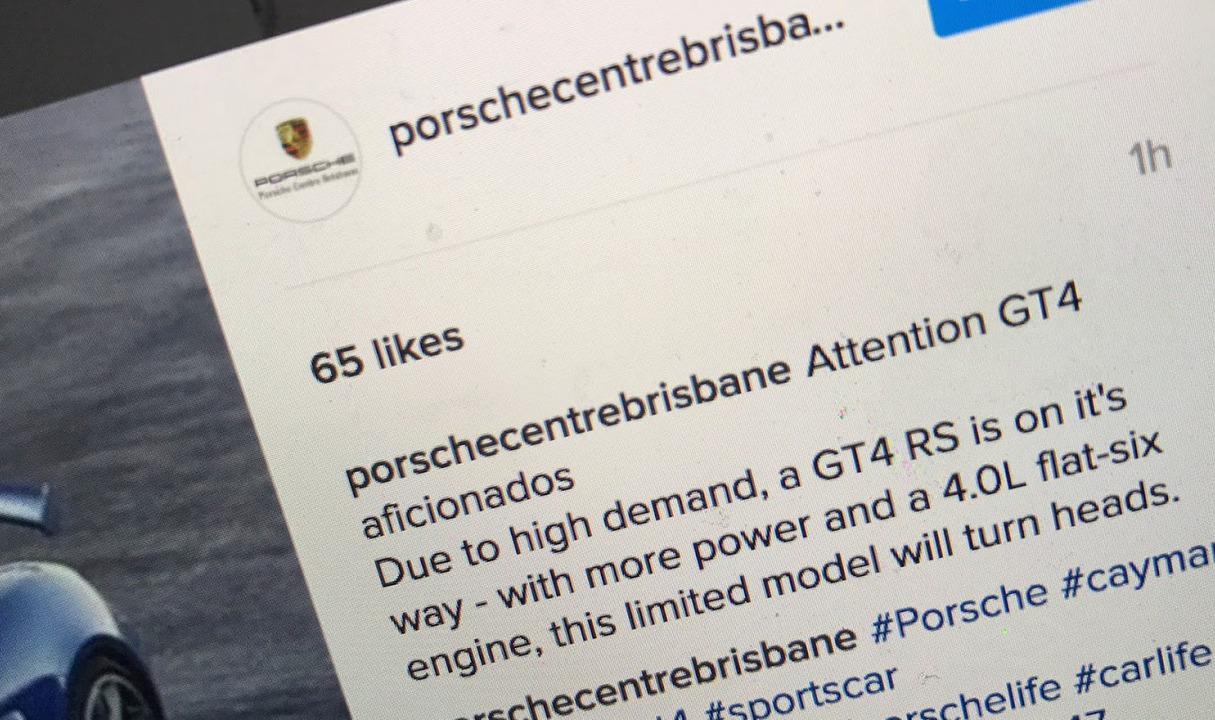 The Porsche Cayman GT4 is one of the purest machines you can buy, with a 3.8-litre, 283kW/420Nm flat-six borrowed from its big brother the 911, but mounted amidships, in an 80kg lighter package than the GT3 RS. Unlike that car, it is exclusively available with a proper six-speed manual, instead of the PDK seven-speeder of the larger, rear-engined car. 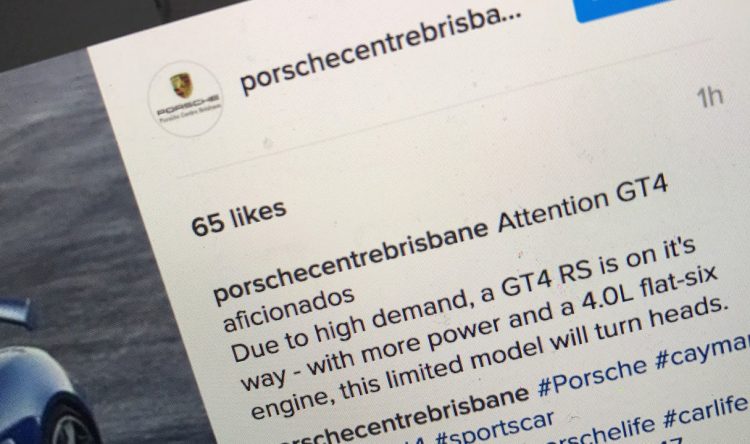 If a Tweet from Porsche Centre Brisbane is to be believed, the 4.0-litre from the GT3 RS might be migrating to the mid-engined and supposedly entry-level sports car.

All examples sent to Australia of the GT4 were quickly snapped up, so a GT4 RS would no doubt be a blink-and-you’ll-miss-it scenario.

In an age where most cars have become turbocharged and the dual-clutch gearbox reigns supreme, the idea of a big-banger naturally aspirated Porsche with a manual gearbox fills us with excitement.

This car may be revealed at the Geneva motor show, so we will keep you updated. Porsche is yet to officially confirm the news.