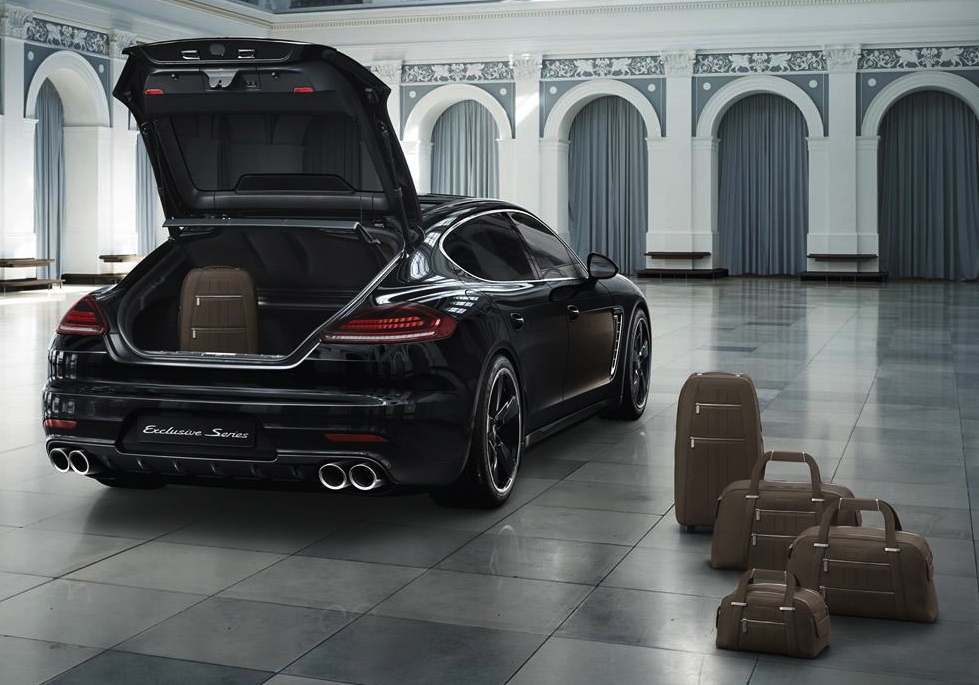 Porsche has revealed a limited edition Panamera Exclusive Series that’s based on the Turbo S Executive, and features a unique paint and trim combination that’s aimed at those with luxury motoring in mind. 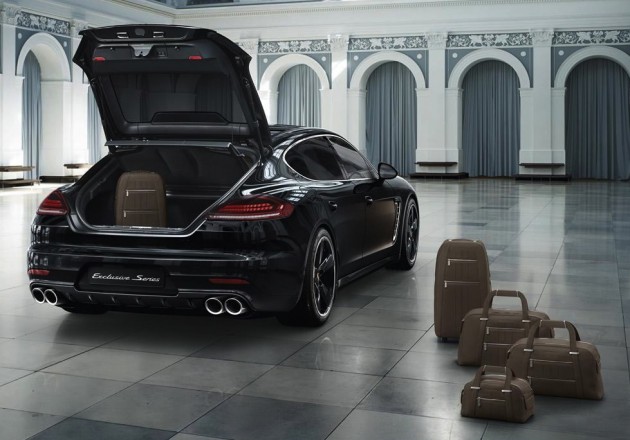 The Turbo S Executive features a 150mm longer wheelbase over the regular model, making it the ideal variant to fill with luxury items. Poltrona Frau leather in Chestnut Brown has been used on the seats, with more of the same used for the upper door trims. The black milled leather on the lower door trims is Nappa, which also features in other parts of the cabin.

The rear of the Exclusive Series features a new entertainment system that uses two high-resolution 10.1-inch touchscreens that feature a built-in camera and DVD player. Passengers can choose to hear sound through the cordless headphones or the Burmester stereo.

The two-tone deep black and chestnut brown metallic paintwork has been applied by hand, giving it a more personal touch. The same deep black metallic has also been used for the 20-inch wheels.

Providing motivation for the Turbo S Executive is a twin-turbo 4.8-litre V8 pumping out 419kW and 750Nm, with power then sent to all four wheels via a seven-speed PDK transmission. The sprint from 0-100km/h takes just 3.9 seconds, and will run on to a top speed of 310km/h.

Only 100 units of the Exclusive Series will be made, making it very ‘exclusive’ indeed.

Although the special model won’t make it to Australia, you can order one for your European chalet for 249,877 Euros (approximately AU$356,977). Prices for the regular Panamera Turbo S in Australia start from $444,600 (excluding on-road costs).