German tuning company and manufacturer, Alpina, known for warming BMWs, has unveiled the new Alpina D5 Bi-Turbo at the 2011 IAA Frankfurt Motor Show. The performance model is based on the latest BMW 5 Series 535d turbo-diesel. 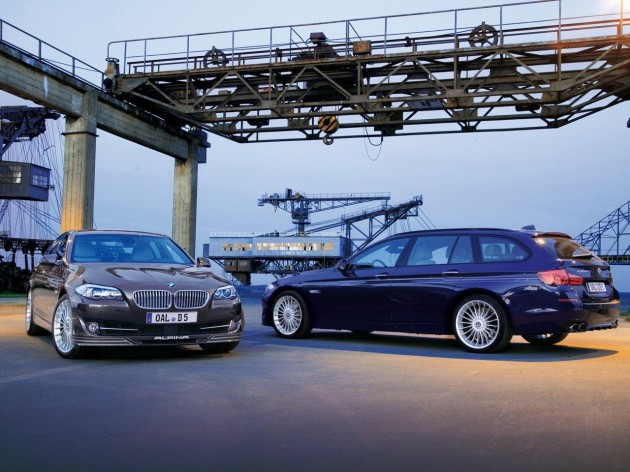 The engine in the Alpina D5 Bi-Turbo is the same 3.0-litre TwinPower turbocharged inline six-cylinder diesel found in the BMW 5 Series 535d, however, Alpina has increased the power to 257kW, up from the standard 220kW. Even though power has increased, CO2 emissions for the Alpina D5 Biturbo are rated at a conservative 165g/km.

The engine in the Alpina D5 B-Tturbo is joined up to an eight-speed Sport-Automatic ZF 8HP70 SWITCH-TRONIC transmission. The gearbox offers three driving modes; automatic, sport and manual. It also uses a tailored version of the BMW’s ECO PRO Mode, helping to reduce emissions and fuel consumption.

Power isn’t anything without looks, especially on an Alpina. Known for its subtle yet elegant inner and outer styling appointments, the Alpina D5 Bi-Turbo comes with a new aerodynamics package to suit either 5 Series sedan, or Touring (wagon) model – the kit includes a front apron, rear diffuser, and a rear spoiler.

Pricing for the Alpina D5 Bi-Turbo has not yet been released.