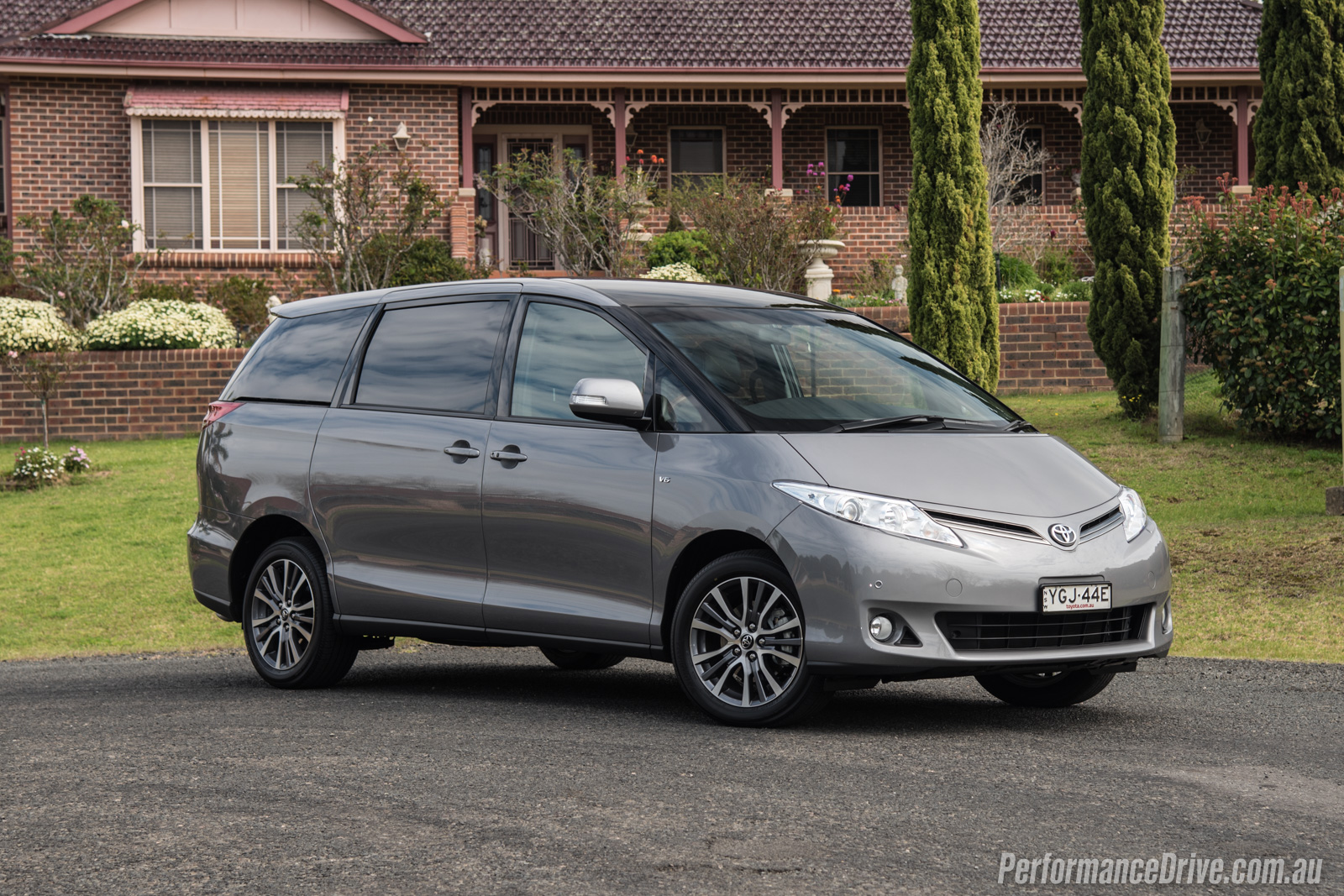 The present, fourth-generation 2016 Toyota Tarago is getting pretty long in the tooth, having joined us in 2006. Some detail revisions this year aim to freshen it up in the face of strong competition, particularly in the form of Kia’s all-new Carnival and the Honda Odyssey. 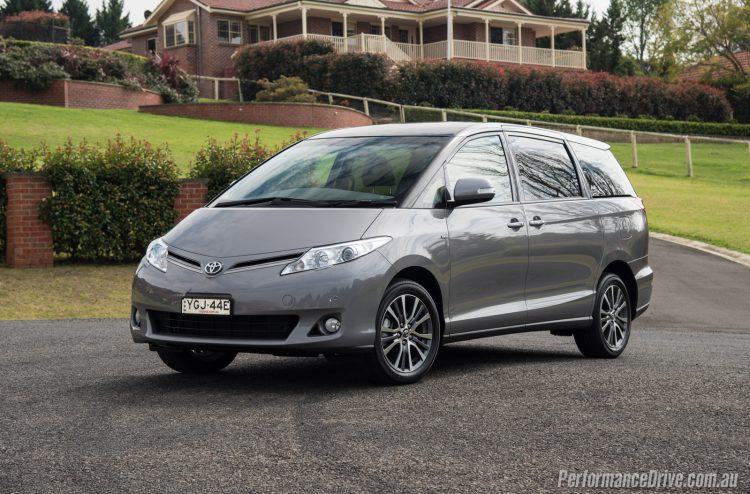 Both the Carnival and Odyssey have sold 3297 and 1816 units year-to-date in Australia, respectively (VFACTS August 2016). By comparison, the ageing Tarago has shifted 560 units, which means it doesn’t enjoy the class dominance of its many showroom mates.

In the world of family car sales, the MPV has become something of a niche product. Largely a victim of SUV popularity, a mere fraction of them sell compared to their heavier, higher-riding counterparts. This is despite the fact that, in a lot of ways, they are a far more versatile and superior family vehicle. 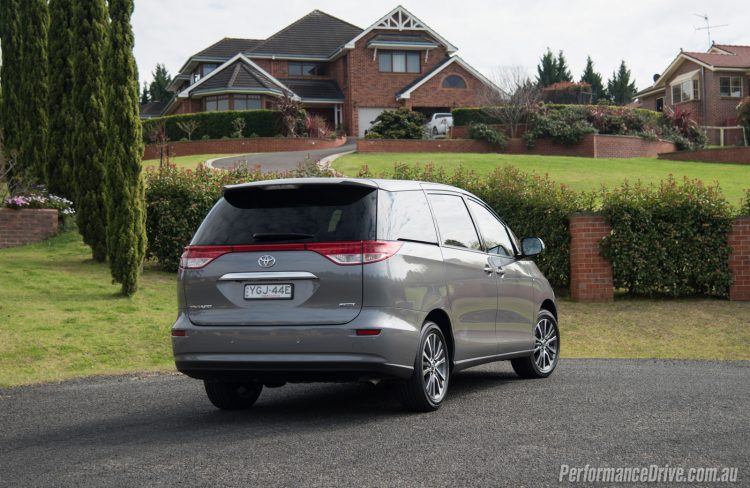 Included in the 2016 update are a number of interior revisions, with a new three-spoke steering wheel and a re-think of the centre stack including capacitive touch controls for the climate control and a 6.1-inch touch-screen. A piano black fascia ties it all in together, with the central instrument cluster also heavily updated including a 4.2-inch display.

The Tarago remains a very upright and cab-forward design, measuring only 4795mm in length, but 1800mm wide and 1750mm tall. A 2950mm wheelbase means occupants have the kind of stretch room you just don’t get in an SUV. That applies to the third row, too.

At 1930kg, it is some 110kg lighter than the equivalent Carnival Platinum but the wheelbase is 110mm shorter. The Kia is 320mm longer overall, meaning it isn’t as space efficient as the Tarago – mainly due to its protruding nose on the Kia. Tarago also has a power-to-weight advantage in V6 form, with 202kW and 340Nm from the same sparkling gem of an engine the Aurion uses; the 3.5-litre 2GR-FE. 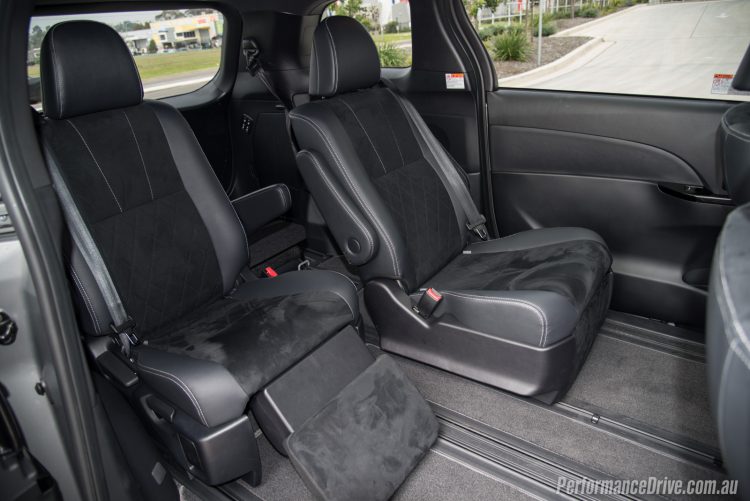 The second row consists of two individual seats which have fold-out ottomans and recline to ridiculous angles, but don’t fold flat like the electrically controlled third row. It still does a fine job of moving household items with the second row pushed against the front seats and the third row down, swallowing objects you would not expect such as a fridge and most of this writer’s worldly possessions in one trip.

The new interior definitely looks more cohesive and fresher, especially the steering wheel. The instruments and info display are absolutely superb with a handy digital speedometer. Less so is the new radio, which does away with the tuning knob and makes finding a radio station a hassle. It also has the same six-speaker audio system as the $45,490 GLi four-cylinder, which is woeful in a car approaching $70k.

The buttons are fiddly and distracting to operate, with no volume knob only plus/minus buttons, and the climate control doesn’t allow a rapid change of temperature. At the end of the day, physical controls are the most distraction-free option and we wish carmakers would bear this in mind. The 6.1-inch screen is also subject to a bit of glare on sunny days.

We enjoyed the sliding centre console and many storage options, with a compartment above the glove box and another slot directly in front of the driver for your phone or business cards.

There are no complaints about seat comfort, particularly in the second row which offers business-class levels of space. The middle row seats move far back enough to give stretch limousine real estate too. In the Ultima you get a large panoramic roof, the front part of which pops up at the back, while the rear section enjoys a retractable blind.

The electric power-sliding doors are a cool party trick with activation possible via the key, but, on test at least, they don’t retract when the engine is on. 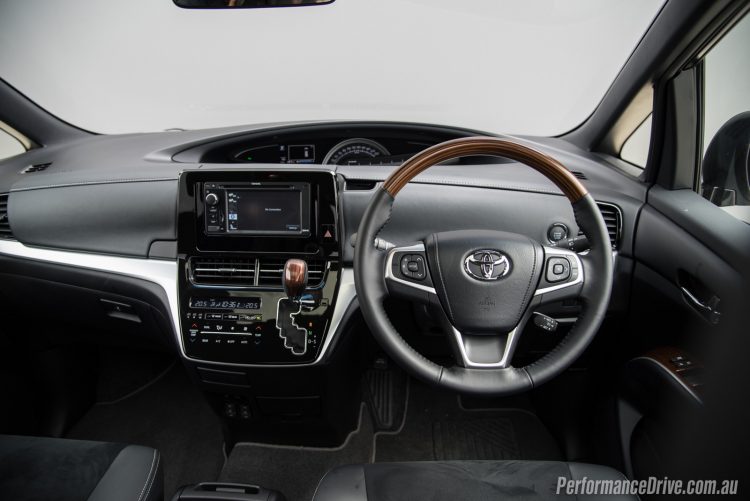 You get the same high-up commanding driving position as an SUV but visibility and space are superior. Press the button and the engine dwells into life, with a pleasing note. Hit the foot-operated parking brake, pull the dash-mounted selector into D and progress is smooth and instant. It is actually handy in traffic, offering a surprising level of thrust for this kind of vehicle. It’s certainly capable of surpassing a few SV6 drivers. We timed 0-100km/h in 7.84 seconds.

The Aurion Presara with the same engine weighs 425kg less, where the 2GR felt borderline unmanageable and violent. The extra heft of the Tarago tempers the beast without taking away its venom or efficiency. Our average of 11L/100km is impressively close to claimed figures of 10.3L/100km.

The steering has an old-school hydraulic lightness to it but it is thankfully free of the kickback and ‘flat-tyre’ feel which afflicts much of Toyota’s current range (we’re looking at you, RAV4). You’re not encouraged to throw it into corners like an 86 but it never feels overly cumbersome. It just gets on with the job competently and is far better than you might expect.

We were happy with the suspension’s compliance and lack of noise intrusion, though the former stops short of being exceptional. The ovoid shape makes the car susceptible to crosswinds, so watch your speed on bridges.

Parking takes some getting used to as the rear-view camera doesn’t have guidelines and the turning radius isn’t brilliant but good visibility means you quickly acclimatise to it. 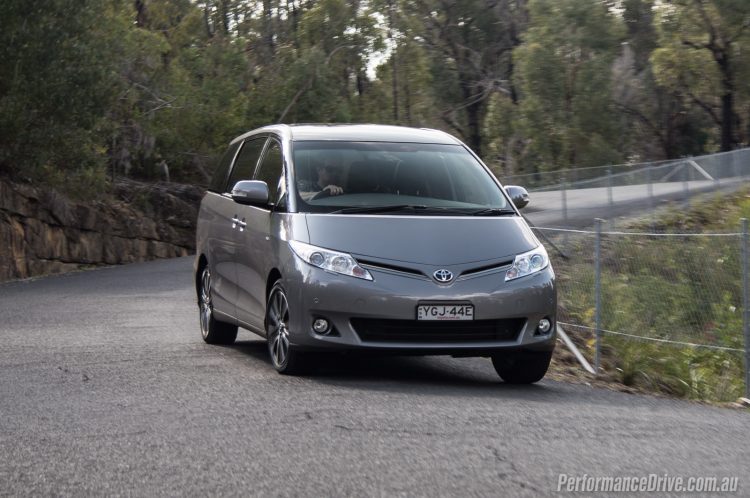 For a 10-year old design, the Tarago definitely has some charm about it. The packaging is arguably superior to the much newer Kia Carnival, but the Ultima lacks the equivalent Carnival’s active safety arsenal such as autonomous braking and adaptive cruise control, among many other things. The same V6 powertrain can be had in the $50,490 GLi without the panoramic roof, electric sliding doors or business-class seats. As a result, we think the Tarago’s sweet spot is the GLi.

Still, the Tarago offers $180 capped-price servicing for 60,000km and its shorter overall length is less intimidating. The hard-earned bulletproof perception of Toyota is enough to sway some the Tarago’s way too.

CONS:
– Pricey compared with some rivals
– Disappointing stereo
– Second row doesn’t fold away
– Showing its age in some areas