Mercedes-Benz has released images and details of the new 2013 Mercedes-Benz SL 65 AMG – the mightiest SL money can buy. It sticks to its biturbo V12 roots, while offering the suave and elegant styling of the new SL-Class design. 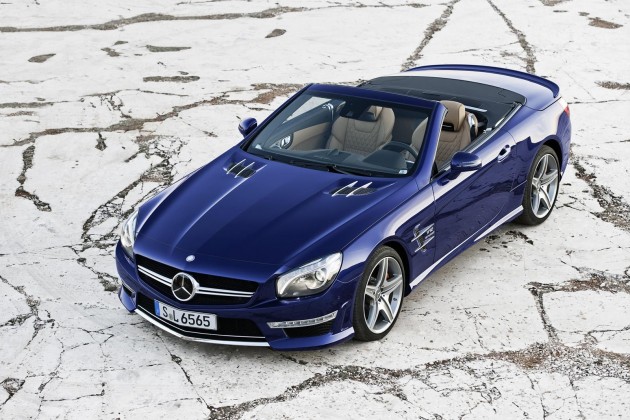 The relentless engine is matched up to a seven-speed AMG Speedshift Plus 7G-Tronic transmission which comes with four different driving modes. The modes are selectable by the driver, and offer performance or economy, depending on your requirements.

The system is made up of Efficiency (C), Sport (S), Sport plus (S+) and Manual (M), and is tied in with stop-start technology. As a result, fuel economy is improved by as much as 17 per cent, with a combined rating of 11.7L/100km. 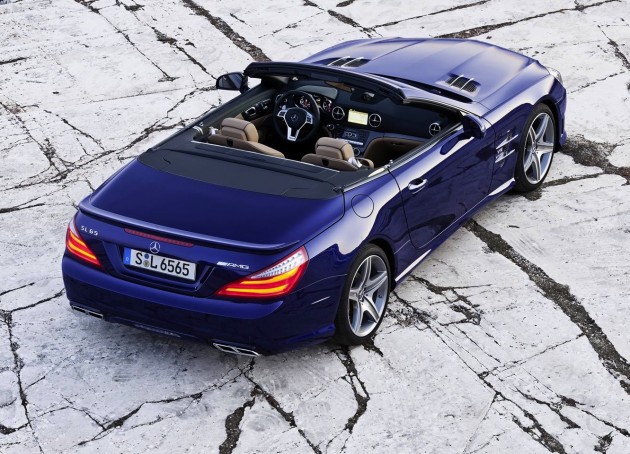 Thanks to a number of advanced and lightened components, such as a new exhaust system which is 3.2kg lighter than the predecessor’s setup, total weight has been shaved by a considerable 170kg. This not only assists in performance, but also fuel economy and handling agility.

Other interesting new features include an electrohydraulically flip back roof which can convert the hardtop into a drop-top in 20 seconds. The new model will also be the first to showcase AMG’s new twin-line horizontal chrome front grille layout, matching the other discreetly aggressive styling highlights throughout the exterior.

Mercedes-Benz will launch the new flagship SL 65 in Germany in September, while the Australian market is set to receive it during the first half of 2013, after the launch of the base SL-Class halfway through this year.