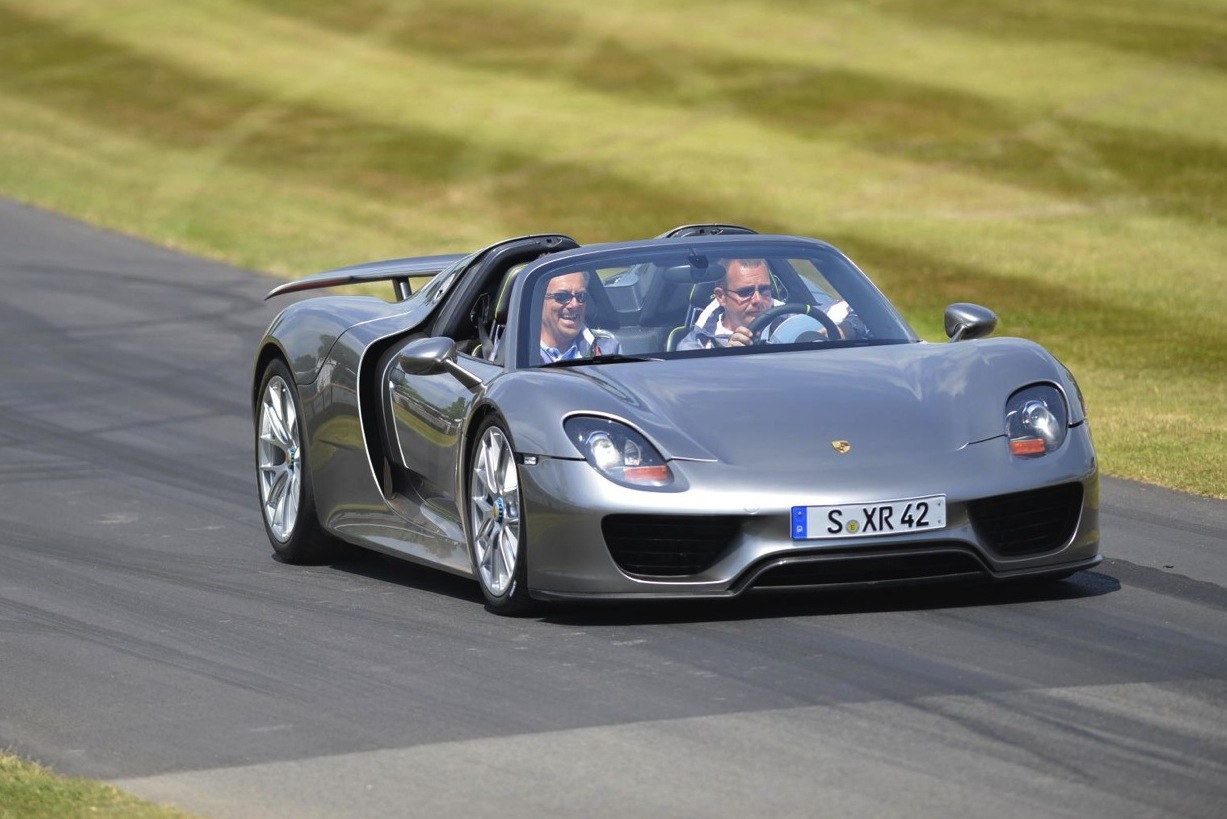 The epic new Porsche 918 Spyder has made its dynamic debut at the 2013 Goodwood Festival of Speed, giving the public a glimpse of the performance of the new hypercar. 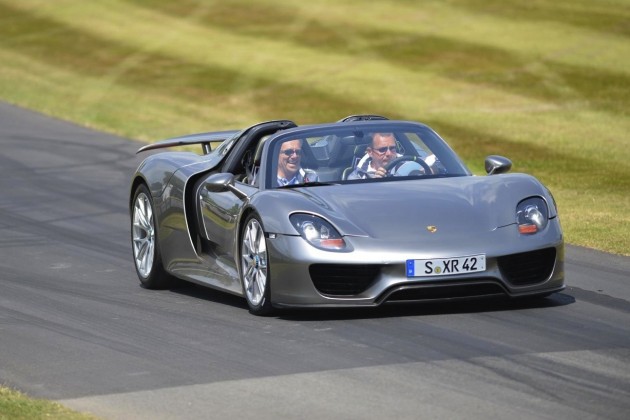 Seeing a pre-production 918 run up the famous hill climb on the grounds of Goodwood Estate must have been bliss for the spectators. The hybrid hypercar, which features a 4.6-litre naturally aspirated V8 and an electric assist system, is capable of destroying 0-100km/h in just 2.8 seconds.

The petrol V8 produces 447kW at 8600rpm and 530Nm at 6600rpm. Add to this the hybrid module, which supplies 115kW of extra power to the front wheels and 95kW to the rear wheels, and what you’re left with is the most powerful road-going Porsche ever produced. The combined rating is 653kW and over 800Nm.

In a low profile vehicle that’s made predominately of carbon fibre reinforced plastic, with an overall kerb weight of 1640kg (with the ‘Weissach’ pack), the power-to-weight ratio is simply phenomenal; 2.5kg:1kW. 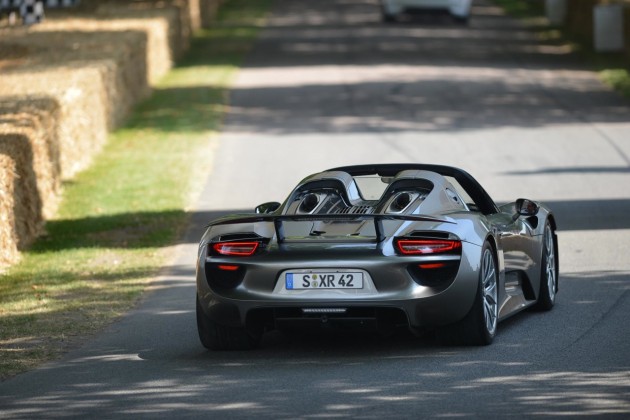 Each mode allows the drivetrain to call up power and torque from either or both the petrol and electric systems to supply economy or outright power.

Being a hybrid, the 918 is super efficient and comes with an official NEDC average consumption figure of just 3.3L/100km. It can also be driven solely on electric power for a range of around 30km, for an even greener carbon footprint.

It’s unknown if the new model will ever arrive in Australia at this stage. We’ll keep you updated.

UPDATE: Porsche Australia has confirmed the 918 will not be made in right-hand drive. This kills any chance of a local introduction.