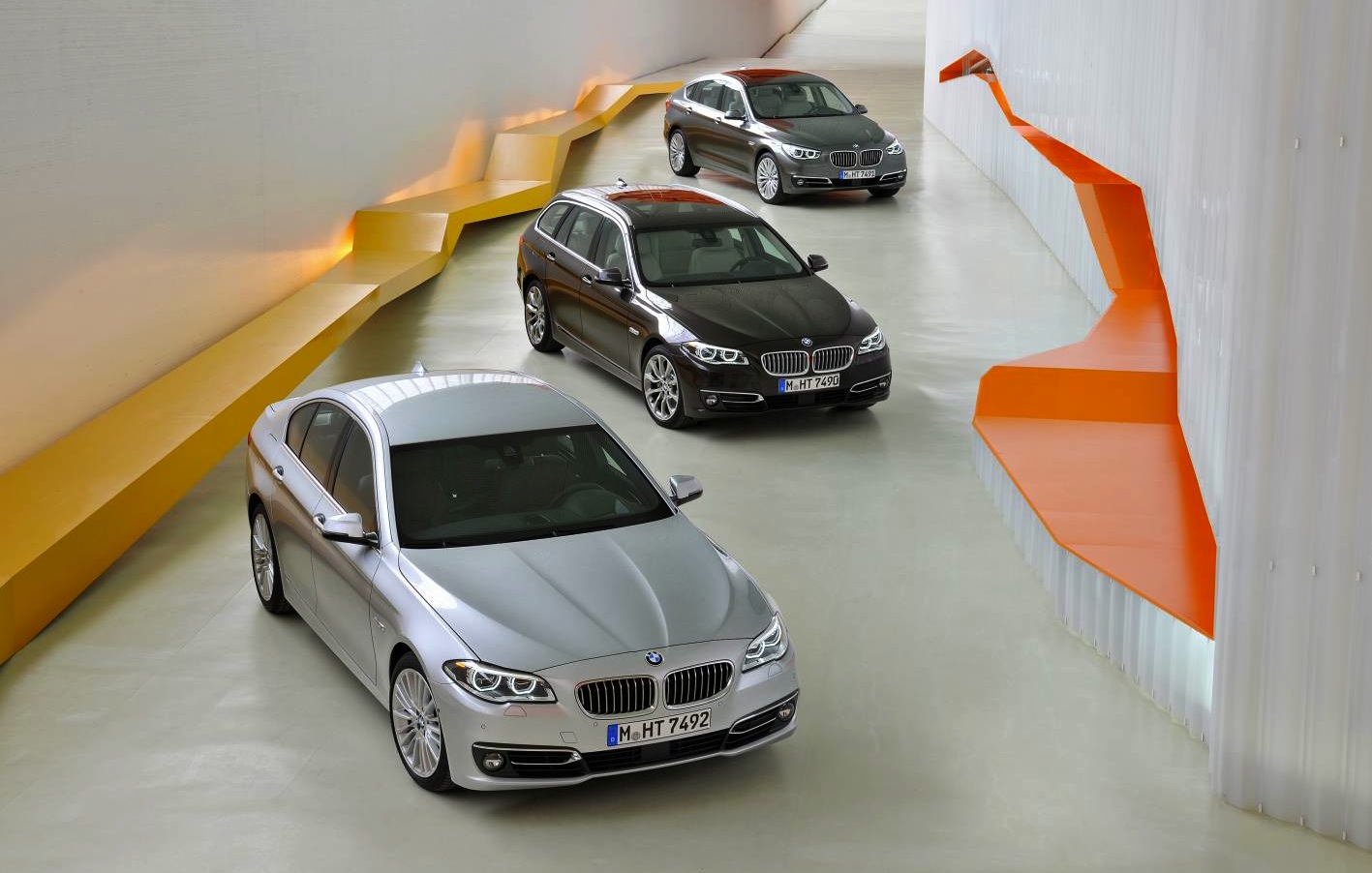 BMW Australia is announcing the arrival of the 2014 BMW 5 Series facelift, as revealed earlier this year. The new model comes with more equipment as standard across the range, revised styling, and improved performance and efficiency for the range-topping 550i. Luxury and Modern Lines have also been introduced for the first time. 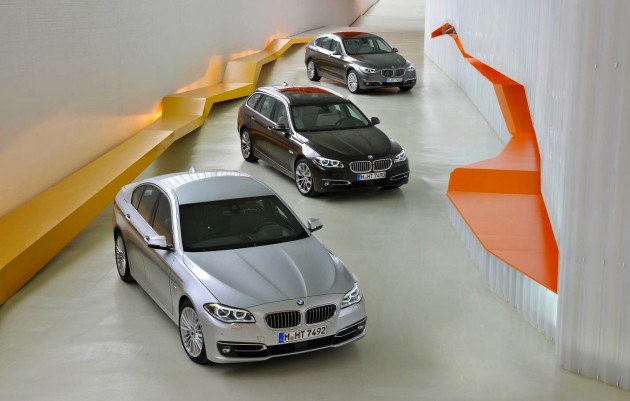 Sporting a slightly tweaked design with new LED fog lights in the front end, additional contour lines around the twin kidney grilles, a restyled lower grille section, and a new crease line in the rear bumper bar, the update gives the 5 Series a distinctively modern and intelligent look. There’s also indicators embedded into the side mirrors.

Inside, the interior layout sees some changes, including new chrome trimmings, increased storage space on the centre console, Dakoto leather seats, a 12-speaker stereo with sat-nav as standard, and a new iDrive touch controller for the interface.

Pricing for the complete range is as follows: