Mercedes-Benz has unveiled the production-ready Mercedes-Benz SLS AMG Electric Drive super sports car at the 2012 Paris Motor Show. The new model is being labelled as the most powerful electric vehicle to ever go into production. 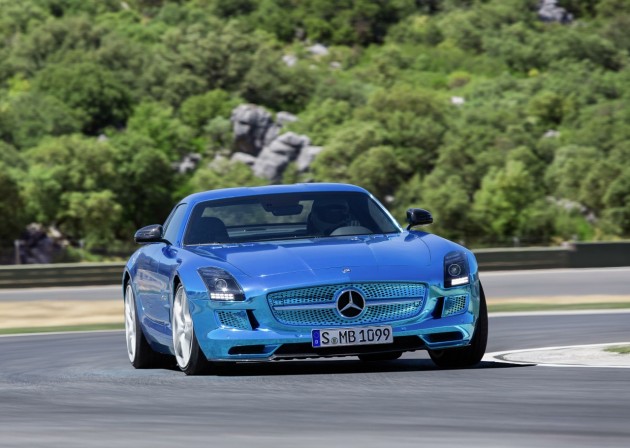 Looking exactly like its petrol-powered counterpart, apart from the electric blue wrap over the entire body on this show car, the SLS Electric Drive features a 60kWh lithium-ion liquid-cooled battery pack in place of the usual SLS 6.2-litre V8.

Power is distributed to four separate electric motors at each wheel, making it an all-wheel drive SLS. Overall output is rated at 552kW and a whopping 1000Nm, or 132kW more powerful than the petrol version. 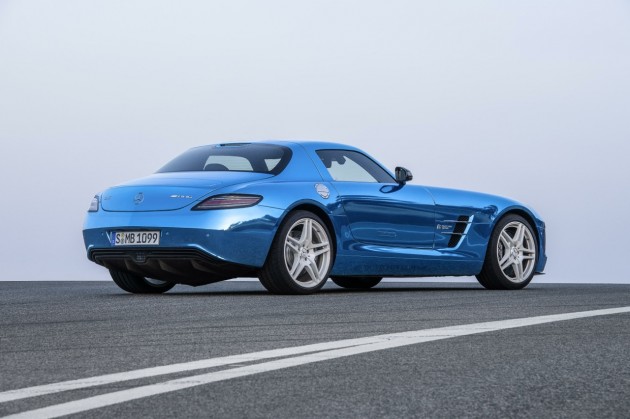 Other major changes with the SLS Electric include the ‘AMG Torque Dynamics’ twin-transmission which distributes power to the front and rear wheels according to traction, and the the kerb weight.

The battery pack alone weighs in at 548kg and each of the four motors weighs 45kg. Because of this, Mercedes-Benz and AMG have had to use lighter weight materials in the SLS’s construction, including the use of carbon fibre and aluminium. Such measures help the SLS Electric retain a very high level of performance.

Mercedes-Benz is planning on releasing the SLS Electric Drive onto the market next year (at least in Europe) and has given it a starting price of 416,500 euros (approximately AU$515,798).