A 996 Porsche 911 Turbo has been pulled from the Rhine River in Zurich, Switzerland, after the 24-year-old owner lent it to his friend for a test drive. The friend, probably not regarded as the best of friends anymore, lost control and crashed the 911 Turbo off the end of a boat dock. 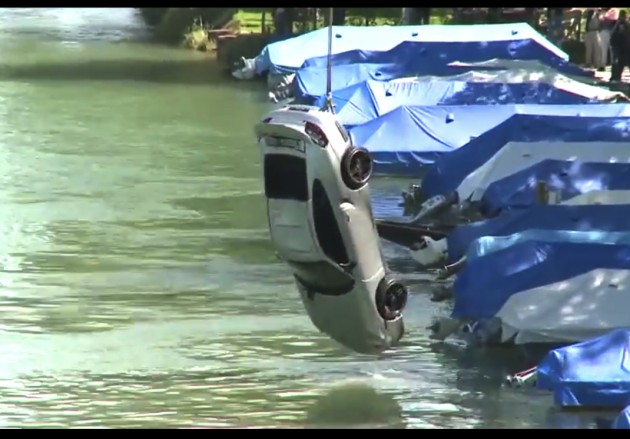 It’s the worst-case scenario really, isn’t it? A friend is all excited to take a spanking Porsche 911 Turbo supercar for a drive, only to be overwhelmed by too much excitement and adrenalin.

Luckily, no reported injuries resulted in the Porsch 911 Turbo-cum-speedboat incident. We assume the only damage made was to the owner’s trust in his mate and in the future of their relationship. 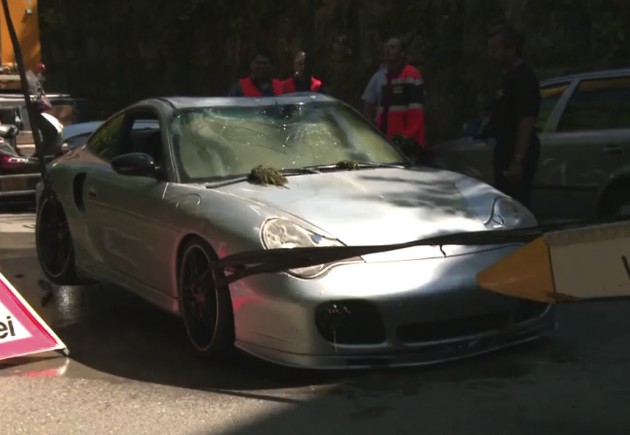 As usual with incidents like this, in the modern age we live in, various cameras were able to capture video footage of the drowned Porsche 911 Turbo being pulled from the Rhine River. It’s always a sad sight to witness such great cars being killed like this.