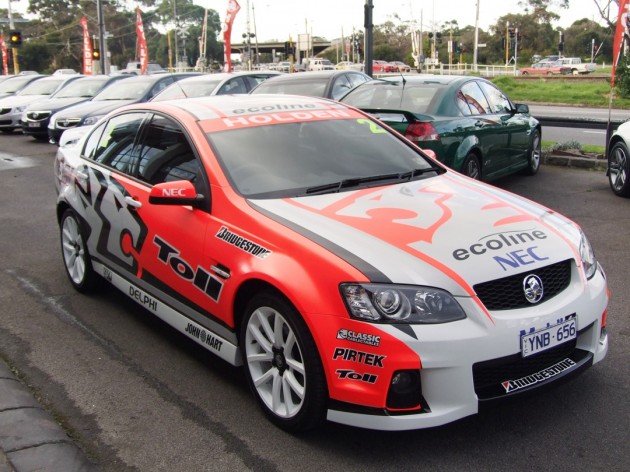 Sergeant Gleeson wanted to order something that reflected her level of enthusiasm for V8 Supercars and her petrol head passion. Although a full Toll Holden Racing Team V8 Supercar may have been first on her wish list, such a car could not be registered, obviously, so this is the next-best thing.

Bay City Holden received the order via a phone call made from Afghanistan. HSV sales consultant Jarrod Brettell initially thought the order was some kind of joke. Upon further discussion, Brettell realised that it was a serious sales inquiry and sort about having the car specially made for Gleeson.

It wasn’t completely out of the ordinary for Brettell however, as he says he is used to making all sorts of custom orders for specific customers. Brettell recently said,

“It’s always good to meet and talk with another petrol head. Because of our shared passion, we’ve created this very special SSV Commodore together.”

The livery was replicated from the Garth Tander and Will Davison 2009 Bathurst-1000-winning HRT Commodore, featuring pretty much the exact same sponsors and decals over the production SSV Commodore. Holden Design Manager Peter Hughes, who also came up with the original 2009 HRT V8 Supercar design, recently said,

“We always take a great amount of pride in presenting the HRT V8 Supercars each season, but this is something very unique and unexpected. Tara is definitely going to stand out at the lights.” 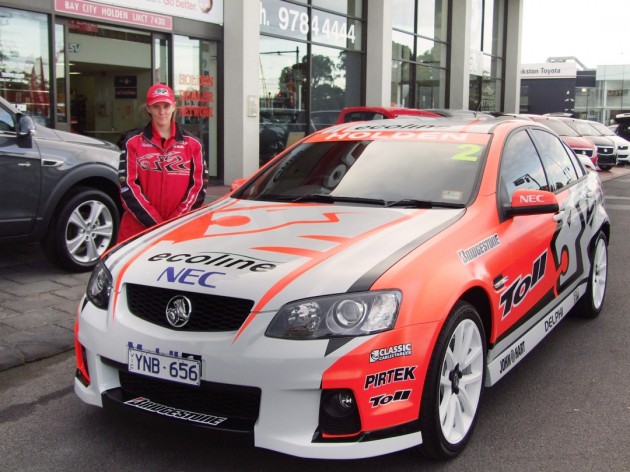 Understandably, Sergeant Gleeson is very excited to take delivery of her new V8 Supercar replica. Upon a recent trip back home, she said,

“I’m so excited that I finally get to see it in the metal and get behind the wheel. Home leave permitting, I’ll be driving it to the V8 Supercar rounds at Phillip Island and Bathurst – it should turn a few heads.

“It definitely makes the days go by a bit faster when you’ve something as good as this to look forward to at home.”