Celebrating the 50th anniversary of the Porsche 911, Porsche Great Britain has done it in style with a world record gathering of the iconic sports car, parading at Silverstone circuit in the UK over the weekend. 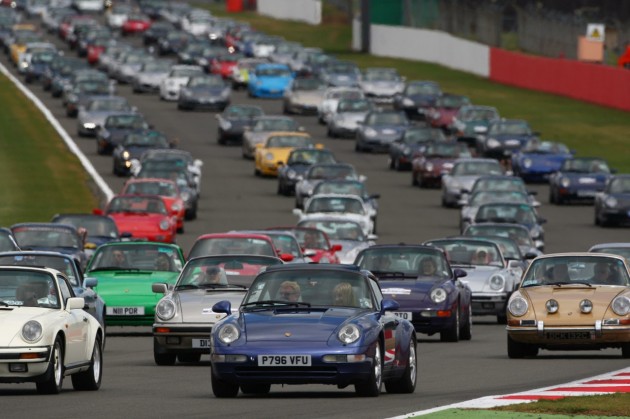 A total of 1208 examples of the Porsche 911 made their way to Silverstone, resetting the record books for the largest 911 parade in the world. The parade was led by Mark Porsche, the son of the designer of the original Porsche 911, F A ‘Butzi’ Porsche.

The goal was to have 911 Porsche 911s in parade, however, the event was inundated with Porsche enthusiasts and owners. Porsche says registrations for the event built up very quickly right from the beginning. In the process to the impressive turnout, funds raised from the event were donated to the Hope for Tomorrow cancer charity. 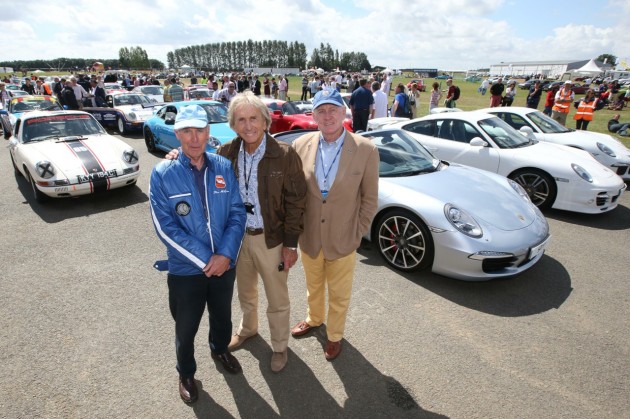 “Of course, the 911 means a great deal to me as it’s my father’s big design and it will always have a special place in my heart. It’s been a family member over all the generations of the 911 series and I’m very proud to be here today to represent the Porsche family at this great event. I think that to have these 1200 cars on track is the attention that the 911 deserves for its 50th birthday. I can’t thank the Porsche Club GB enough for making this event possible.”

A number of very rare and unique models made up the field, including 911 RSR variants, Speedsters, Targas, and various 911 Turbo models from all eras. Porsche Cars GB also unveiled its special ‘Project 50’ 911 race car, which hit the track on the Saturday.