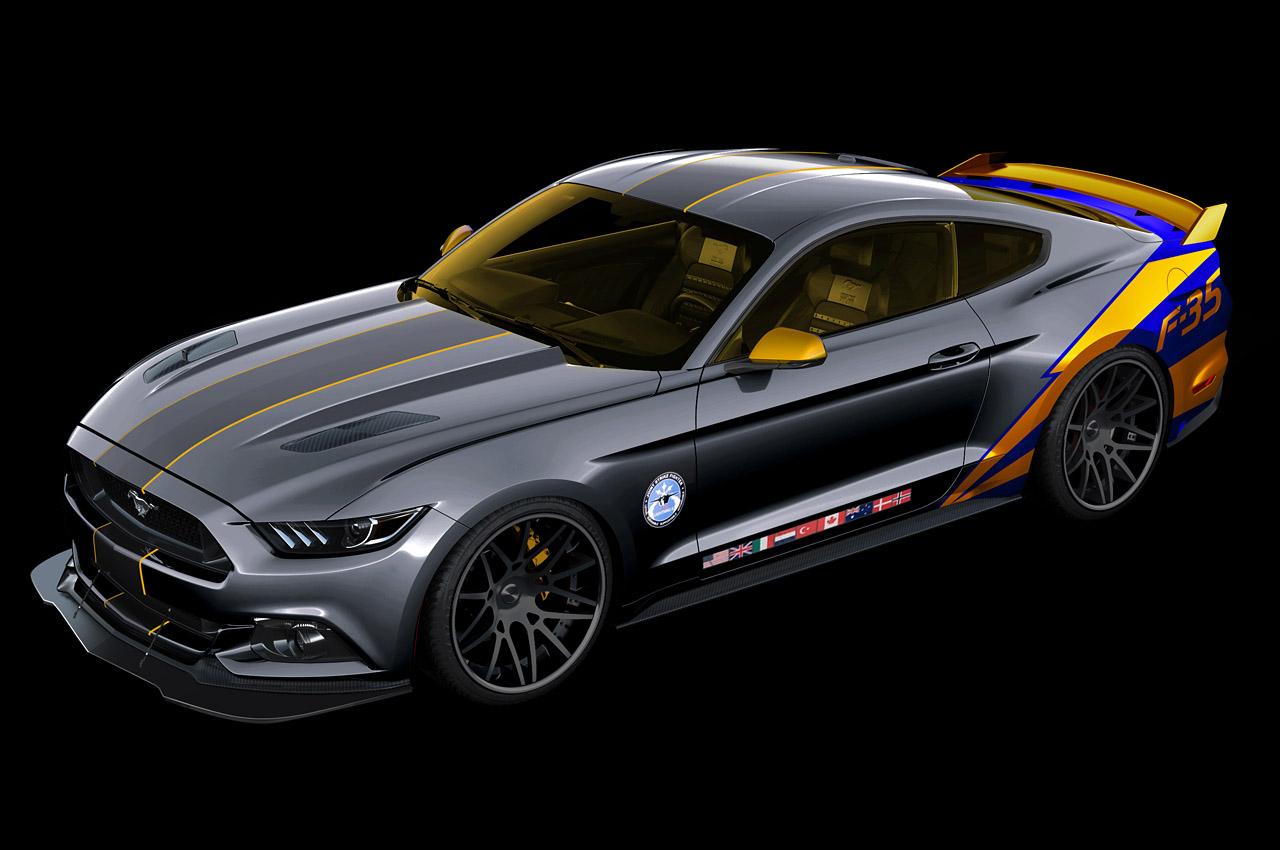 Ford is creating a special one-off 2015 Ford Mustang project car for this year’s Experimental Aircraft Association (EAA) AirVenture event in the US. The Lockheed Martin F-35 II themed muscle car will be auctioned off for charity. 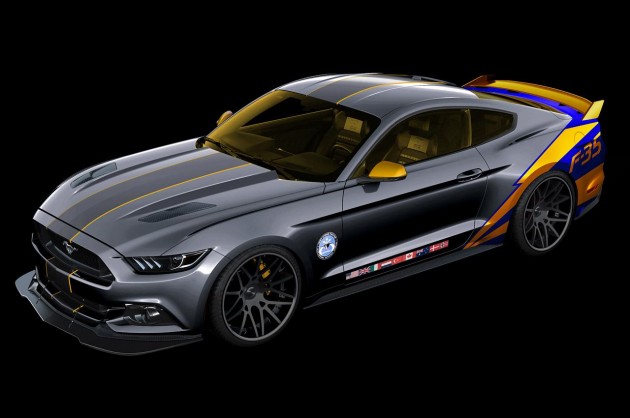 The 2015 Mustang hasn’t even hit the market yet but even Ford already sees the potential tuning avenues for the new model. This project car will feature drastic body modifications over the standard model.

As you can see, it’ll come with a big race-like carbon fibre front spoiler system with braces, new bonnet vents, matching side skirts, and a chunky rear diffuser setup and sporty rear wing.

Inside, the full extent of the revisions are unknown, however, it will come with racing Recaro two-tone bucket seats with yellow sections, yellow tinted windows, and probably some unique logos.

It’s unclear if the car will receive any sort of engine tuning or mechanical upgrades. You can see some pretty serious-looking yellow-painted brake calipers though, sitting behind dished, mesh-style alloy wheels.

Ford will auction the car at the Gathering of Eagles charity event at the AirVenture show, with all money donated to the EAA Young Eagles program which provides free flights for those in need.

As for the Mustang, the standard model will arrive in Australia next year. It’s expected to be a very popular model for Ford, especially if prices are kept reasonable.