Pitched as the first-ever Arab supercar, the W Motors Lykan Hypersport has just been unveiled at the Qatar Motor Show. It features pretty much the pinnacle in automotive luxuries and indulgences, and comes in at a cool US$3.4 million (approximately AU$3.26 million). 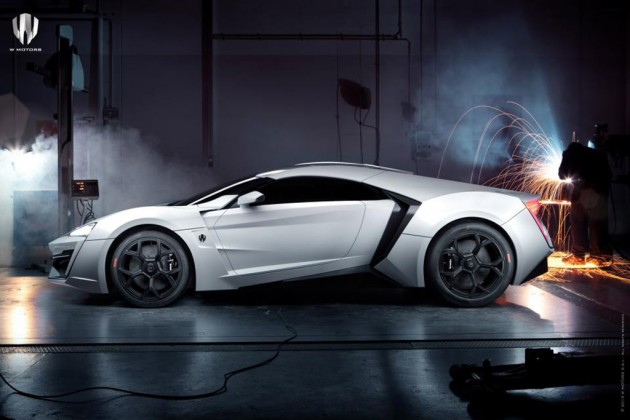 Around six months ago we showed you some preview design sketches and outlined some preliminary details. The company, based in Beirut, Lebanon, has now provided more details including plans to make just seven examples for the market.

So what do you get with $3.4 million? Inside, the leather seats are stitched together with special gold stitching for starters, while the LED lights are diamond coated. Platinum is also used in the interior, while most of the car is made from carbon fibre. The dash also incorporates a highly advanced 3D holographic display. 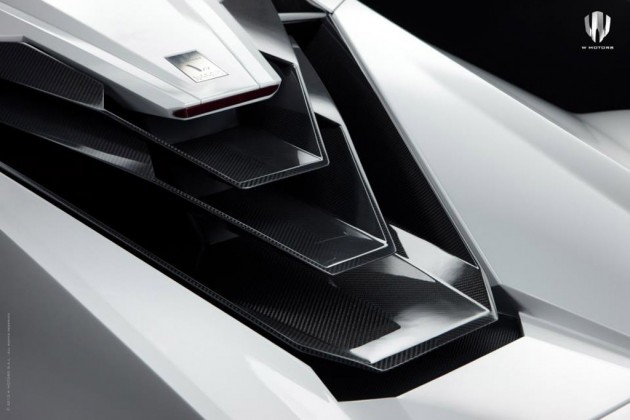 Sitting in the mid-mount engine compartment, underneath an intricate set of carbon fibre louvres, is a flat-six twin-turbo engine. Although the capacity is unknown, it produces 559kW of power and 1000Nm of torque. The engine is likely derived from a Porsche item, especially since some of the tuning work is done by renowned Porsche tuner, RUF.

The key to the Lykan Hypersport is the pure exclusivity, as W Motors co-founder Sari El Khalil recently explained,

Customers will no doubt be treated to a truly unique experience if chosen to buy one of the seven. One of the perks is Cyrus Klepcys watch worth around $200,000, included in the package.

Click play below to see a quick showcase on the epic machine.