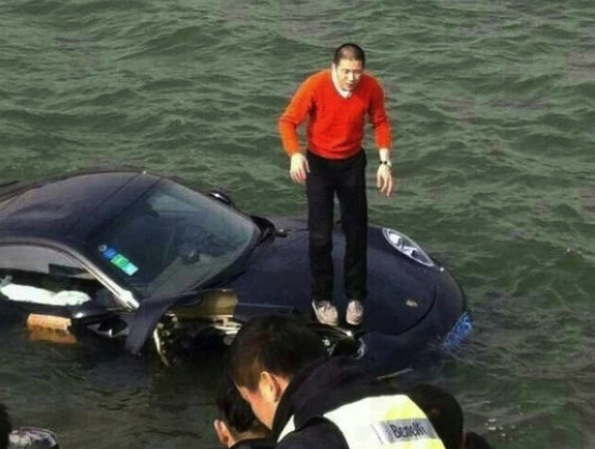 You know you’re not having a good day when you’re using your Porsche 911 as a floatation device in some lake. Unfortunately for a man in China, that’s exactly the situation he was presented with.

The incident happened in Jinan in Eastern China, and although the exact cause is not yet known, it looks like there was some sort of impact involved just prior the aqua dive.

It appears the front airbag was deployed with substantial damage inflicted to one side of the car. This suggests the driver may have crashed and spun into the lake like a frisbee, or through a fence or railing in a more dramatic fashion. 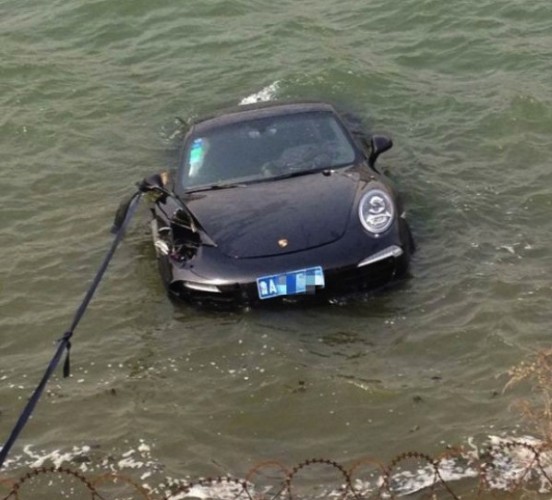 Remarkably, the driver managed to escape the wreckage and stand on the bonnet to keep dry. It’s unlikely the driver sustained any major injuries.

As for the poor Porsche, it will be completely water-logged now and is likely to be written off. Judging by the alloy wheel design and the front indicator layout, it looks like it was a fresh 991 model. 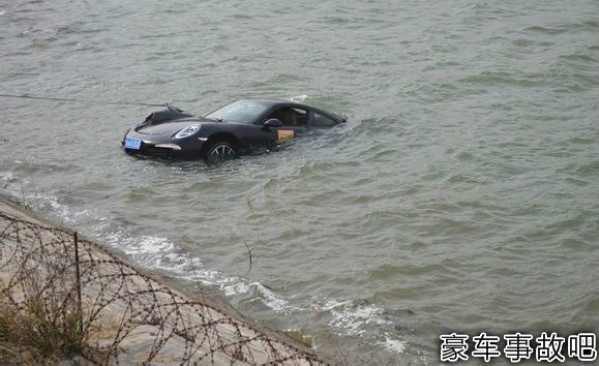