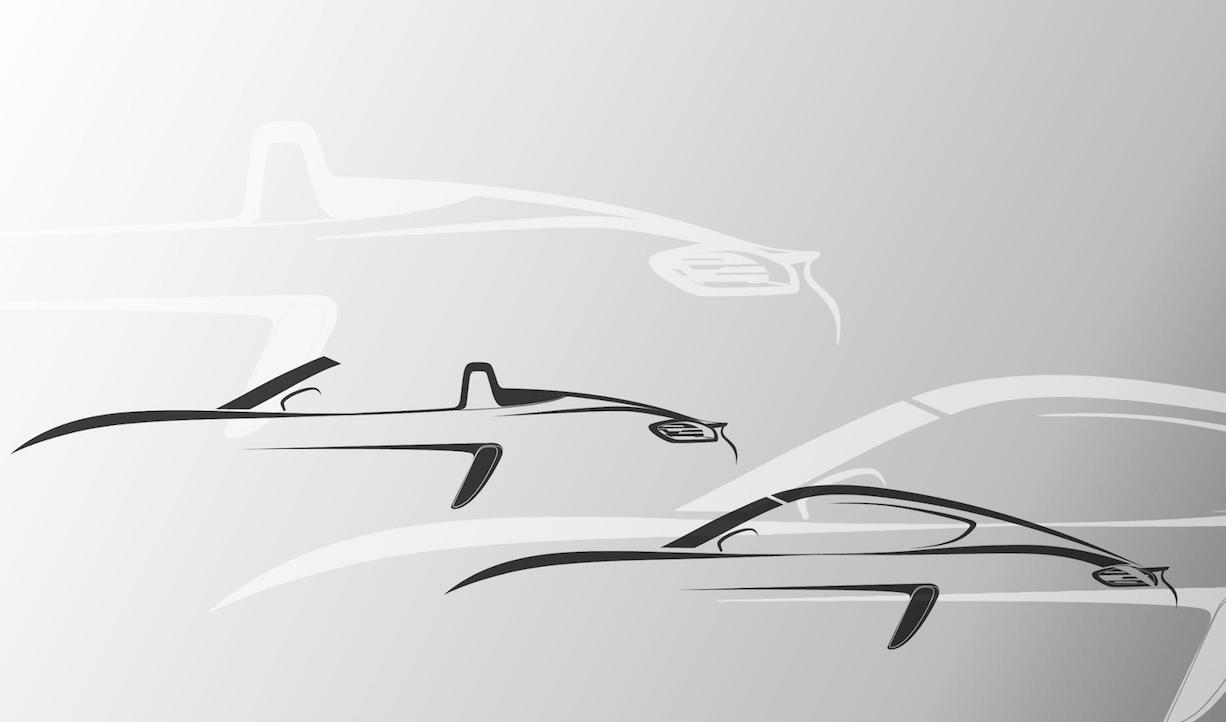 The next Porsche Boxster and Cayman will receive a slight name change as of 2016 model year, switching to 718 Boxster and 718 Cayman. 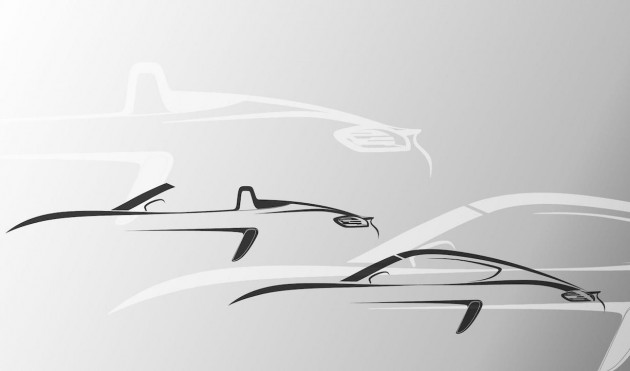 Both models will soon share new turbocharged four-cylinder engines, Porsche has revealed. Specific details on the engine are yet to be confirmed, but it’s believed it will entail a 2.0-litre unit producing around 180kW. The engine will be a flat-four, continuing the boxer layout tradition.

Although power might be down on the current 2.7-litre, which produces 195kW and 202kW, torque is set to be higher than the 280Nm and 290Nm offered in the 2.7. With more torque, likely up in the region of 350Nm, the sports cars should offer improved performance.

Economy is also expected to be improved over the existing 2.7-litre six-cylinder, currently standing at 7.7/100km/h on the combined cycle for the auto Cayman. We could see this drop down into the 6L/100km region.

As for the name change, Porsche is going with 718 to revive the name once used on its race cars of the 1950s and ‘60s. The racers were regarded as successors to the iconic 550 Spyder, and featured boxer four-cylinder engines.

Both the Boxster and Cayman in new 718 form are set to receive a major overhaul when they arrive next year, with styling and various features to be shared between the two. It’s understood the base model Cayman could become the new entry-level Porsche in terms of pricing, even slotting under the Boxster which is currently the most affordable model.

A full debut for the pair may take place at the Geneva show in March, or earlier for an online reveal.