A tuning garage called Pogea Racing in Germany has unveiled a special order project it did for customer, known as the Pogea Racing 1959 Chevrolet Corvette. It features modern underpinnings wrapped in the beautiful old Corvette body. 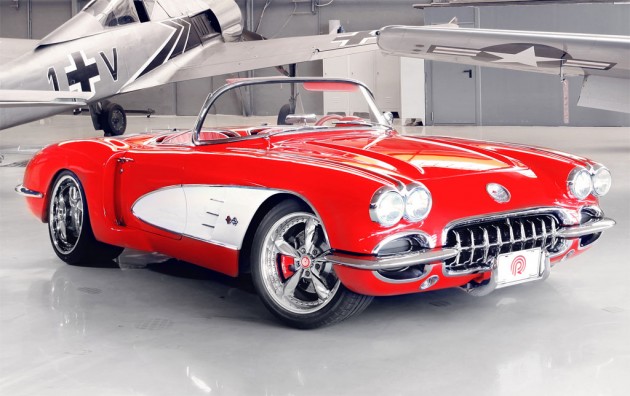 Sometimes owning an old car can caused a bit of trouble in the wallet department, while having an old car that’s been made new can accidentally rid the originality of owning a classic in the first. When all the options are weighed up, a build like this seems the best compromise.

The 1959 Corvette is a classic. It’s simply stunning to behold from any angle, and will likely go down as one of the most iconic American cars of all time. Pogea Racing has given this example a complete restoration and rebuild, and modernised it, without touching that original styling.

Underneath, Pogea Racing has fabricated a full tubular frame chassis that links up to coilover suspension at all four corners. The setup keeps the Corvette straight and true, no matter how serious the driving style thrown at at. 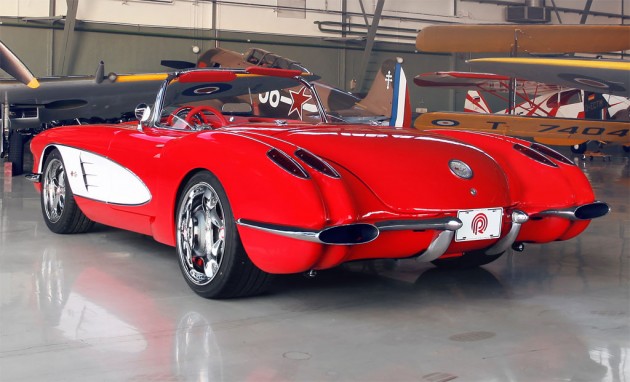 Making sure the 1959 ‘Vette goes as good as it looks, Pogea Racing has stepped in to give it the reliability of something new, and fitted an LS3 6.2-litre V8 engine. The engine also features some decent tuning, with larger fuel injectors, bigger camshafts, and a new inlet and cone filter.

Giving the V8 ‘Vette a decent voice is a set of 45mm Edelbrock exhaust manifolds feeding into a stainless steel exhaust system with two silencers. Pogea Racing says the entire package is good for 357kW and 585Nm – a fair lick more than the most powerful standard engine option for the 1959 Corvette; a 235kW 4.6-litre (283ci) V8.

Acceleration from 0-100km/h is made possible in just 3.9 seconds partly thanks to a new Dana 44 differential and a five-speed manual transmission with a ceramic clutch. Top speed is 288km/h. 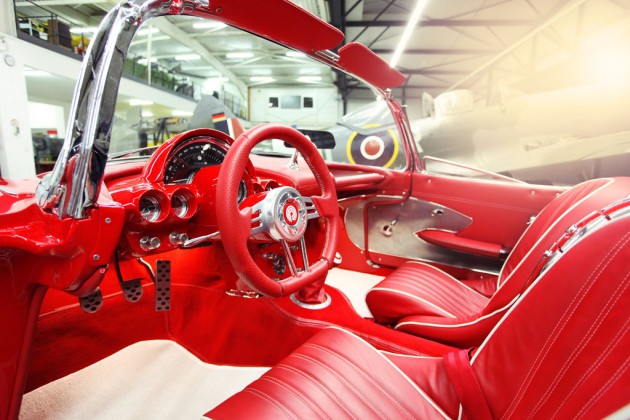 The engine and suspension was not the only aspect modernised, the brakes were replaced with 330mm front discs and 300mm rear discs, clamped by six-piston front and four-piston rear calipers. These hide behind 18-inch front and 19-inch rear three-piece Pogea Racing alloy wheels.

The interior of the Pogea Racing 1959 Chevrolet Corvette is tastefully reupholstered in period trimmings and Cobra seats, with a new sat-nav-equipped stereo providing decent cruising sounds.

One of the biggest custom jobs of the Pogea Racing 1959 Chevrolet Corvette can be found at the rear. Those 19-inch wheels are not only much taller than the original items, they also measure a fat 12 inches in width. To ensure the wheels fit in the standard arches, Pogea Racing had to widen the track by 37cm. While modifying the rear end a full LED taillight cluster was incorporated into the back for a unique touch.

This is one of those cars that you could take for a spin on a sunny Sunday afternoon and come back a happier man, with a grin ear to ear. What do you think of it?