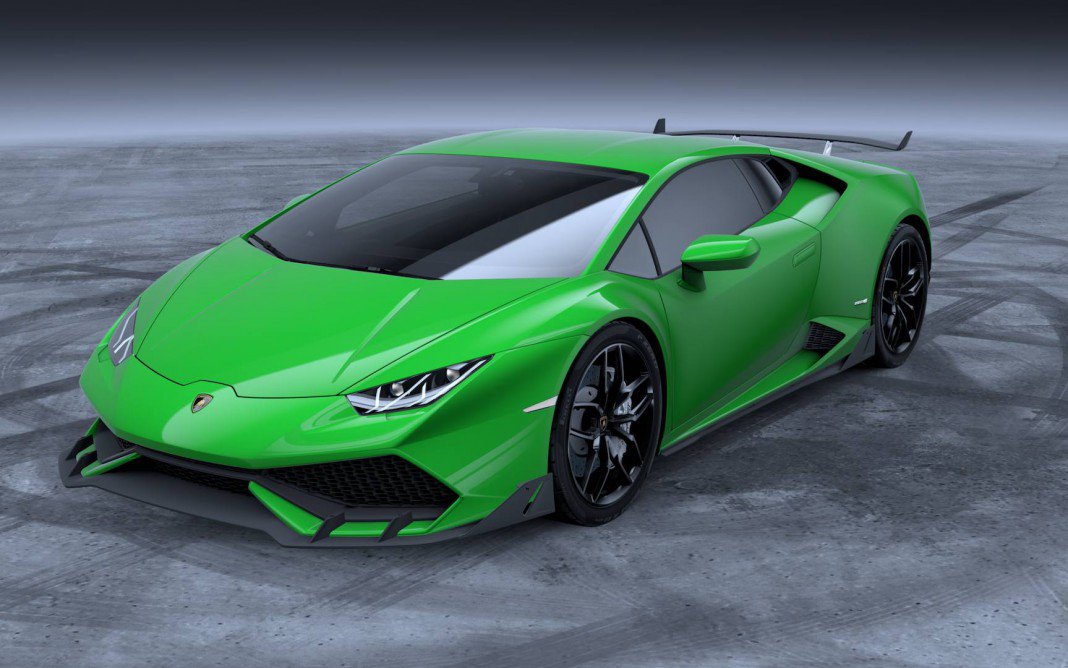 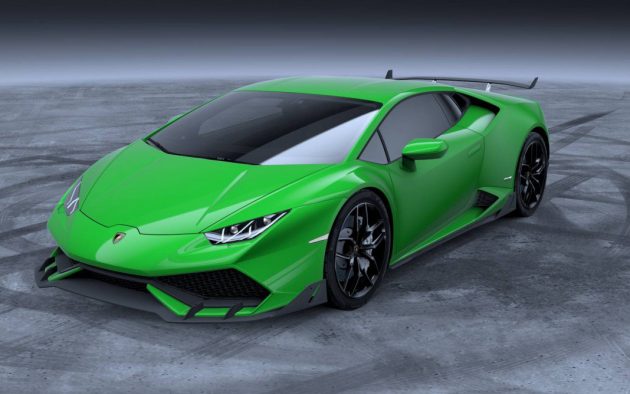 According to reports, Lamborghini is about to introduce a special aero enhancement package for its ‘entry-level’ supercar to give it both a more aggressive stance and to increase downforce at speed.

It’s understood the kit is being devised as part of the company’s decision to offer more personalisation options, through its Ad Personam division. More and more high-end companies are jumping onto this business opportunity, such as Bentley’s Mulliner division, Ferrari’s Tailor Made programme, and Aston Martin’s Q division.

As we can see by this image, first appearing in a GTspirit report, Lamborghini might have already mocked up some plans for the bodykit design. It’s unconfirmed at this stage but the image does look rather authentic.

At the front there’s a three-step splitter system with special fins that direct air into the large corner intakes, some side winglets, matching side skirts, and a big rear wing mounted on two alloy brackets. These parts are believed to have been made from carbon fibre, although coated in matte black here.

It’s unknown if these parts provide added downforce, or how much more compared with the standard car, but judging by the seriousness of it all we suspect there will be some beneficial gains.

PerformanceDrive has contacted Lamborghini’s Australian arm for comment or confirmation. We will update this story as soon as we hear more.