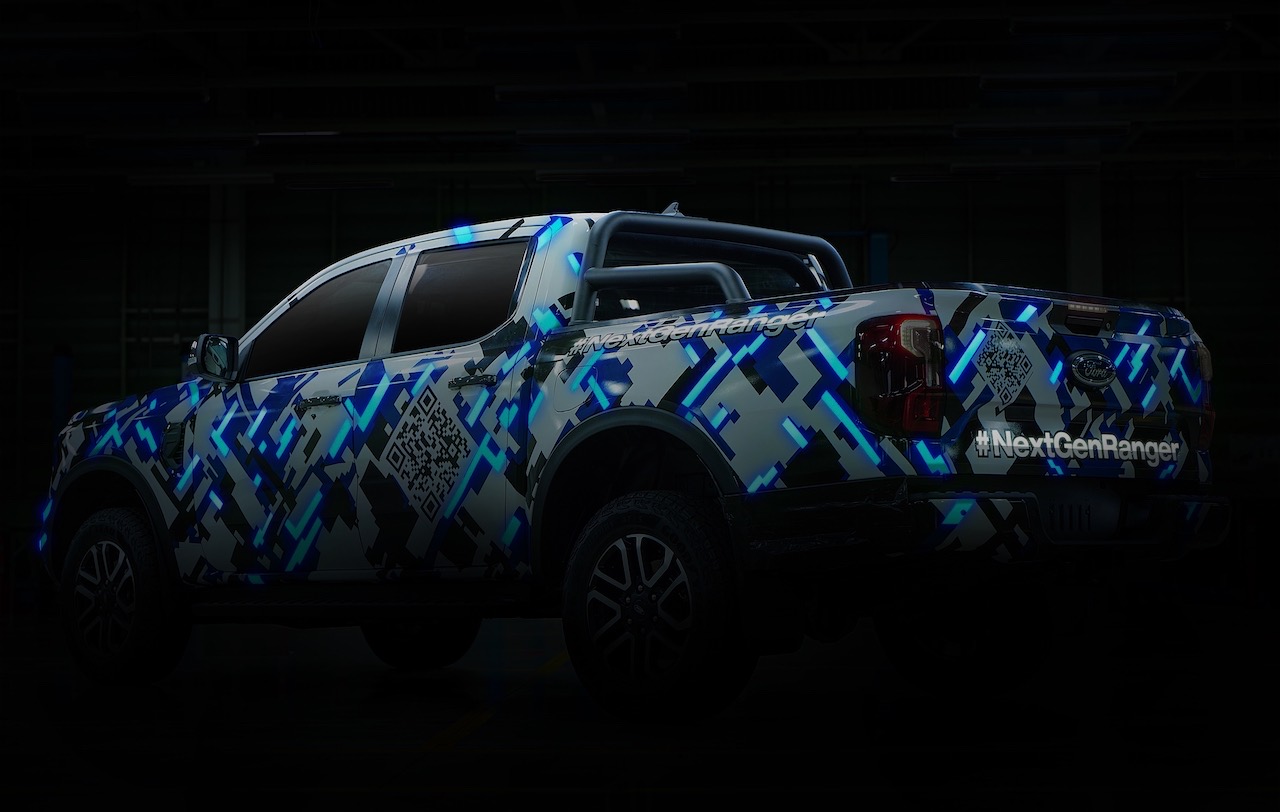 The teaser campaign for the all-new 2022 Ford Ranger continues, and this time the local arm has sent out some imagery showing a prototype wearing a retro wrap. The prototype also appears to be using rear disc brakes. 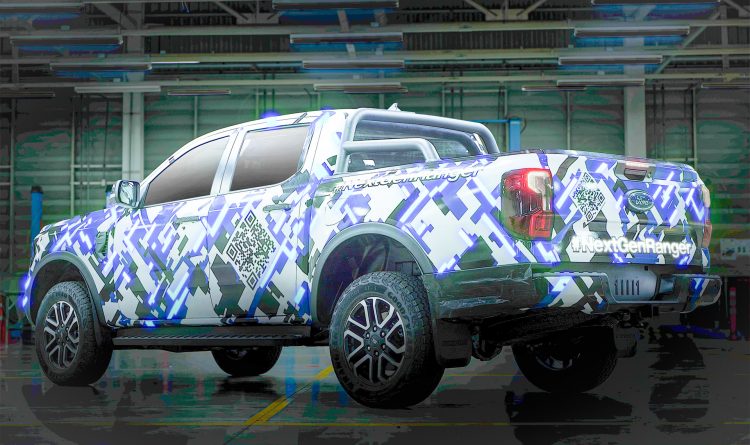 The next-gen Ford Ranger is set to take toughness and turn it up to 11, switching to a stern and upright design profile, with hints of American influence, and in particular, from the Ford F-150 and new Ford Maverick.

In the latest teaser we don’t get any more hard details, unfortunately. Instead, the company wants to talk about how it came up with the camouflage wrap design, which was produced at Ford’s Design Centre in Melbourne.

The design infuses a variety of black, blue and white blocks, arranged like something you’d see in a 1980s computer game. This pixelated pattern was inspired by mountain ranges, suggestive of the vehicle’s intended purpose. Ford designer, Lee Imrie, said:

“There’s no line work on this camo that aligns with anything on the exterior and that means you can’t see volume or shape or lines in the vehicle. My intention with this design was to scatter your eye so that you can’t focus on a specific line; and the colour patching adds to that effect.” 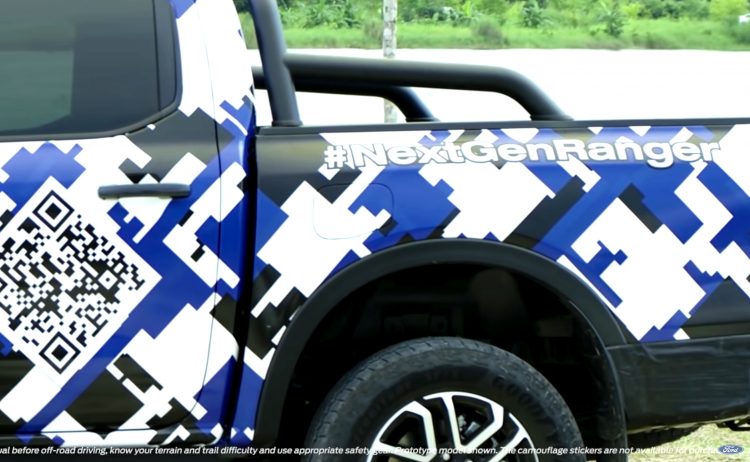 Ford will unveil the 2022 Ranger “later this year”, before it is expected to hit showrooms early next year. It’s set to debut a revised version of the current T6 platform, with power rumoured to fizz from a 3.0-litre ‘Power Stroke’ turbo-diesel V6. Such an option exists in the F-150, where it develops 186kW and 597Nm. Judging by the teasers, Ford is switching to rear disc brakes with the new model. We turned up the exposure levels on the top image to try and reveal the rear suspension layout as well, but it didn’t really work.

We’ll probably see a few more teasers roll out over the coming weeks, and we’ll obviously keep an eye out for any juicy details. Check out the promo video below for a preview.