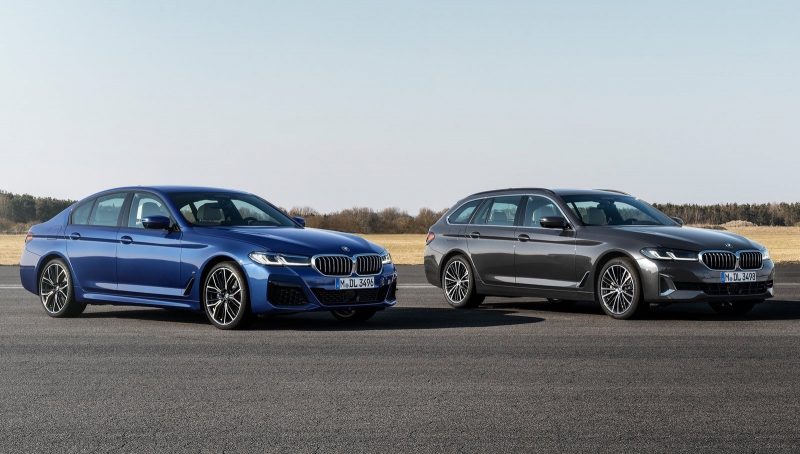 As promised, the 2021 BMW 5 Series facelift has been revealed today. It introduces 48V mild hybrid tech for almost the entire range, revised styling, and some added tech inside. Some variants also receive a bump up in engine power. 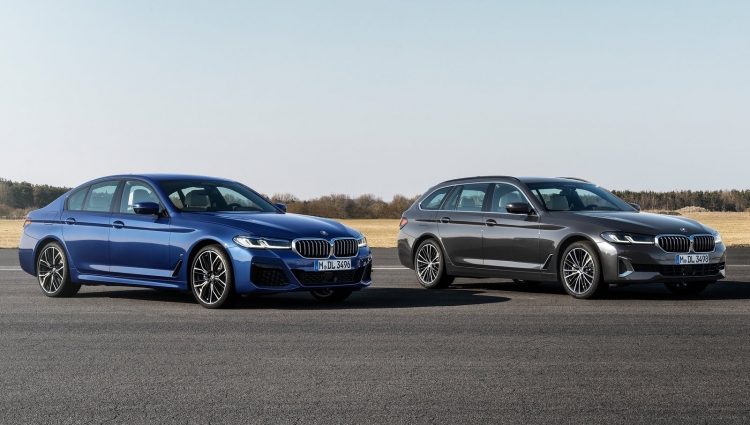 Kicking off with the design changes, BMW has applied a tidy nip and tuck to the stately sedan and wagon. It incorporates wider and thinner headlights with new LED L-shaped daytime running light patterns, optional Laserlighter technology, with wider and more focused front grilles in between that are connected with a single trim piece.

There’s also a revised front bumper bar that features straighter edges and sharper intakes. Around at the back are a pair of updated taillights that use new LED patterns to match the headlights, with discreet bumper bar shaping changes below for a cleaner look..

A new M Sport pack brings in updated aero styling, new-look 20-inch wheels and optional 20-inch “Air Performance” wheels (below), a new dark grey diffuser at the back, and trapezoidal exhaust tips to complete the stance. 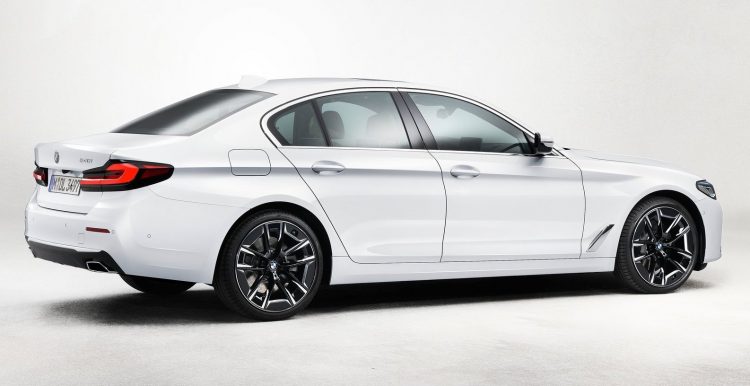 So, what’s new under the bonnet? A lot, actually. BMW is rolling out a range of updated engines for most of its vehicles. The biggest change is the introduction of 48V mild hybrid technology for all four- and six-cylinder engines. This is aimed at reducing emissions and fuel consumption but also increasing power outputs in some cases. 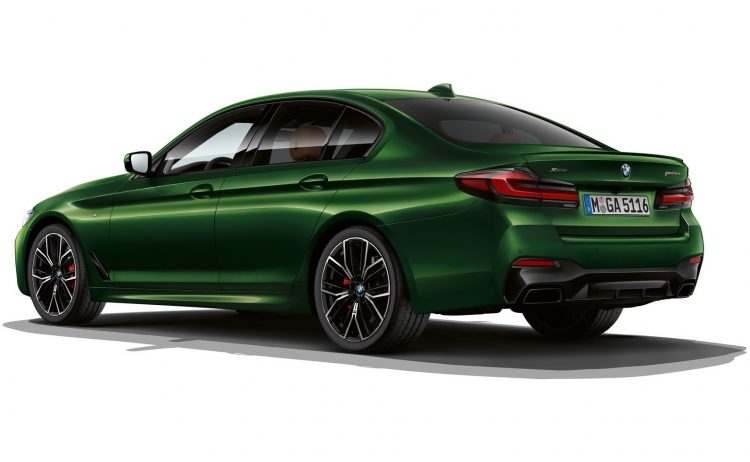 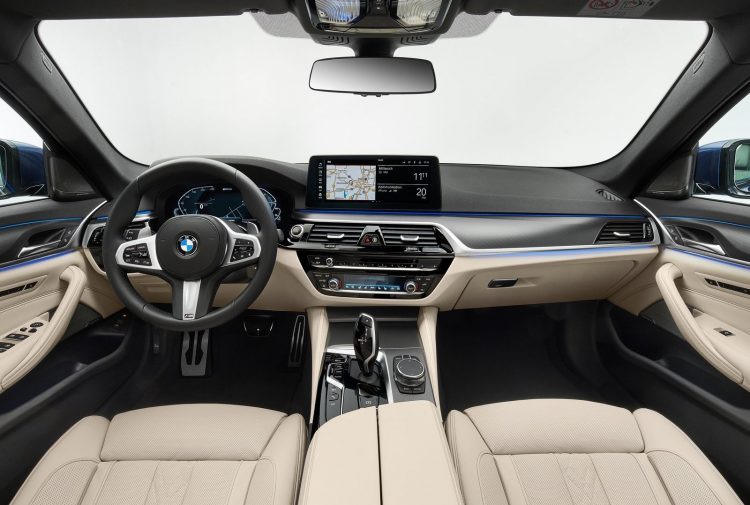 As for the interior, BMW adds its latest 7.0 operating software as well as a 12.3-inch media screen interface. There’s also revisions to the centre console and iDrive controls, as well as a standard leather-wrapped sports steering wheel incorporating the latest buttons in sync with the 7.0 system.

BMW Australia confirms there will be five variants introduced locally, including the M550i range-topper, the 530e hybrid, and two other petrol models and one diesel. Finer specs and prices will be announced closer to its local launch in October.