Volvo and Polestar have revealed the Volvo S60 Polestar Performance Concept car. The one-off special could spawn a future production model, giving the Swedish carmaker a worthy rival to the BMW M3 and Mercedes-Benz C 63 AMG. 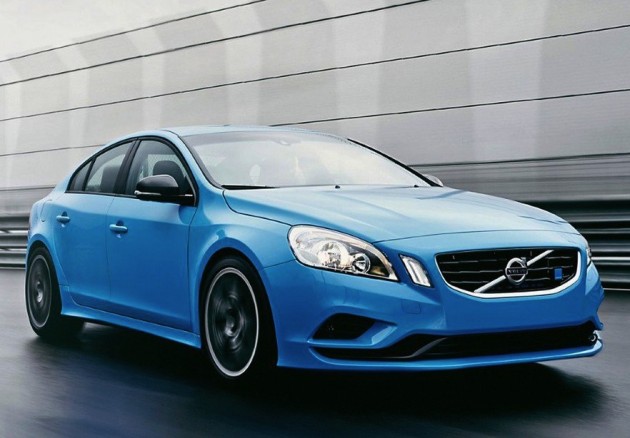 It was previously speculated that this special model could feature a V8 engine, preparing the S60 for the likes of the M3 and C 63 AMG. Instead, Polestar has heavily tuned the Ford-sourced S60 T6 R-Design 3.0-litre engine.

The engine consists of a 3.0-litre turbocharged straight six, which, in standard T6 form, produces 224kW. In the concept, power has been boosted to 374kW (508PS) and 575Nm. This makes it a lot more powerful than the German could-be rivals.

To ensure handling and braking is up to the same level, a Brembo 380mm front disc and 302mm rear disc brake package has been added, with six-piston front calipers. Suspension comes from an Ohlins kit, lowering the S60 by 30mm, with X-braces front and rear to increase rigidity. Front and rear track is also increase by 20m, and 40mm, respectively.

As for speed, 0-100km/h can be taken care of in just 3.9 seconds while top speed is over 300km/h. This is seriously quick for mid-sized sedan. Performance improvements have been thanks to new conrods, new intake and exhaust manifolds, a revised head and porting, and a Garret 3171 turbocharger.

On the outside, the Volvo S60 Polester concept features a subtle bodykit, with lip front and rear spoilers, widen front and rear guards by 20mm, and all painted in Polestar’s trademark racing blue shade. The concept also features a set of Polestar 19 x 9.5-inch alloy wheels wearing 265/30 tyres.

It’s understood the ballistic creation is a one-off model, built as a custom order for one of Volvo/Polestar’s clients. The model could eventually inspire a small-production showroom edition in the future, however, nothing is official at this stage.