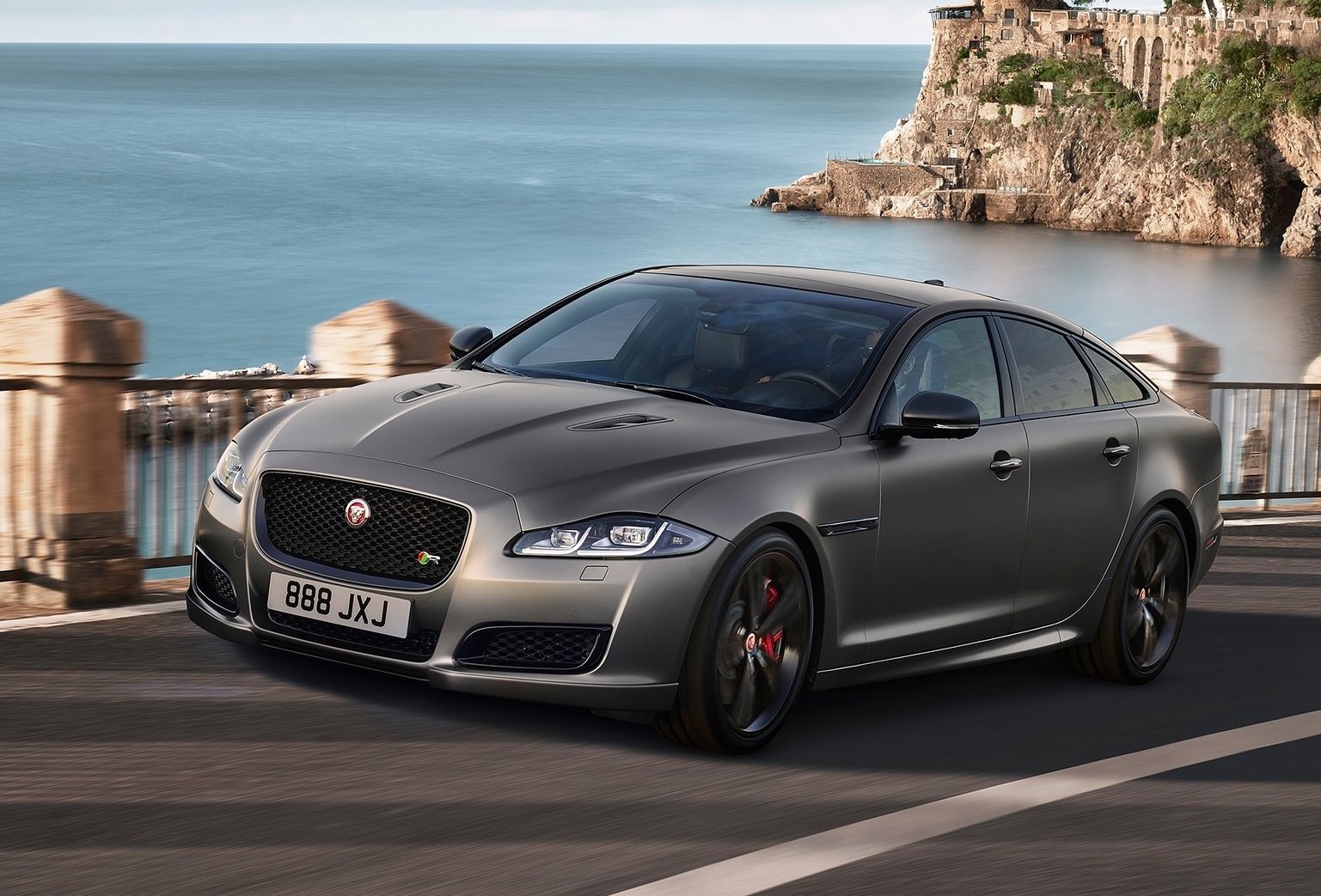 Finding a super sports offering in the large luxury sedan market has just become a whole lot more interesting, with the introduction of the Jaguar XJR575. It coincides with the MY18 XJ release. 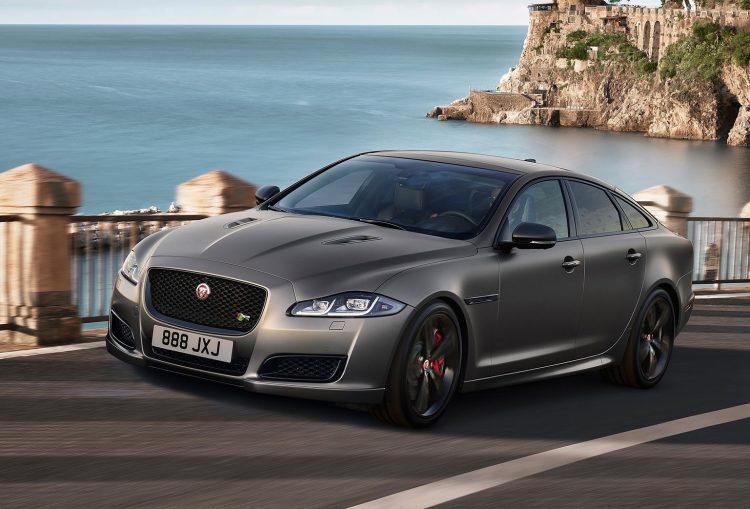 As you might have guessed, the XJR575 comes in as the new performance flagship variant and Jaguar is boasting it as the most dynamic version yet. It has been created with the help of Jaguar Land Rover’s fast-growing Special Vehicle Operations division.

Under the bonnet is the 5.0-litre supercharged V8 taken from the F-Type SVR. It produces an almighty 423kW and 700Nm, sent through an eight-speed automatic transmission with rear-wheel drive. Across 0-100km/h it stops the clock in just 4.4 seconds, making it one of the quickest cars in its class.

For the exterior there are a number of bespoke highlights, chief among which include two specially-created colours from SVO; Velocity Blue and Satin Corris Grey. Other details include a unique aero kit with aggressive side sills, front and rear bumper bars, and twin bonnet vents, and a rear spoiler. A number of highlights are showcased in black too for the ultimate sinister look.

For the interior there’s embossed tread plates, 575 intaglio and diamond-quilted leather seating. There’s also a number of 575 logos around the place to separate it form the regular XJ. Topping off the package are some 20-inch Farallon black alloy wheels.

As for the MY18 XJ update, Jaguar is introducing 4G Wi-Fi capability, along with a larger, 10-inch touch-screen display filled with Jaguar’s latest apps and smartphone pairing, and pinch and zoom functionality. Forward traffic detection is also added, and lane keep assist, along with autonomous emergency braking with pedestrian detection between 5-60km/h.

Jaguar Australia will be launching the new model lineup during the first quarter of 2018. The local lineup spans from the Premium Luxury, Portfolio, R-Sport, XJR575, to the luxury-focused Autobiography. Engines range from a 221kW diesel, 250kW supercharged V6 petrol, 373kW supercharged V8, to the 424kW XJR575. Prices are yet to be confirmed.