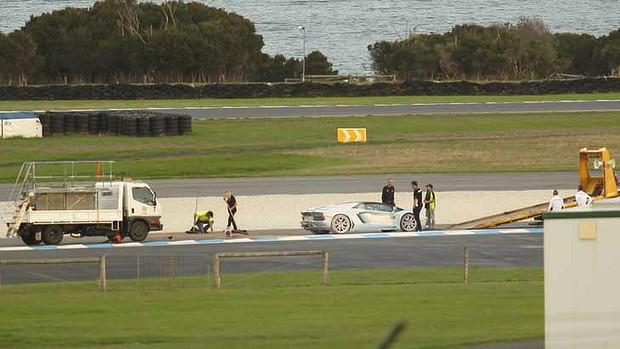 A Lamborghini Aventador Roadster caught fire during a special drive presentation and media test drives at Phillip Island recently, with Lamborghini officials asking media not to report the incident. Whoops.

It’s understood Top Gear Australia‘s Tim Keen was driving the supercar at the famous circuit at the time, before noticeable flames emerged from around the engine compartment. Keen was apparently told to pull over immediately and get out, while officials extinguished the fire. Keen was uninjured. 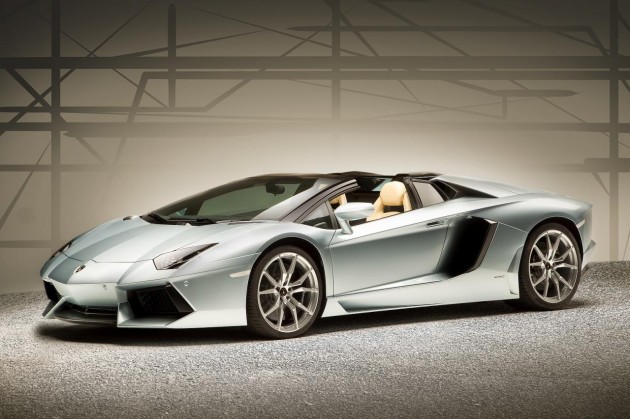 This caused a rather humorous cover-up attempt by Lamborghini. Lamborghini officials reportedly told all media and those on attendance to delete any photos and videos they had taken of the car on fire. Sebastien Henry, Lamborghini Asia and Pacific boss, later denied such instructions, saying,

“We certainly did not ‘force’ any of our guests to delete any imagery obtained on the day. We did however, kindly request that our guests refrain from making any assumptions through the media – particularly when, at the time, the cause of the incident had not yet been adequately investigated.”

Interestingly, we can’t find any photos of the incident, which is strange given that most would photograph such an extraordinary car if it were parked in the street, let alone if it were on fire.

The official cause of the fire is yet to be announced, however, according to a Fairfax report it all started from a small amount of brake fluid leaking onto the exhaust system. Lamborghini said,

“Automobili Lamborghini has confirmed that the issue was accidental due to the vehicle’s extended track use in a high-temperature environment.”

The Phillip Island circuit off the coast of Melbourne in Victoria is known for its extremely hot climate at this time of the year… actually, no that’s not right is it. The weather reports show the area reached an average maximum of about 18 degrees Celsius in the past week.

Lamborghini vehicles and most high-tech, high-powered supercars are quite prone to fires. After all, there is a lot going on in the engine compartment. The Ferrari 458 has been recalled, several Gallardo fires prompted a recall, and even the Porsche 911 GT3 has been recalled due to a potential fire hazard.

Seen as though this is only one of very few incidents for the Aventador, it’s very unlikely there is a real issue or potential recall on the horizon. It’s funny how the company reacted though, and tried to conceal the situation.

UPDATE: An image of the incident has been found. Added to the top of the report.