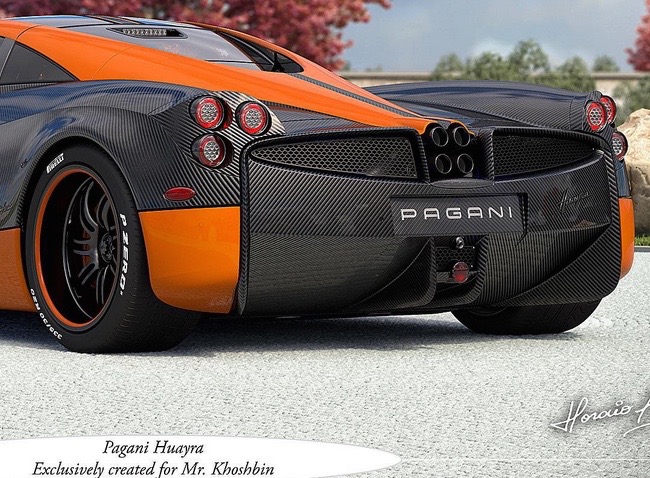 A future Pagani Huayra owner has sent out a preview image of a bespoke one-off edition that has been made, dubbed the Huayra Hermes Edition. 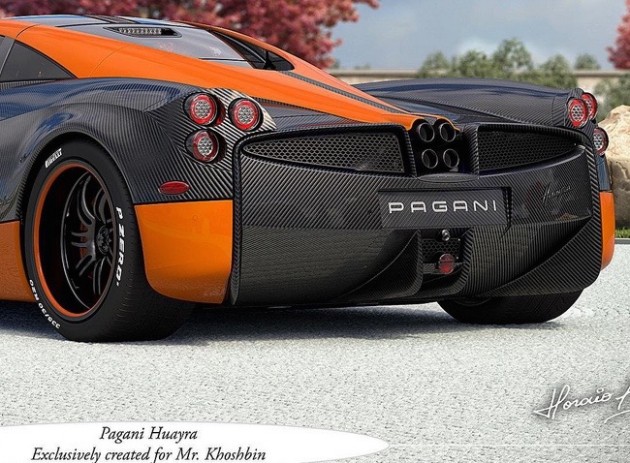 The owner, Manny Khoshbin, used Intagram to post a teaser image showing the rear end of the special edition. As you can see, it takes on a unique orange and naked carbon fibre colour scheme.

Pagani is yet to reveal any details on the special edition, but it’s understood it is a one-off custom order. According to reports, the regular Huayra is actually sold out, which could mean Pagani is now only making special orders of the exquisite hypercar.

In standard form the Huayra is powered by a 6.0-litre twin-turbo V12 Mercedes-AMG engine, producing 540kW and 1100Nm. It’s connected up to a seven-speed sequential transmission with rear-wheel drive.

The interior can be completely customised in a number of different trimming and colour combinations, with this Hermes Edition likely adopting a similar orange and black theme. Wouldn’t it be nice to have the money to create a custom Huayra…