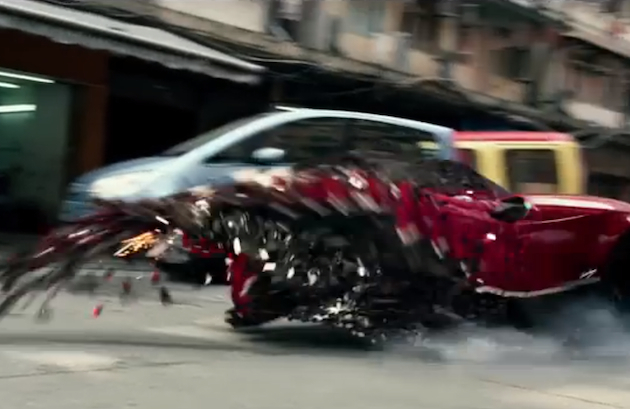 While checking out one of the latest trailers for the upcoming Transformers: Age of Extinction film, we couldn’t help but notice a Pagani Huayra transform – you have watch very closely to spot it. The trailer named ‘Destroyer’, features on director Michael Bay’s YouTube account.

In reality, the Pagani Huayra uses a Mercedes-AMG bi-turbo V12 that pumps out 539kW and 1000Nm.

The fourth installment of the Transformers series is set to be released in Australia on June 25. Hopefully we’ll get to see some driving sequences with the Huayra.