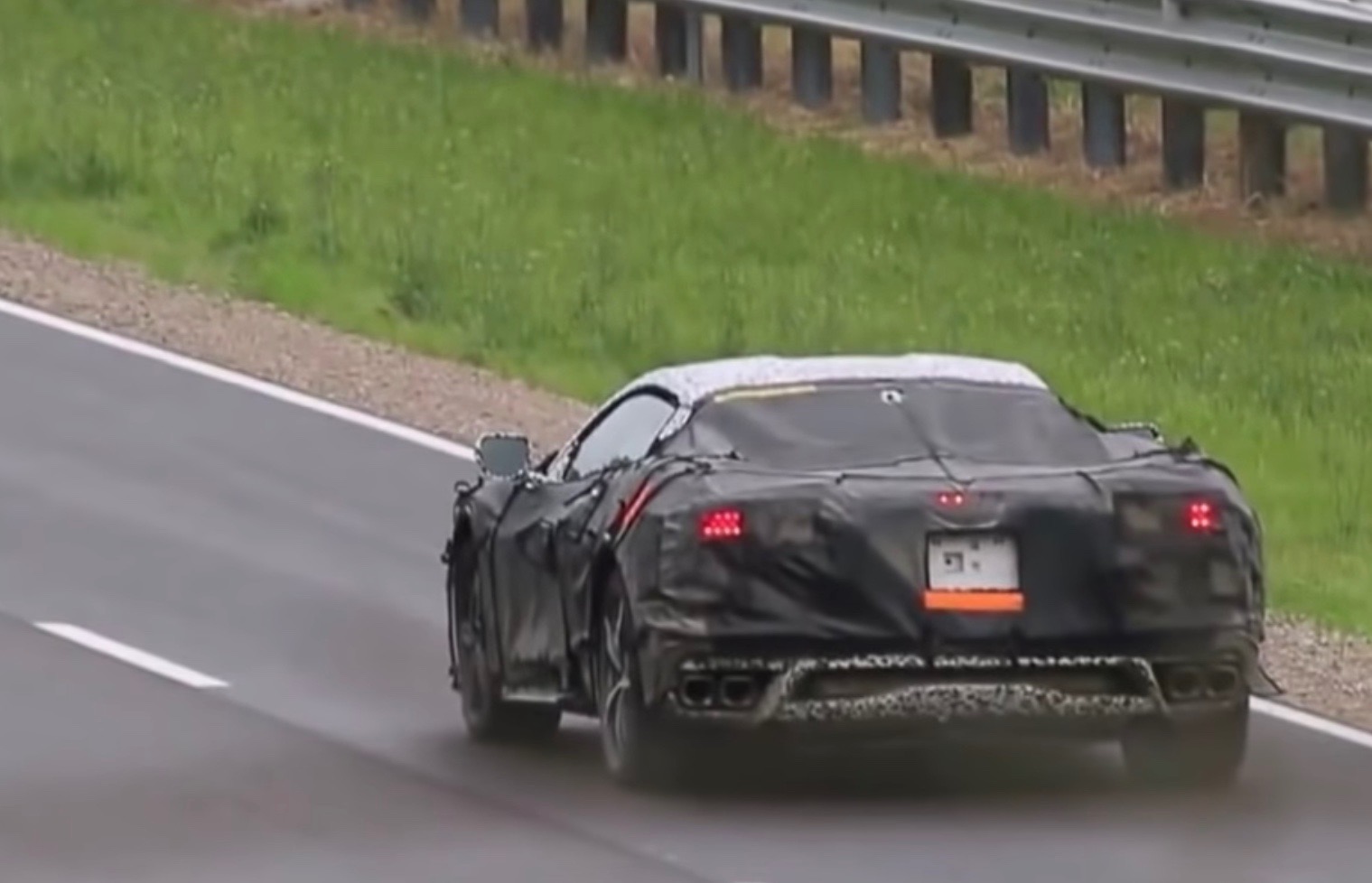 The next-gen, mid-engine Chevrolet C8 Corvette has been spotted testing in the US again. And this time we get more of a listen to the new powertrain as the driver performs some acceleration tests. 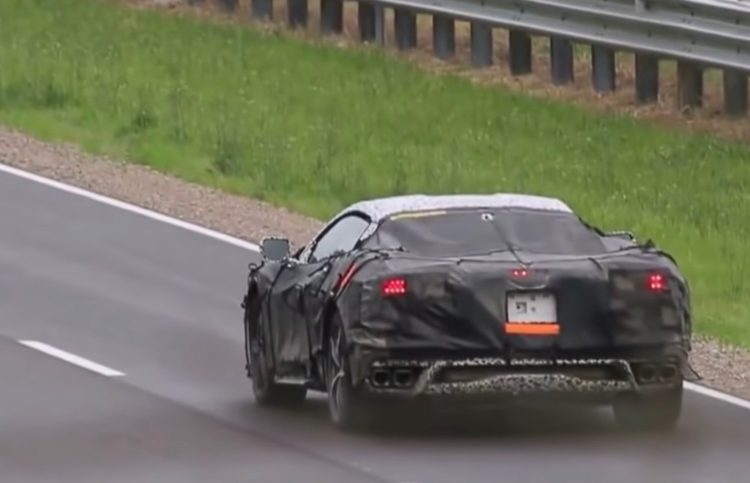 In this latest clip it looks like engineers are testing out the on-board traction control system. The prototype is seen performing some take off runs from a standing start, potentially with and without traction control activated. During the second run, the car takes off and you can hear a little bit of wheelspin.

What else you can hear is the V8 engine. Official specs are yet to be confirmed but reports speculate Chevrolet will finally switch to a downsized V8, at least for the upper end variants. For the base model, the company’s 6.2-litre naturally aspirated V8 is expected to continue, producing around 340kW (460hp).

For the upper variants, it’s believed Chevrolet will adopt the 4.2-litre twin-turbo V8 that debuted in the Cadillac CT6 V-Sport. In that the engine develops a healthy 410kW and 850Nm. This could be turned up to around the 485kW (650hp) mark for the ‘Vette, with rumours suggesting up to 850hp for a range-topping ZR1.

There has been plenty of rumours surrounding the gearbox on the new model. And in this video it seems the rumour is correct; a dual-clutch auto is coming. During the acceleration runs the prototype upshifts incredibly quickly, suspiciously like a dual-clutch unit.

With a dual-clutch transmission, along with a mid-mounted engine configuration, the new model is expected to come in as the quickest Corvette ever. And not just in a straight line. Using a mid-mounted setup like a proper supercar, Chevrolet could be looking to take on the big guns from Ferrari and Lamborghini, and their 488 GTB and Huracan models, respectively.

As for the styling? It’ll likely adopt Chevrolet’s latest design language, with thin and wide headlights incorporating only LED beams, with a thin front grille and lower intakes for the cooling system. Being mid-engined means the C8 Corvette will use some side intakes around the rear wheel area, with a very low profile silhouette.

Production is set to commence around 2019-2020, with an official unveiling tipped for later next year. Click play below for a preview.