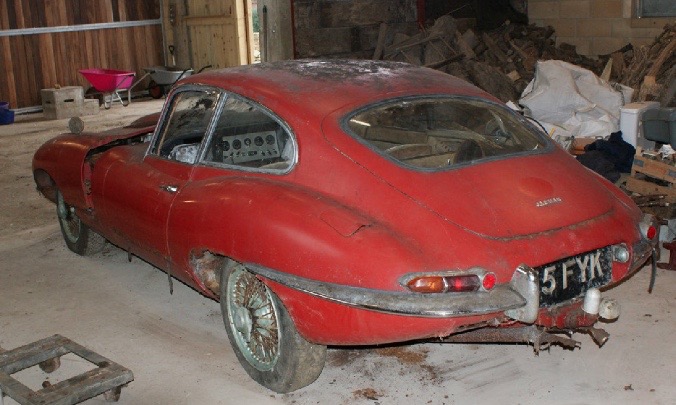 This is one of those extremely rare occurrences. You know the type, where someone finds a cool classic car buried away in some shed. As was the case with this 1963 Jaguar E-Type which recently sold at the COYS Spring Classics auction for £58,000 (about AU$110,400). 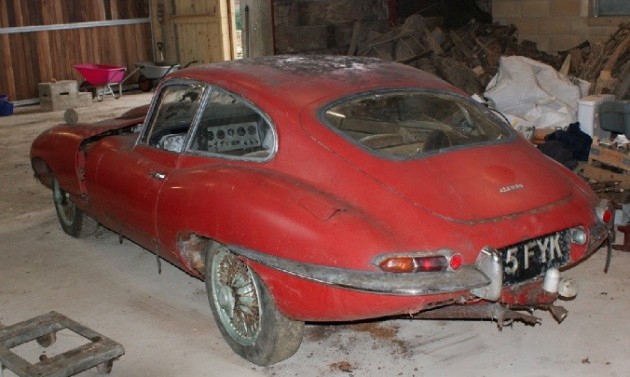 Instead of being found in a shed though, like your typical ‘barn find’, this classic British sports car was found under some bushes. Yep, someone actually left a Jaguar E-Type to rot away in a hedge.

The story is the most recent owner, a chap named Frank Riches, used to race the E-Type back in the 1960s. It suffered a damaged clutch but instead repairing it, Riches decided to store it away. It was then removed from storage and shoved in the garden during 1980s with a tarp over it.

Fortunately, the car was discovered and retrieved from the hedge in 2015. It still had the last rego sticker on it from when it was last road registered back in 1969. The odometer reads just 72,211km.

Riches did make some modifications to the car to prepare it for track stints, and even fitted a tow bar to tow an MG racer to the track. He used to race both on the weekends, driving the Jaguar to the event and towing the MG. All original parts have been kept, along with all service and owner manuals. The overall condition is said to be perfect for restoration.

If only we could all find rare classics like this. The next time we see an object under a hedge with a tarp over it we’ll have to think twice and consider knocking on the owners door to enquire.