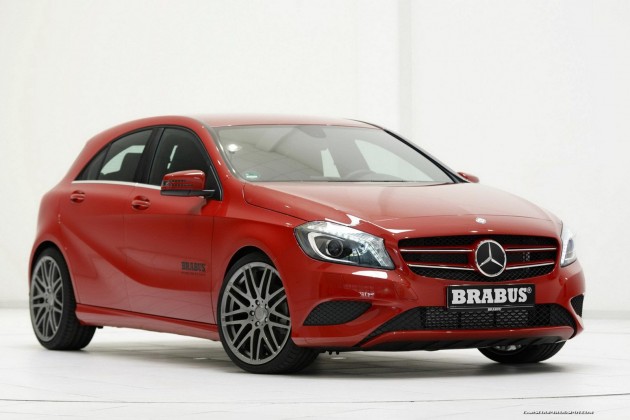 Although it is unclear at this stage if the sporty hatch is packing a biturbo V12 under the bonnet, knowing BRABUS, the company is holding back on revealing the full details until a later date.

As you can see though the company has worked up some styling enhancements for the sleek new hatch, including a set of iconic BRABUS 19-inch alloy wheels and a full sports suspension setup which lowers the A-Class down for a fatter stance. 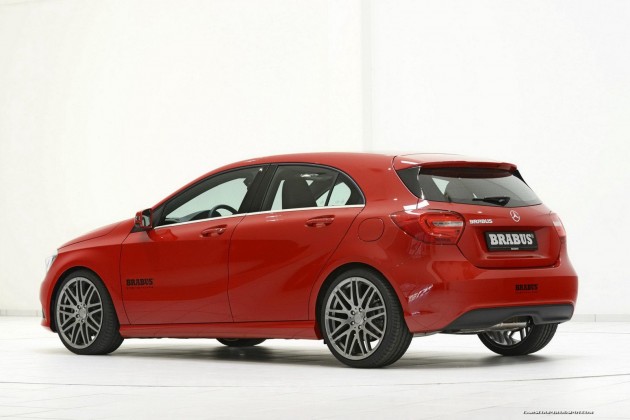 Inside is expected to showcase BRABUS’s trademark complete retrim upholstery, with loads of soft Alcantara and leather, as well as various pieces of bespoke technology thrown in for good measure, possibly including large LCD screens.

Under the bonnet is likely to see mild to moderate tuning of the standard turbo-petrol and turbo-diesel engines. From the factory, the most powerful new A-Class is the A 250 which comes with a 2.0-litre turbo producing 155kW. An A 45 AMG version is also on the way with around 250kW.

We look forward to seeing what BRABUS can do with the new A-Class as it is the best-looking hatch Mercedes-Benz has ever come up with in our opinion. The new model will go on sale in Australia in early 2013.