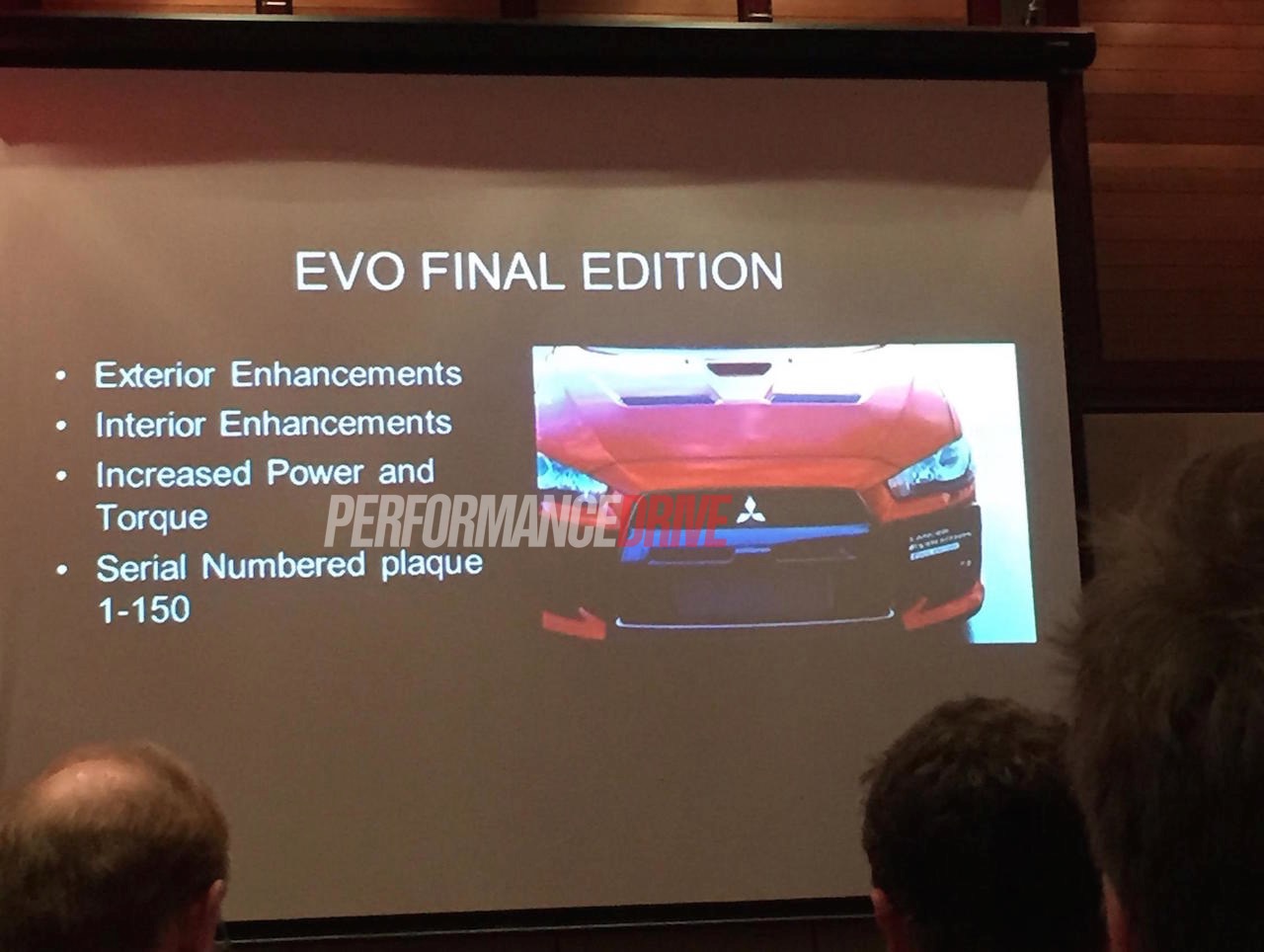 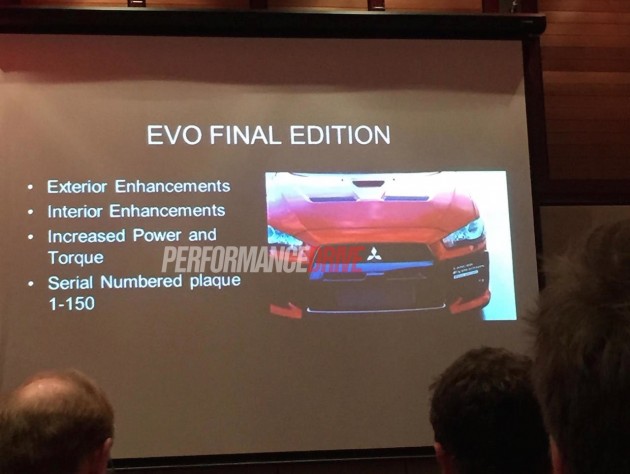 The local arm revealed the plans during the Australian 2016 Triton launch today at Fraser Island (review coming soon). It will be the last Lancer Evolution made, with a replacement ‘Evo XI’ not in sight.

A ‘Final Concept’ was revealed at the Tokyo Auto Salon late last year. This production model will probably draw a lot of inspiration from the concept, although it could be turned down a few notches.

Final specifications and details are yet to be announced, however, the special concept came with a heavily boosted version of the regular 2.0-litre turbocharged engine, producing a whopping 353kW – fingers crossed this makes it to showrooms.

Other unique highlights from the concept likely to carry over include 19-inch RAYS lightweight black forged alloy wheels, a matching black roof spoiler and rear wing, and an enhanced interior. The concept also featured a motorsport-ready HKS suspension setup with fully adjustable settings.

More details on the production version set for Australia are expected to be announced any day now. Just 150 will hit the market.