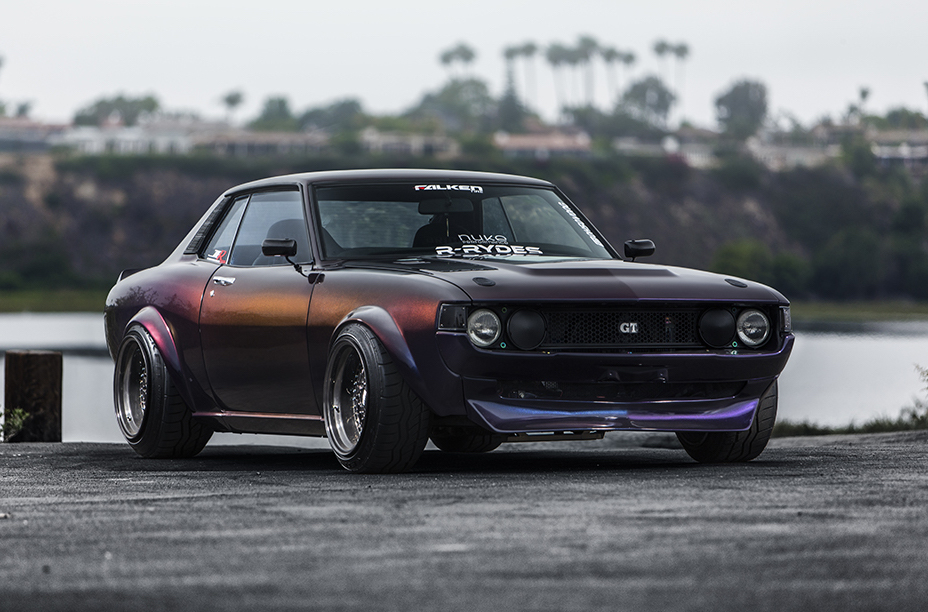 The RA24 Toyota Celica might not be the first car you think of for a sweet Honda S2000 F22C engine conversion, but this example has certainly pulled it off with very convincing character. 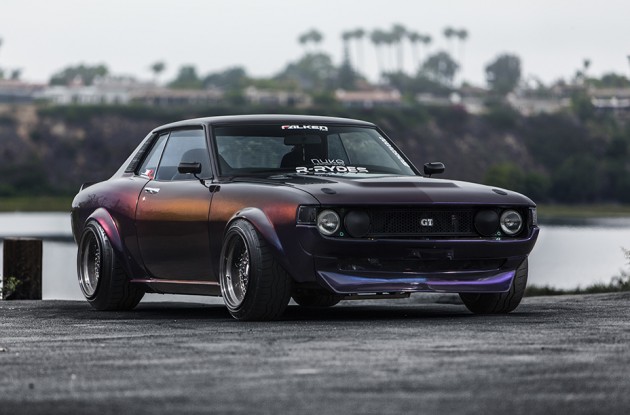 Nestled under the bonnet is the high-revving delight that is the 2.2-litre Honda VTEC naturally aspirated four-cylinder found in the later S2000 models. In stock form it produces 177kW and 207Nm. There hasn’t been any mention of how difficult the engine conversion is on the original TheHundreds.com feature, but we’re guessing it would require some decent cross-member and engine mount adjusting and of course the full install of the fuel injection system.

This isn’t exactly a powerhouse, but it does suit perfectly to the old-school ‘NA’ personality of retro rear-wheel drive cars like the Celica. There’s no mention of acceleration figures or anything like that, but given the RA24 weighs about 900kg in standard form, this would no doubt go like a branded bull.

It looks like the engine has been modified to some extent too, with exposed intake trumpets, lots of neochrome components, and some custom vacuum/engine breathing control.

Aside from the engine, the custom build comes equipped with pumped wheel arches. These try to contain a set of gob-smacking BBS RS deep-dish wheels with neochrome bolts.

The body is painted in a Midnight Purple colour scheme taken from the Nissan Skyline. There’s also a number of black trimmings around the front end and matching side mirrors, the black wheels, as well as a neat lip spoiler at the back. Needless to say, this would be a hoot to drive.