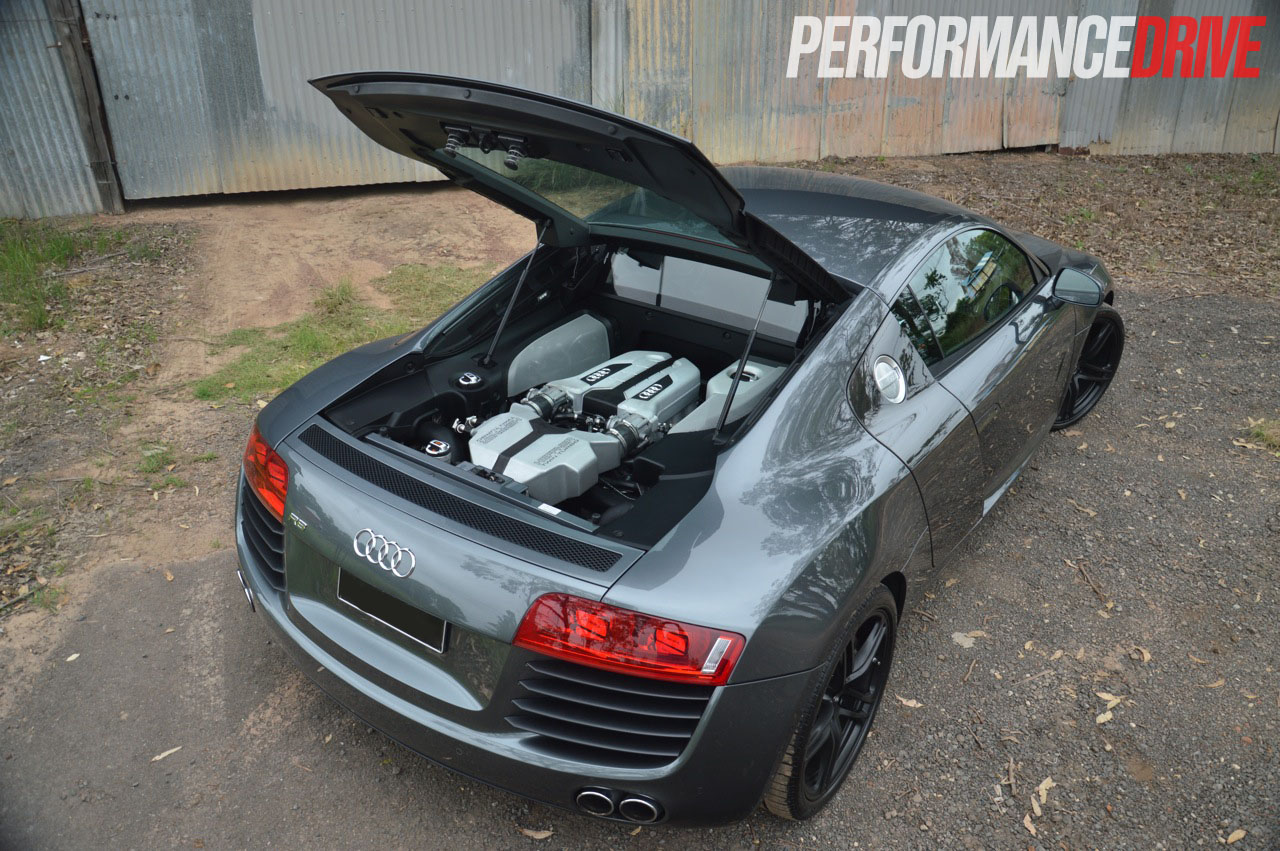 RamSpeed in Sydney has just finished building what is believed to be the second-ever Audi R8 in the country fitted with a Heffner twin-turbo kit. The package is installed on the V8 version of the all-wheel drive Audi supercar. 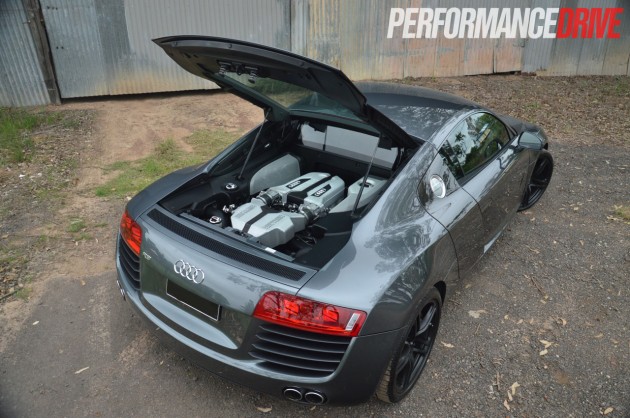 Starting with a very neat grey Audi R8 4.2-litre V8, the Heffner twin-turbo kit looks remarkably subtle in the engine bay, with all of the covers in place that is.

With the rear bumper bar removed, a ram-like set of polished aluminium horns are exposed which make up the turbo dump piping and exhaust. 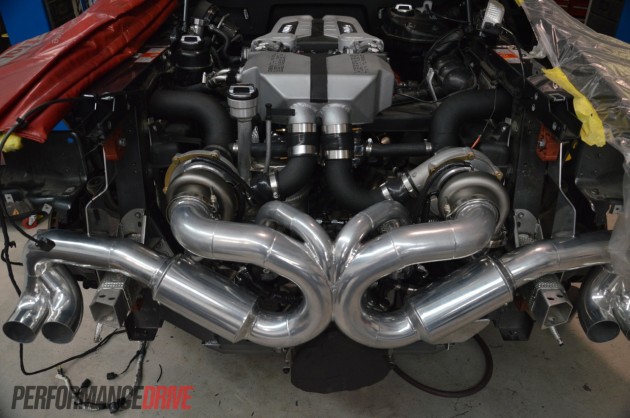 The system is running a mild boost level of around 6-7psi, but even still, the 4.2-litre V8 already produces 309kW in standard form. On the dyno, this kit boosts power to around the 400kW mark at all four wheels.

It might not look like it but the kit includes lots of intricate piping and hoses, however, these are all kept very neat and out of view for an almost factory appearance. Only the two large Heffner-stamped plenums and intake manifold give the game away. 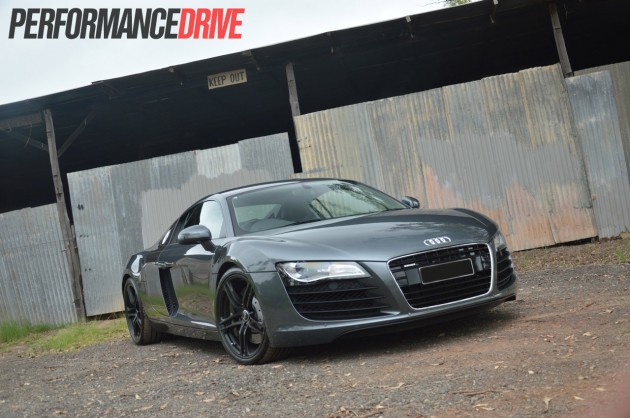 To give the car some added exclusivity, RamSpeed has also fit a number of carbon fibre trimmings to the interior, including around the dash and on the door trims. The factory Audi alloy wheels are also given a satin-finish black coat of paint for that stealthy look.

Out on the tarmac, the Audi R8 twin-turbo is an absolute ball-tearer. It pulls big g-forces, especially during mid-range acceleration, and climbs effortlessly to its redline. At this point, the twin TiAL wastegates give off a satisfying chirping whistle as the excess boost pressure is released.

RamSpeed says the package is only mild and could potentially produce a lot more horsepower if desired, however, in the name of day-to-day useability, the package is perfect how it is; it’s not overly loud and the engine is not under major additional stresses.

Click play below to see our short video showcase of the car, including some engine sounds and a couple of acceleration stints.