Luca di Montezemolo has apparently announced plans to run for Italian presidency in 2013. The current boss of Ferrari wants to clean up Italy, so to speak, and eradicate corruption, cut government waste and create more jobs. 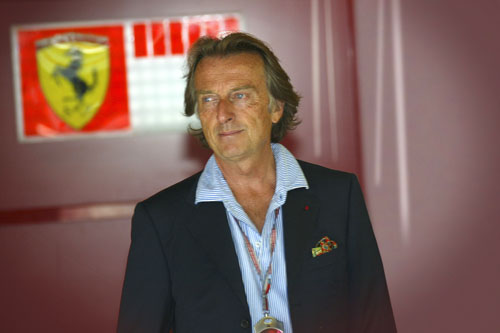 There’s certainly a potential for the people to vote for Luca di Montezemolo, who has shown his dedication and then leadership skills with Ferrari and racing sector, Scuderia. He has been with Ferrari for just under 30 years.

Luca di Montezemolo (full name Cordero di Montezemolo) first started at Ferrari in 1973 as Enzo Ferrari’s assistant. He then worked his way through various brands under Ferrari parent company Fiat, and is now the president of Ferrari and Maserati and chairman of Ferrari S.p.A.

“Italiafutura with its 40,000 members will be actively engaged in 2012 to try and change politics in Italy. The Second Republic has failed. When the Italian voters return to the polls, they must be offered a whole series of new ideas and new leaders in the elections, so that they can turn their backs on what has been a period of total failure in Italian politics.”

With the way the Italian economy and government infrastructure is right now, and the people’s trust and faith in the current government, we have no doubt Montezemolo could be one of the favourites to lead the country. He even speaks like a politician,

“We must start working even harder to create a strong, united network throughout Italy by June and also work hard to introduce realistic measures to tackle the numerous emergency situations in the country.”

What do you think? Would he make a great Italian president?