A British tuning specialist by the name of Prindiville has released its idea of a Prindiville Lamborghini Aventador J. For those who don’t know, the Aventador J is an insane one-off concept car. 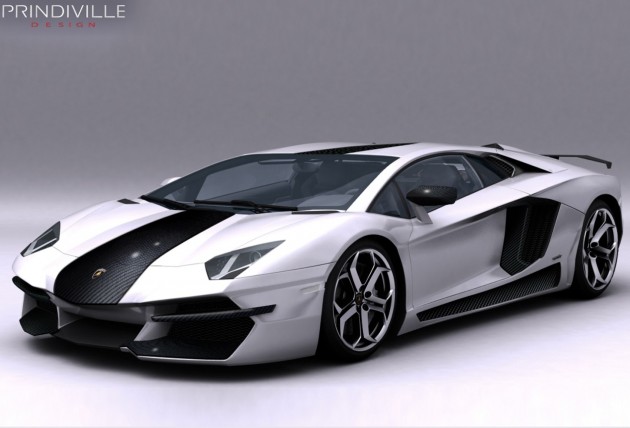 The J concept is completely nuts, and the perfect Lamborghini really. It’s extremely low – topping out at just 1110mm – and features no windscreen, no roof, and an epic 515kW 6.5-litre V12 sitting behind the cabin. Top speed is rated at over 300km/h.

Prindiville has come up with some revisions that don’t really tame the beast, but make it a fraction more practical, and even faster.

To start from the outside, Prindiville has fitted a carbon fibre bodykit with a carbon strip down the middle, and fitted a low-profile roof. There’s also a windscreen in place to stop bugs from hitting the back of your throat as you scream down the highway. 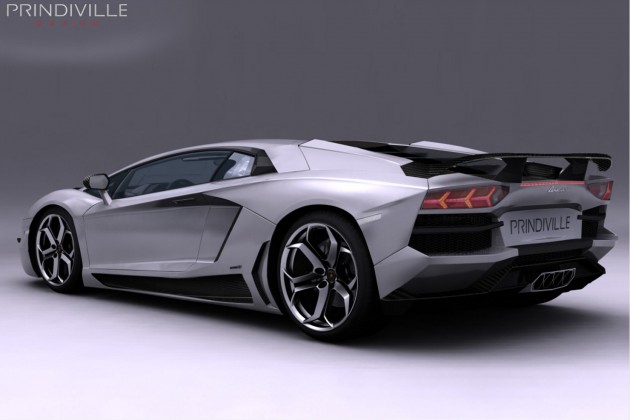 Screaming you will, as Prindiville has fettled with the Lambo’s ECU. Power is boosted up to a ferocious 592kW, while acceleration from 0-100km/h is said to take around 2.5 seconds – or as quick as a full-on sports motorbike.

Inside, Prindiville has also given the cabin a makeover, with customer-ordered leather upholstery, and a new satellite navigation and DVD unit in the dash.

Just eight versions have apparently been/or will be built, however, we’re sure if you have the money Prindiville would be happy to build another. Alex Prindiville, founder and chief designer of the company, recently said,

“Although this model was created as a one off-example, the design which we have created showcases the beauty and technology which we are able to offer clients across our custom-built supercar model range including the Aventador.”