Ever wondered what happens when you slam on the anchors in a Porsche 911 GT3 RS 4.0 at 300km/h? Sport Auto in Germany has wondered the same thing then did it. And, ended up breaking the braking world record in the process. 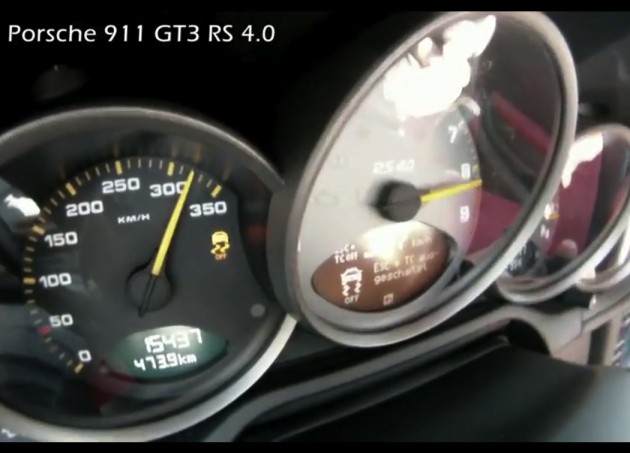 The Porsche 911 GT3 RS 4.0 is the bees knees of the hardcore 911 range. It’s raw, lightweight (1360kg) attitude is seriously focused for the track, while the new 4.0-litre flat six engine, producing 368kW and 460Nm, is ready to rip you out of the corners and push you down the straights.

Sport Auto magazine in Germany conducted its high speed tests in Papenburg recently, and the GT3 RS 4.0 stood out with its 300-0km/h record time of just 6.5 seconds. This put it ahead of the previous record holder, the Koenigsegg Agera R, which has managed it in 6.66 seconds.

Other mouth-watering supercars on attendance for the hair-raising testing event included a Bugatti Veyron Super Sport, McLaren MP4-12C, Alpina B5 BiTurbo and a Cadillac CTS-V Coupe.

Click play on the video below to see how the test went down in the GT3. We suspect you could probably do some welding using the heat in the brakes after the test, they’d be that hot.