Mercedes McLaren driver Lewis Hamilton has taken out the 2012 Hungarian Formula One Grand Prix after fighting off a fast finishing Fin Kimi Raikkonen. 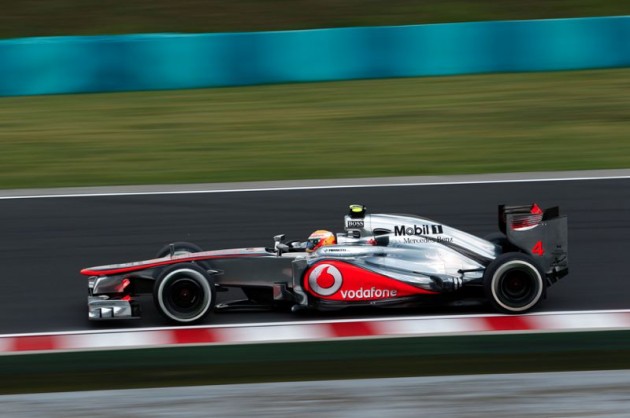 Hamilton led from pole and was never overtaken – except during pitstop sequences – in the 69 laps of the Budapest circuit. He did have to pick up the pace as Renault veteran Kimi Raikkonen started to fill his mirrors as the race reached its final stages though, but the British driver didn’t budge and held on for his second win of the season.

Aussie Mark Webber (surprisingly) got off to a great start from 11th to get up to 7th within a few laps. But a diff problem and a three-stop strategy saw him lose a place to Williams youngster Bruno Senna and finished 8th.

The Aussie said post race that he was banking on other teams struggling on a two stop strategy but it simply didn’t happen.

“We were hoping people would be in a bit more trouble with their tyres at the end,” Webber said.

“We were in fifth place and had a nice cushion, but we’ve had plenty of times this year where the tyres had stopped working towards the end of the race.

“Today it didn’t really work out that way and we lost places through trying something different. I was quicker in the closing stages, but it’s hard to overtake here and I couldn’t get the job done.

“Still, we moved up three places from the start, we have good points and it’s very open for the rest of the year.”

Rosberg’s teammate Michael Schumacher had a race to forget. The seven-time world champ’s engine stalled on the grid causing an abandoned start. To make matters worse he was then given a drive through penalty for speeding in pitlane.

The German eventually parked the Mercedes in the garage with just 11 laps remaining.

The other Aussie in the race, Toro Rosso driver Daniel Ricciardo, again failed to gain points with a 15th placing. But the youngster did finish one spot ahead of teammate Jean Eric Vergne.

The F1 championship now goes on break for a month for the northern hemisphere summer before the Belgian Grand Prix on August 31 to September 2.