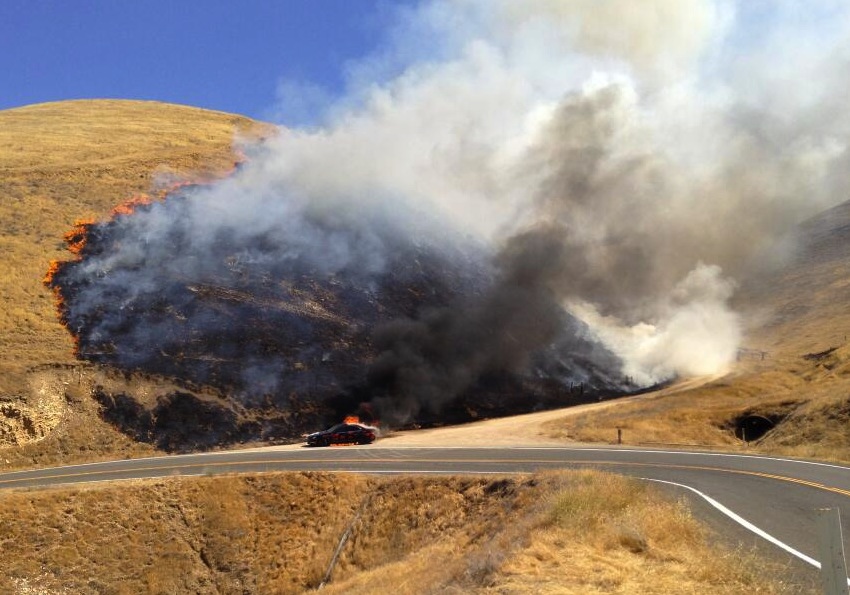 A Nissan GT-R and a Mercedes-Benz C 63 AMG have been involved in a bit of a freak accident in California, USA, after the driver of the GT-R lost control during the GG2H Rally. 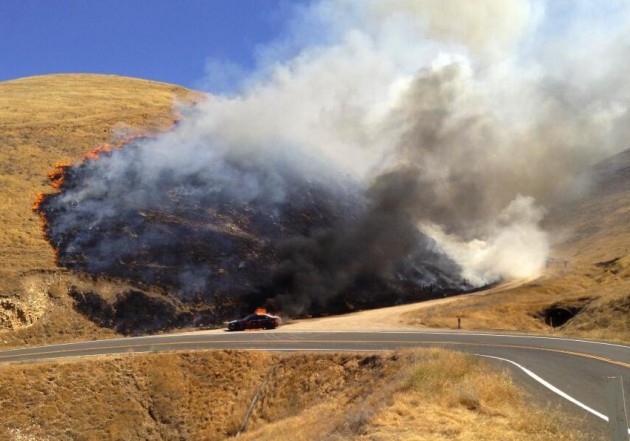 The exact cause of the crash is still a bit hazy at this stage. As far as we know, the Nissan GT-R, which featured a Switzer P800 tune, veered off the road and landed in a big drain pipe ditch, upside down. The occupants escaped without serious injury.

As for the C 63 AMG, the driver decided to pull over to help the unfortunate GT-R passengers. Due to the high temperatures in California at the moment, especially in the more eastern areas, the Mercedes-Benz burst into flames. The occupants escaped without injury. 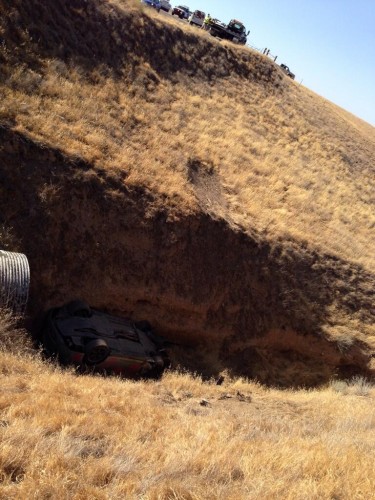 According to reports, the hot brakes started the fire in the grass, which then engulfed the AMG. By the looks of these images, first published by The Supercar Kids, the fire was quite big, burning a large area of grass near where the accident occurred.

The Golden Gate to Hollywood Rally is a unique drive which is created for sports cars and European performance cars. It runs from San Jose and finishes in Hollywood, over three days.