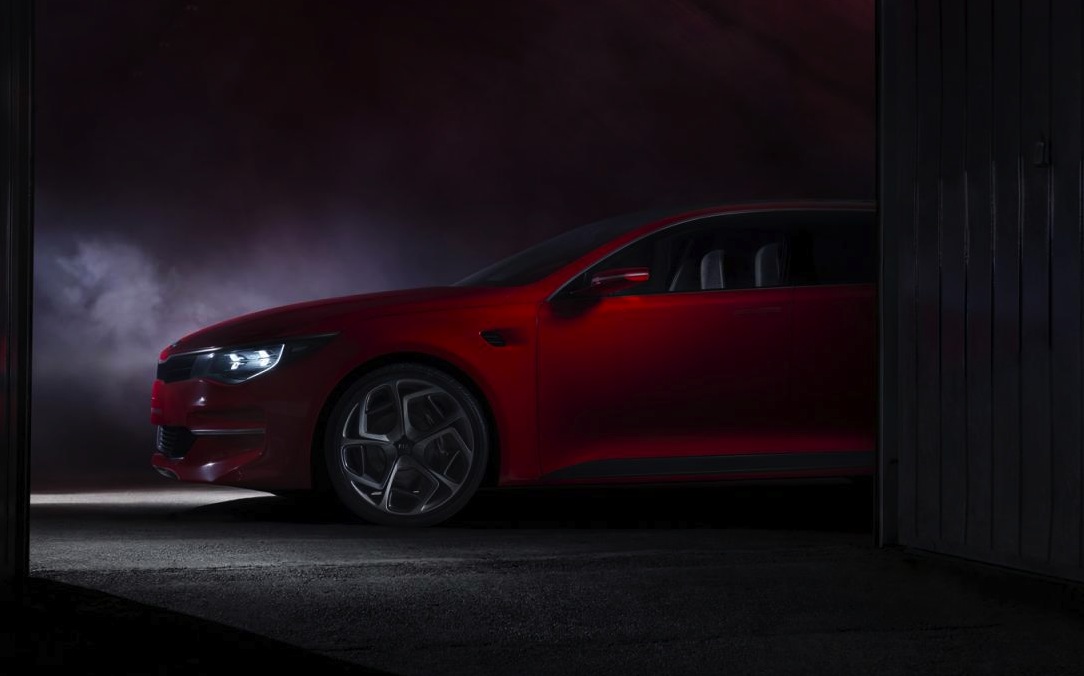 Kia is planning to unveil what is believed to be the next-gen, 2016 Optima sedan at the 2015 Geneva Motor Show in March. So far only this teaser image has been released. 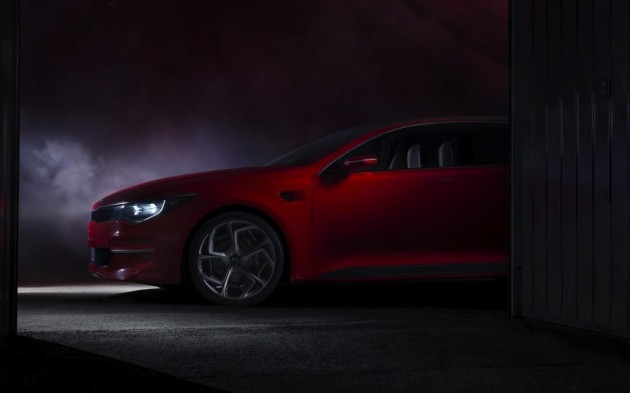 The concept is a new “D-segment” model, according to Kia, and is the 11th concept car created at its European design studio in Frankfurt, Germany. It’s described as showcasing confident, power lines that sweep elegantly from the trademark Kia grille at the front.

No further details have been revealed, however, it does look like an extension or an iteration of the current Optima sedan. You can see bolstered front wheel arches that feature their own side grilles, slimmer headlights, and a low-profile glasshouse area.

The concept is expected to spawn the next-gen Optima sedan. It’s believed the next model will carry over the existing 2.4-litre engine, but it’s also set to come with a 2.0-litre turbo option, borrowed from the new Hyundai Sonata.

A diesel hybrid is also on the cards, taking technology from the Optima T-Hybrid concept revealed last year. There’s no word on a sports variant coming any time soon, although the new turbo engine – rated at 180kW in Hyundai form – could be classed as the flagship.