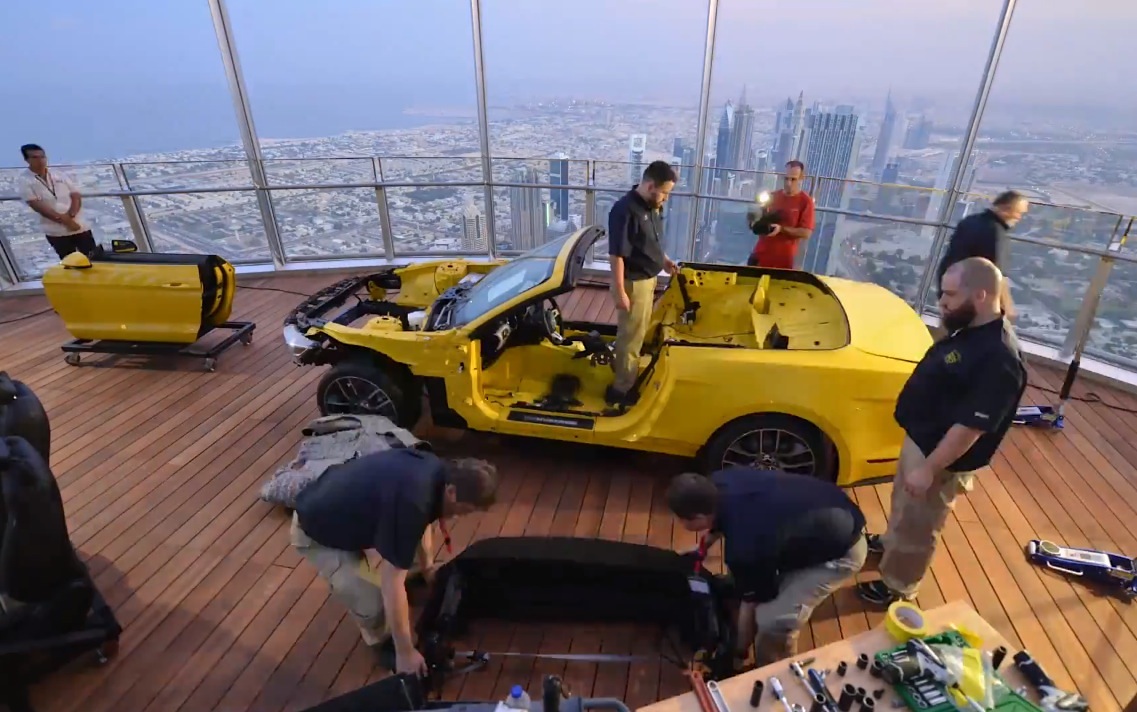 Ford is up to its regular antics once again, this time placing the 2015 Mustang on the world’s tallest building. The stunt follows another sky-high shenanigan which took place at the Empire State Building in New York earlier this year, which was actually a reenactment of the stunt played back in 1965. 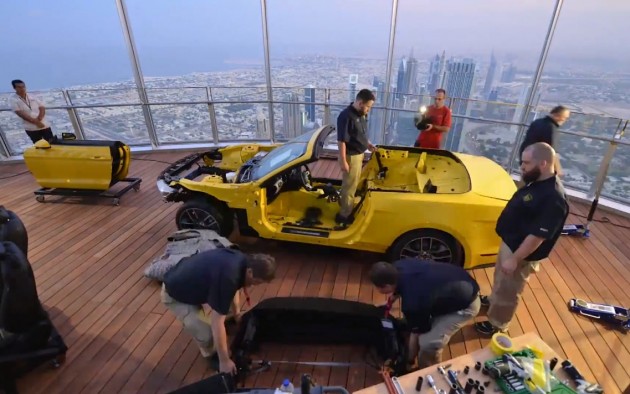 This time the Mustang was pulled, in pieces, to the 112th floor of the Burj Khalifa in Dubai and reassembled to celebrate the final frontier of Ford’s global market growth plan. For the first time ever the Mustang will officially be sold in the Middle East and Africa, where Ford predicts industry sales to grow by 40 per cent by 2020. Ford executive chairman Bill Ford said,

“Today we planted the Ford flag in the Middle East and Africa, an exciting, vibrant region that represents the final frontier for growth in the auto industry. We also sent a message to the world that Mustang is going global after 50 years as America’s greatest motoring icon.”

Ford will launch 25 new model vehicles, including the all-new Mustang, in the market region by 2016 as part of its ‘One Ford’ global philosophy. The Mustang will become a true international player next year, competing with the world’s best.

What better way to mark the occasion and attract attention than by unveiling a yellow version of the sports car on 112th floor of the Burj Khalifa. Around 10,000 fans gathered to see the spectacle which was some 399 metres from the ground, or about halfway up the 829.8-metre colossus. The car was unveiled by Bill Ford, who is also the great-grandson of company founder Henry Ford. 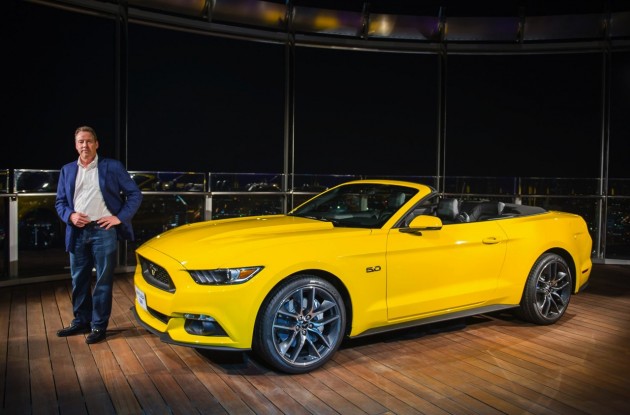 For the first time in history Ford will launch the Mustang in many right-hand drive markets, including Australia and the UK. The local arm is yet to announce prices, however, we will get the 2.3-litre EcoBoost four-cylinder version and the GT V8. Sales start during mid-2015. Check out the video below for a time-lapse of the dramatic debut.