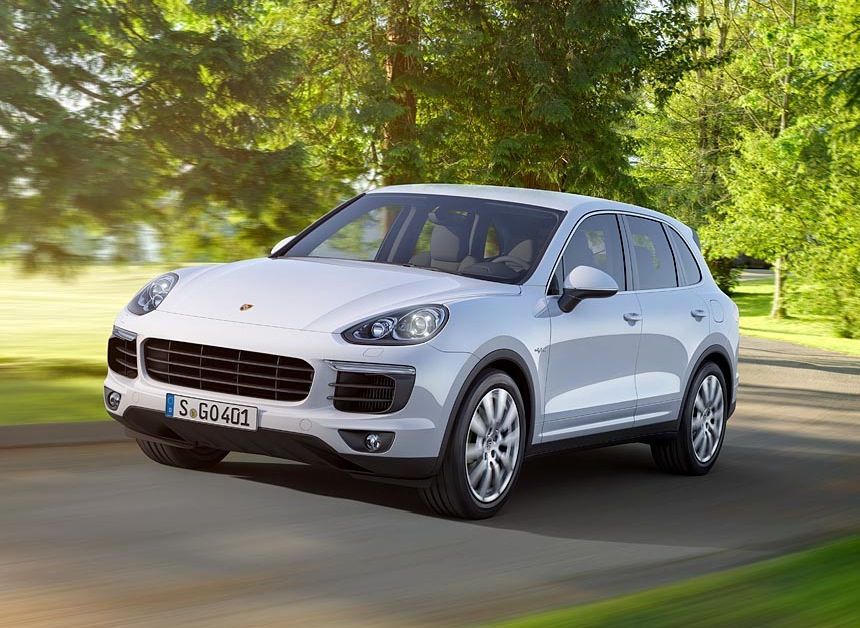 The new 2015 Porsche Cayenne will land in Australia in November, bringing improved efficiency, more equipment, and an updated design inside and out. 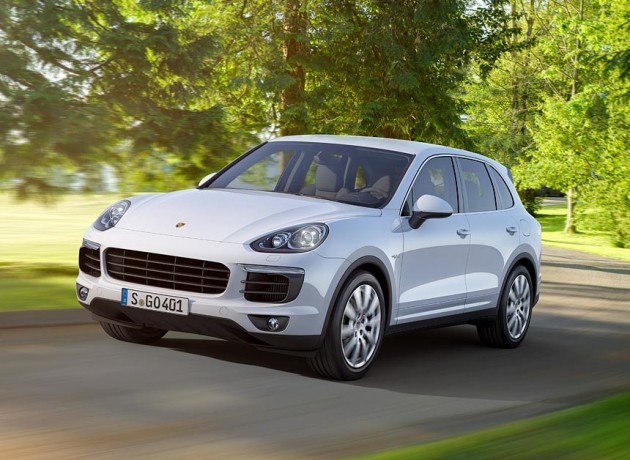 Starting with the specs, the entry-level Cayenne S gets a new 3.6-litre twin-turbo V6 like what is seen in the smaller Macan SUV. It produces a healthy 309kW of power and 550Nm of torque, which is up 15kW and 50Nm over the previous 4.8 V8.

Despite the impressive numbers, the official average fuel consumption is rated between 9.5 and 9.8L/100km. It comes with an eight-speed Tiptronic S transmission that helps propel the big beast from 0-100km/h in just 5.5 seconds. 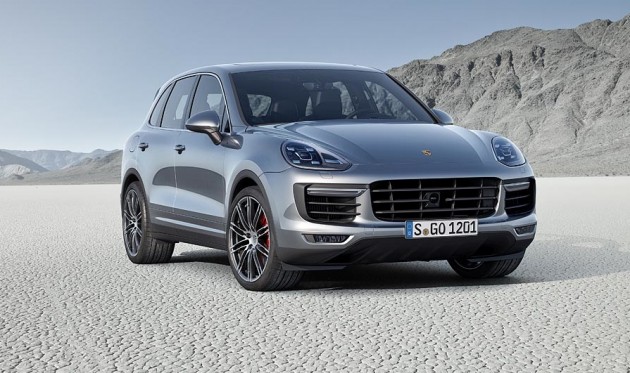 For those who wish for more performance from a diesel, there’s the S Diesel. It comes with a 4.2-litre twin-turbo V8 diesel producing a hefty 283kW of power and an equally hard-hitting 850Nm of torque. Accelerating from 0-100km/h takes just 5.4 seconds. Even though it has the torque of Mother Earth, the fuel economy is rated at 8.0L/100km. 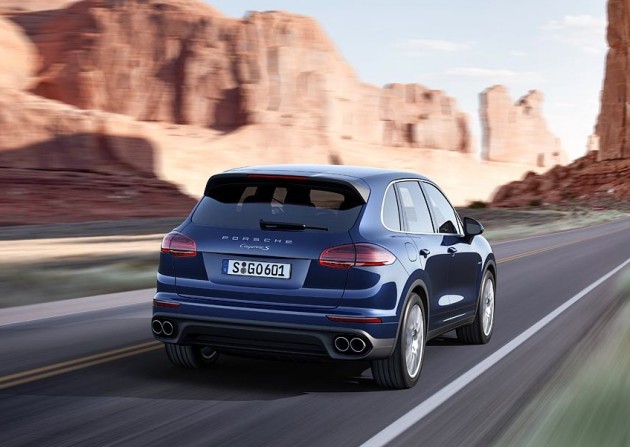 Lastly, the new Cayenne S E-Hybrid2 features a 3.0-litre supercharged V6 engine developing 245kW. Paired with that is a 70kW electric motor, helping to provide a combined output of 306kW and 590Nm.

The hybrid is able to accelerate from 0-100km/h in 5.9 seconds and offers a top speed of 243km/h. It’s also able to drive purely from the electric motor for a range of around 18km to 36km, depending on the conditions. In this mode, the top speed is 125km/h.

Aside from the mechanical stuff, the new Cayenne showcases a mild facelift in styling. There are now ‘airblades’ in the front end, and active cooling flaps behind the middle air intake in the front, with all panels forward of the windscreen being completely re-designed, according to Porsche. 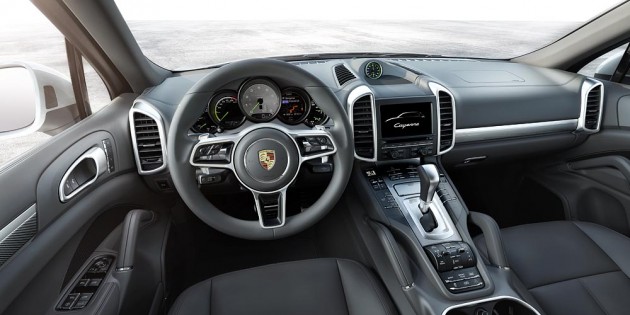 Inside, the driver gets a fresh multi-function steering wheel with paddle shifters as standard, while the rear seats have been revised to offer more comfort and they can be optioned with heating and cooling functions.

Porsche’s tyre monitoring system also becomes standard on all models, as well as an electric tailgate.

Porsche Australia says it will announce prices closer to its launch which is penned in for November 8, 2014.