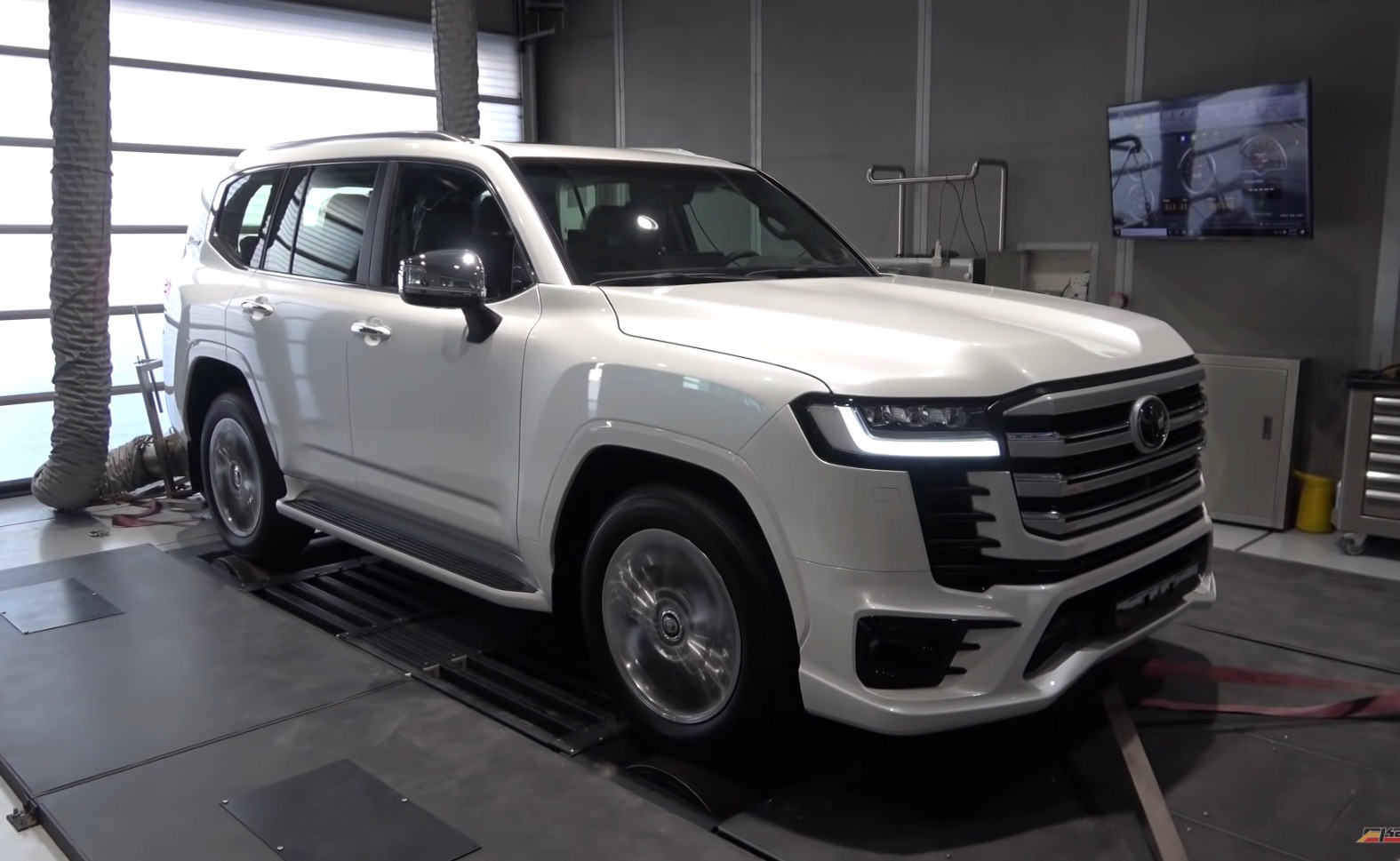 An example of the all-new 2022 Toyota LandCruiser 300 Series has been strapped to a dyno in Bahrain to see what sort of real-world power its new twin-turbo V6 unleashes. This is one of the first dyno tests around (if not the first, outside Toyota). 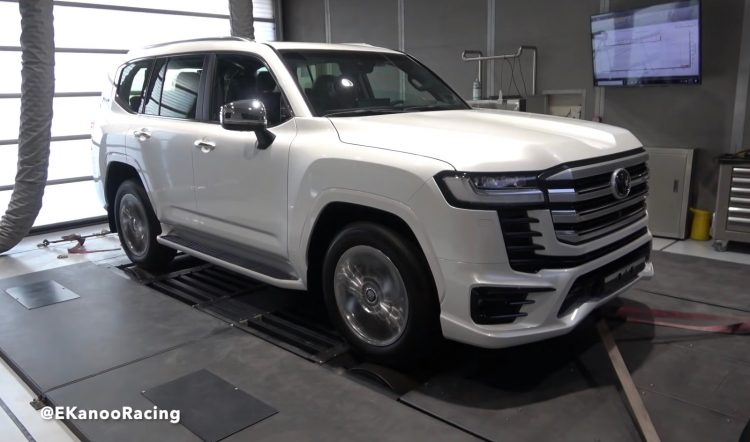 The team at EKanoo Racing managed to get their hands on the new 300 Series already and conduct a number of dyno tests to see what’s what. According to the company the vehicle is completely standard, featuring the 3.5-litre twin-turbo V6 petrol engine option.

This new engine (for the LC), codenamed V35A, develops 305kW and 650Nm according to Toyota Australia specifications – some regions might have slightly different values. This is all sent through a 10-speed automatic transmission and into a full-time four-wheel drive system.

On the dyno the big beast laid down 370hp (276kW) at the wheels. Taking into account the losses caused by drivetrain loads/friction, usually calculated at around 15 per cent, that means the engine is producing around 435hp (324kW) at the crank. According to this test.

Interestingly, the guys at EKanoo found 377hp (281kW) at the wheels when running a VP Octanium octane booster through the fuel (claims to increase RON by around 8 points). That’s around 444hp (331kW) at the crank.

It’s always a bonus when manufacturers under-claim figures, and it appears as though Toyota has done that with the new LandCruiser. However, we mustn’t rely on that common 15 per cent loss rule too heavily. As drivelines become more and more efficient (not just for fuel economy but also efficient in delivering as much power available from the engine as possible), the losses in this case might actually be less. 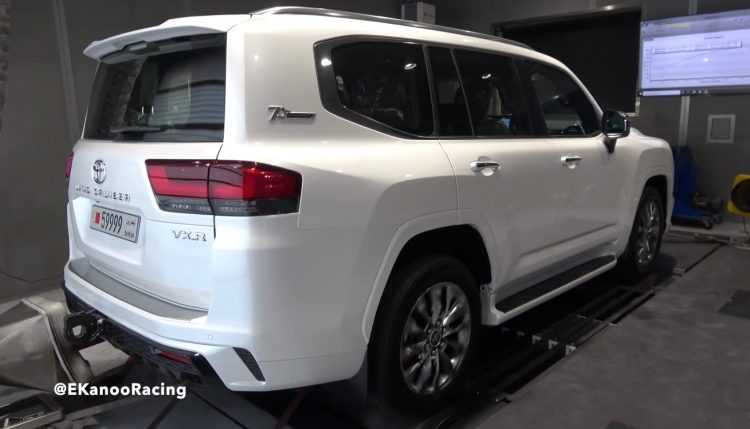 Another example, Porsche 911s often have less drivetrain loss because the engine (in the back) feeds more directly straight into the rear wheels (on RWD models anyway). A similar thing can be said of front-wheel drive vehicles, especially those with nice and tight differentials and gearboxes.

Even still, it is certainly a good sign and it should go some length to satisfy traditional LandCruiser owners who might accept nothing but a V8. This new 3.5-litre twin-turbo V6 is more powerful and provides a heap more torque than both the 4.6- (227kW/449Nm, in Australia) and 5.7-litre V8 (270kW/530Nm) petrol units it replaces.

Buyers will also be offered a new 3.3-litre twin-turbo V6 diesel, which replaces the 4.5-litre twin-turbo V8 diesel. It develops 227kW and 700Nm, which, again, is a lot more than the 200kW and 650Nm offered in the outgoing V8. Both engines using a 10-speed auto might also provide some benefits in acceleration, highway refinement, and off-road adaptability.

EKanoo Racing says it is working on a “500AWHP” tuning kit for the new 300 Series, which will be very interesting indeed. The team is likely laying some foundations and benchmarks with this first dyno run. Click play below to see how it goes. The new LandCruiser is scheduled to arrive in Australia during the fourth quarter of this year.