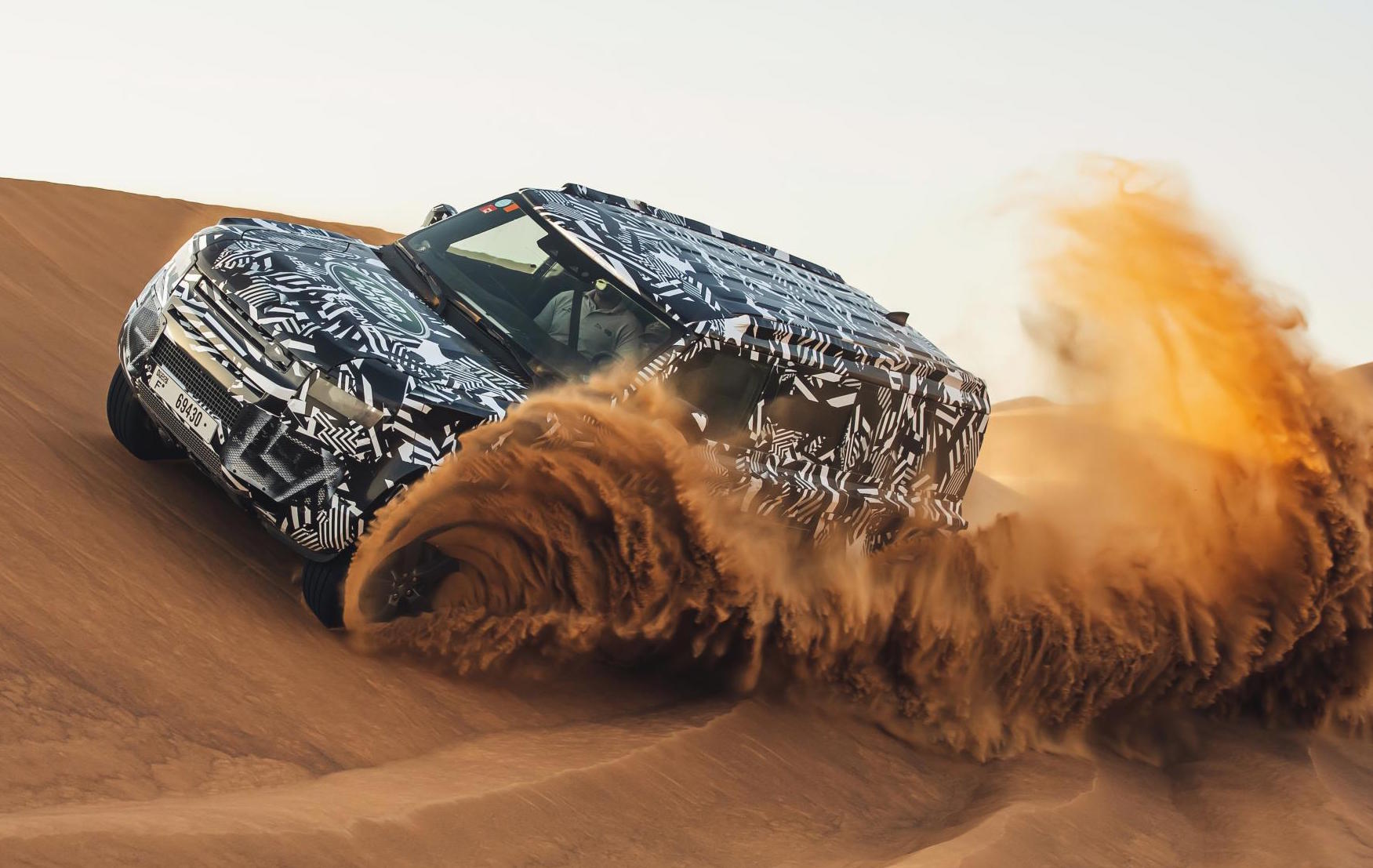 Land Rover is still busy developing its all-new Defender rugged 4×4, with testing recently conducted in the famous sand dunes of the UAE. Prototypes have been pushed through gruelling conditions in hot weather to ensure they live up to the nameplate’s legendary status. 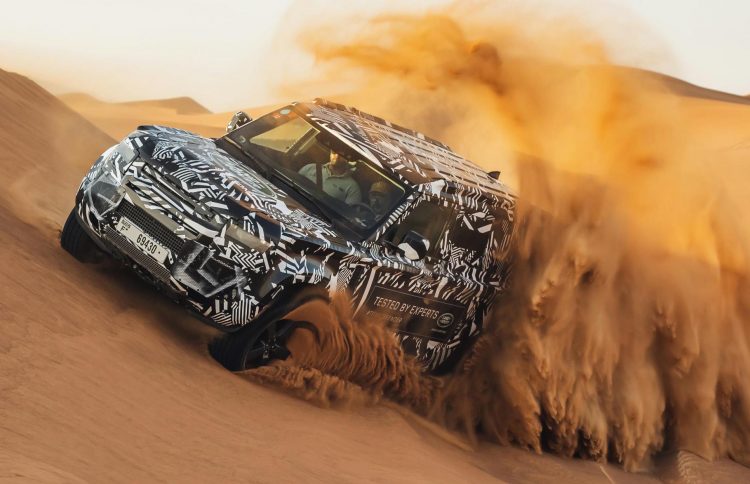 To assist and oversee the testing, Land Rover visited the International Federation of Red Cross and Red Crescent Societies (IFRC) in Dubai, with global fleet managers given the opportunity to experience the abilities of the prototype, on and off the road. Fleet experts drove the test vehicle to see for themselves, in the sand dunes in the desert and on the iconic Jebel Jais highway along its twisty turns.

“Jaguar Land Rover is proud to support the work of the IFRC. Since 1954 our vehicles have enabled access to remote and vulnerable communities, helping them become more resilient, and we hope the new Defender will maintain this heritage. The dunes of Dubai are the perfect place to confirm that this is the most capable Land Rover ever made.” 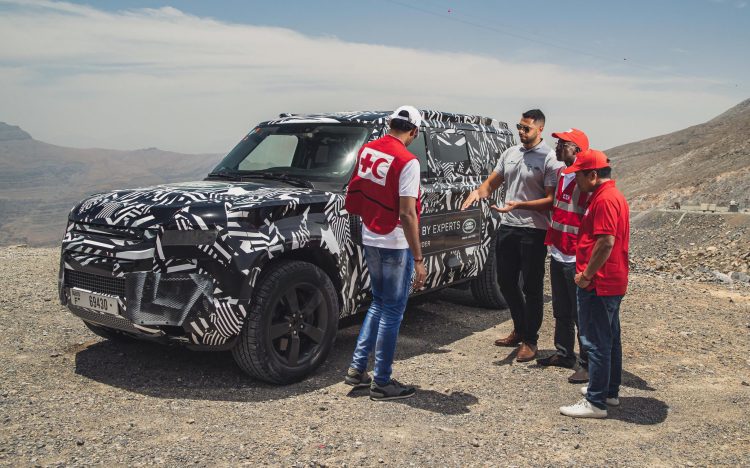 Rogers confirms the new Defender will be available with tyre sizes of up to 32 inches, like the predecessor. These large tyres provide a desirable contract patch, making it perfect for serious off-roading. Also, with large tyres available as standard, the legal upgrade possibilities should be appealing for hardcore enthusiasts. The new model will also come with Land Rover’s advanced stability and traction management system, likely an evolution of the current Terrain Response program. Rogers said:

“It sits on tyres with an overall diameter of up to 815mm, resulting in a very large contact patch. Coupled with our bespoke traction control system, which monitors and adjusts for a large variety of terrains, this makes the new Defender fantastic on sand and incredibly smooth on road as well.”

According to leaked information, the new Defender is set to be offered with a range of petrol and diesel engines. These are set to span from D200, D240, D300, and from P300, P400, and P400 PHEV. Outputs look like they will go from 147kW and up to 221kW, or 294kW for the flagship PHEV. Needless to say, the new model will not only be the most capable, but also the quickest. A full debut will take place later this year.