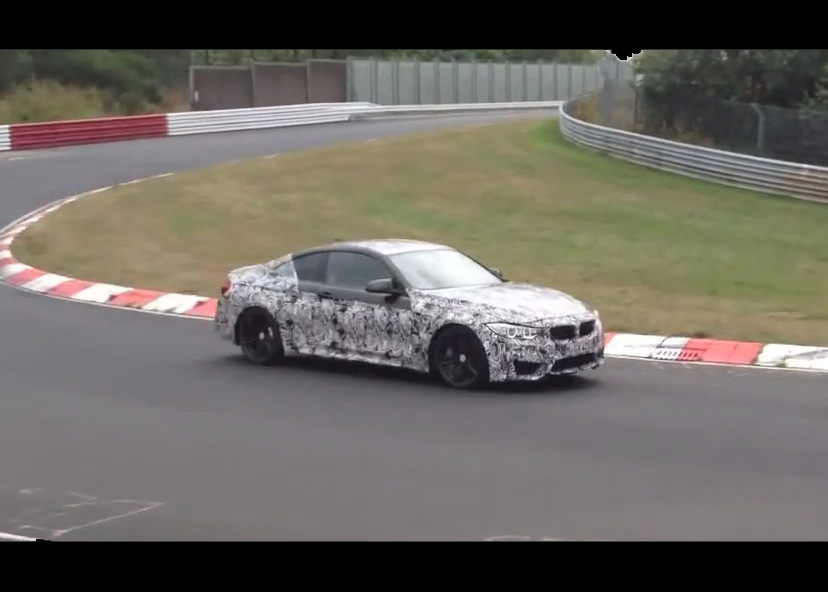 BMW has been spotted once again testing a prototype version of the upcoming BMW M4 sports coupe. This time, it seems the company is checking the car’s drift-ability at the Nurburgring. 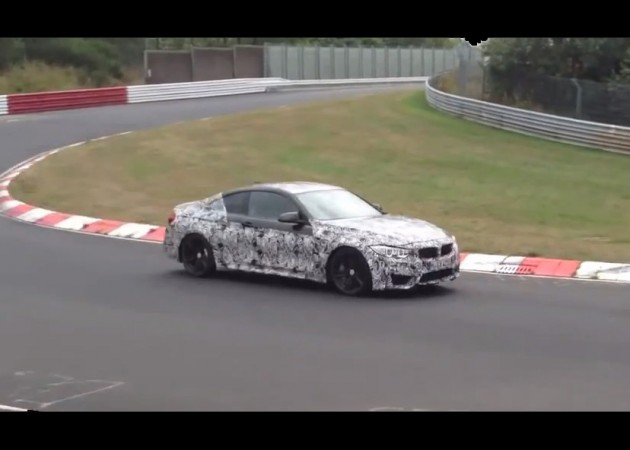 The new BMW M3 will become a sedan-only model while the M4 will become the two-door version. It will be inspired by the BMW M4 Concept Coupe revealed last month, sporting a number of ‘M’ styling and mechanical highlights.

Details on the new powertain are still yet to be uncovered. It’s understood it will come with a version of the company’s 3.0-litre TwinPower turbo straight-six, producing around 335kW.

There has been some speculation suggesting the engine could use triple-turbo technology, like the M50d X6 and X5, while others have predicted a 3.2-litre displacement.

Whatever the engine ends up comprising of, it is likely to be matched up to a seven-speed M DCT dual-clutch automated manual. A six-speed manual is set to be offered as well.

All is expected to be revealed next year at the North American International Auto Show in Detroit, starting January 13. Click play below for a preview.