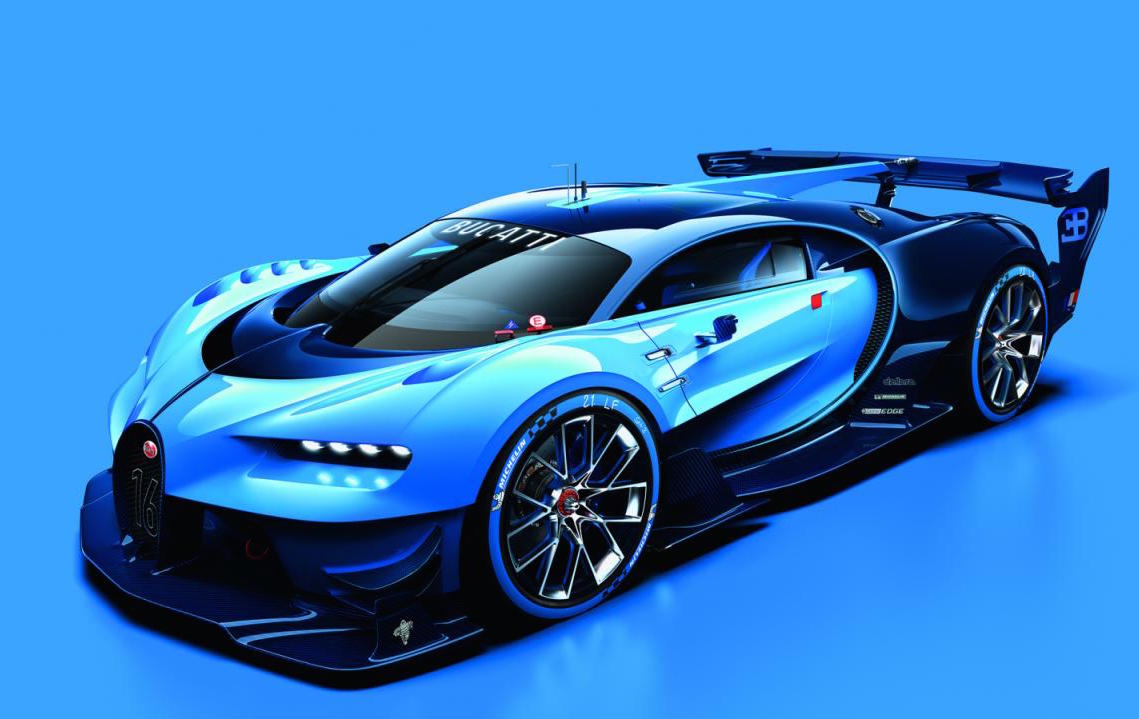 The Bugatti Vision Gran Turismo has been officially revealed online before its big unveiling at the Frankfurt Motor Show. Is it as amazing as we all thought it would be? Well, just look at it. 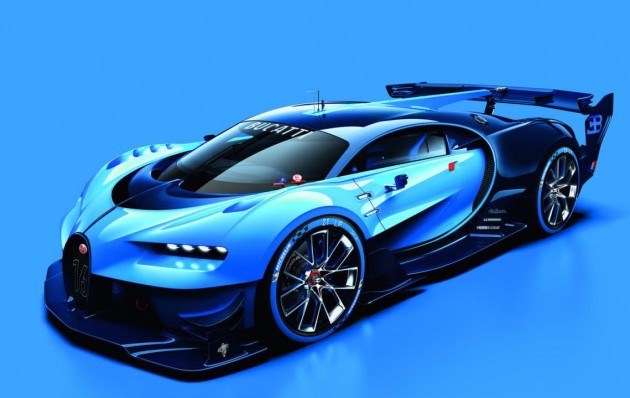 You can certainly see the Bugatti Veyron’s genes hiding within the design, but there’s also plenty of awesome details that really stand out. Take the side air intakes as an example. These have been elaborated to create the horseshoe shape of the iconic front grille.

The body features a number of intricately detailed wings and spoilers too, including a NACA intake developed into the roof, a multi-tier rear wing which is supported by a central brace that runs through to the roof, as well as a super-low skirting system just like an all-out Le Mans racing car. Achim Anscheidt, the head of Bugatti Design, said,

“The Bugatti design team normally works only for the exclusive and very distinguished circle of the brand’s customers. Now Bugatti Vision Gran Turismo has given us the opportunity, for the first time, to do something special for our fans as well.”

Bugatti says there were two main characteristics that the designers came up with in creating the concept; the car should look unmistakably like a Bugatti, and secondly, every single part of the car should have a real function.

No details have been revealed about the powertrain, unfortunately, so we’re going to take a punt and say it features a hybrid version of the Veyron’s 8.0-litre quad-turbo W16, producing around, oh, 2000hp. We’ll be excited to hear the official specs.

This beast could soon be in your garage, virtual garage that is, in Gran Turismo 6. The intense machine will also be on display at the Frankfurt show, starting September 15. Stay tuned for plenty of highlights.