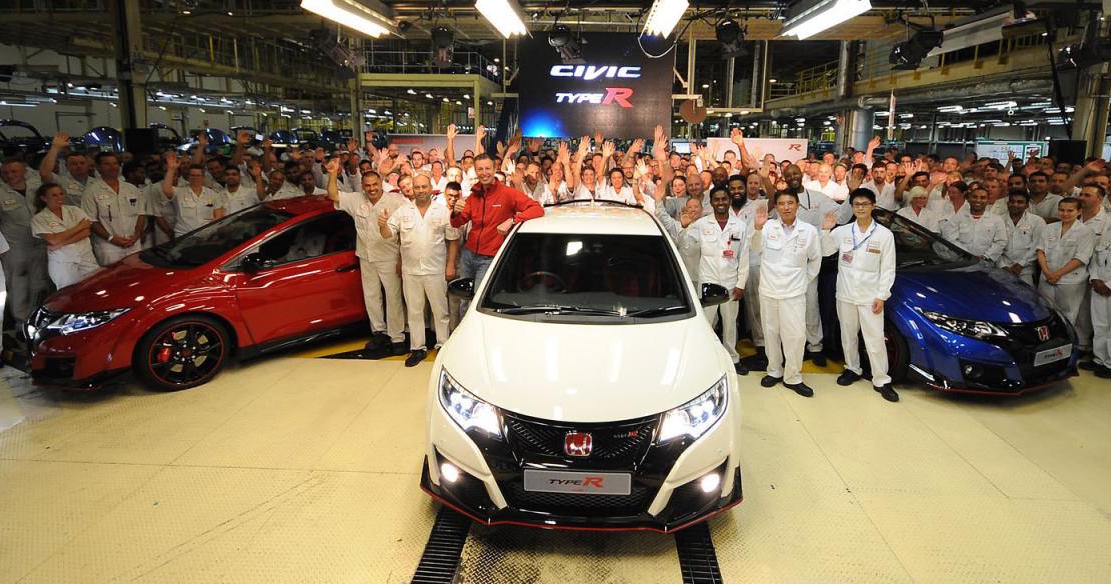 The all-new Honda Civic Type R has finally gone into production at Honda’s Swindon production plant in the UK. 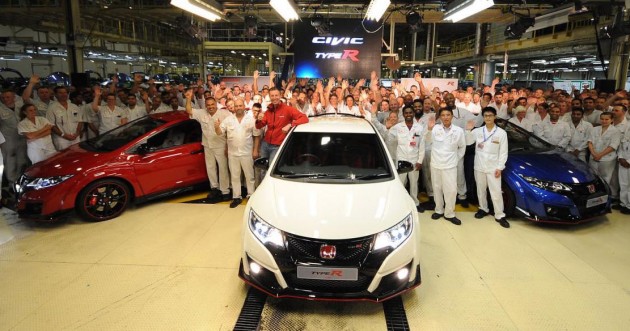 Honda’s manufacturing team is celebrating the production of the first three examples of the hotly anticipated hyper hatch, with a special event with lights and music to mark the occasion.

The three examples were dressed in white, red, and blue colour schemes, ready to be sent off to various Honda dealerships throughout Europe. Honda’s Swindon plant will be building all examples of the Type sold throughout the world. Soichiro Takizawa, managing director at Honda UK Manufacturing (HUM), said,

“The new Civic Type R is an imperative model for Honda, representing our racing spirit and demonstrating our commitment to innovation and passion. We are extremely proud to be the only manufacturer of the Civic Type R in the world.”

To refresh your memory, the new Type R comes with a fresh 2.0-litre turbocharged VTEC four-cylinder engine producing 228kW and 400Nm. It recently helped the hatch set a Nurburgring front-wheel drive lap record, with a time of 7:50.63. It’s only available with a six-speed manual transmission.

Honda’s Australian arm has previously said the hot hatch will go on sale locally, however, there has been talk of the department struggling to secure numbers due to the high demand in Europe. A local launch is tipped for 2017. Let’s keep our fingers crossed.